Rafael Nadal Thinks His Defeat Against Carlos Alcaraz Was A Handover! 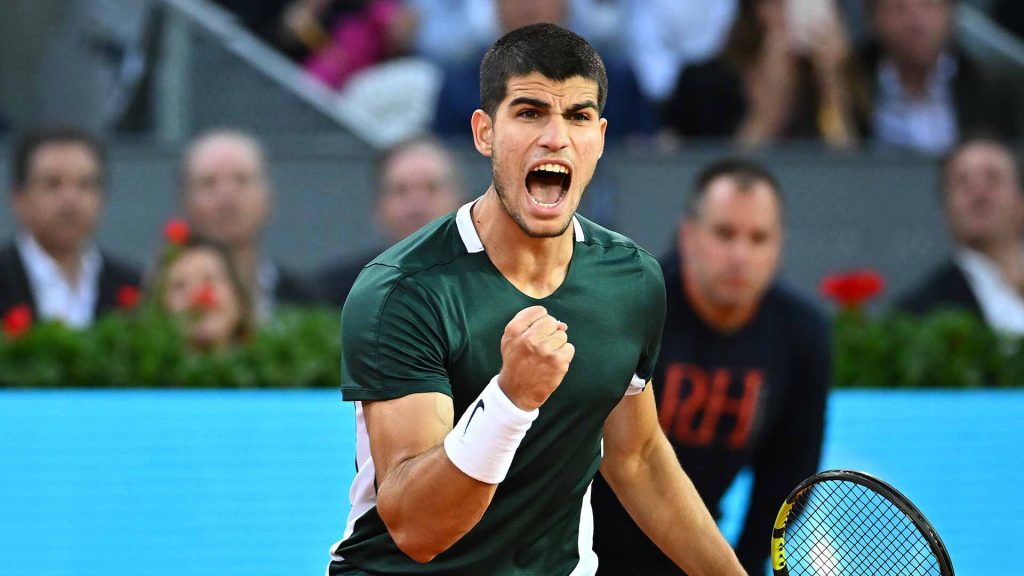 Rafael Nadal returned to the tennis world after being sidelined for six weeks due to a rib stress fracture. The Spaniard returned to Madrid to win his fifth Caja Magica title at home. The 21-time Grand Slam winner won his first two games against Miomir Kecmanovic and David Goffin. The 25-year-old went on to compete against his fellow compatriot Carlos Alcaraz in the quarterfinals of the Madrid Open. However, Rafa’s campaign came to an end after young Alcaraz defeated the Spaniard by 6-2, 1-6, and 6-3 in two hours and 28 minutes.

With the win, Carlos became the youngest tennis player to defeat Nadal on clay. The 19-year-old put up a solid performance during the first and third sets against his idol Rafa in the quarterfinals. Moreover, the younger Spaniard managed to save six out of nine break points and clinched four return games out of five chances. Carlos controlled the game by overpowering Nadal with 37 winners and 21 unforced errors. Alcaraz managed to win the first set comfortable with an early break in the first game and saving three break points in the next one. However, Nadal secured the fourth break after Alzarz’s double fault to level the score 1-2. Carls continued to serve well and clinched the first set by 6-2.

Nadal wasted three break points in game two of set 2 while the teenager injured his ankle in the next one. After a medical timeout, Nadal led the second set for the most part, with good serves and delivering breaks to clinch the second set by 6-1. During the final set, Carlos made a strong comeback when Rafa grabbed the eighth game, forcing his opponent to serve for victory. However, the young Spaniard showed no signs of panic and earned a match point with a drop shot winner in the ninth game. Alcaraz won the game with an amazing forehand down the line to secure a quarterfinals victory.

Rafael talked about the game and Carlos Alcaraz during the post-match interview. The King of Clay congratulated Alcaraz and acknowledged that he was a better player in certain aspects. The Spaniard felt that he needed to raise his level in Rome and Paris. Further, Nadal shared that it was not easy to bear the loss. But he was aware of the expectations in Madrid. The tennis giant wished his fellow countryman the best for the rest of the tournament. Moreover, Rafa added, “Carlos is 19, and I’m 36. Of course, it’s a handover.”

Carlos beat the world no. 1 Novak Djokovic in the semifinals. Further, the 19-year-old defeated Alexander Zerev in the finals to lift the Madrid open title on May 8th.