Players Arsenal Will Look To Acquire During The Upcoming Summer Trade! 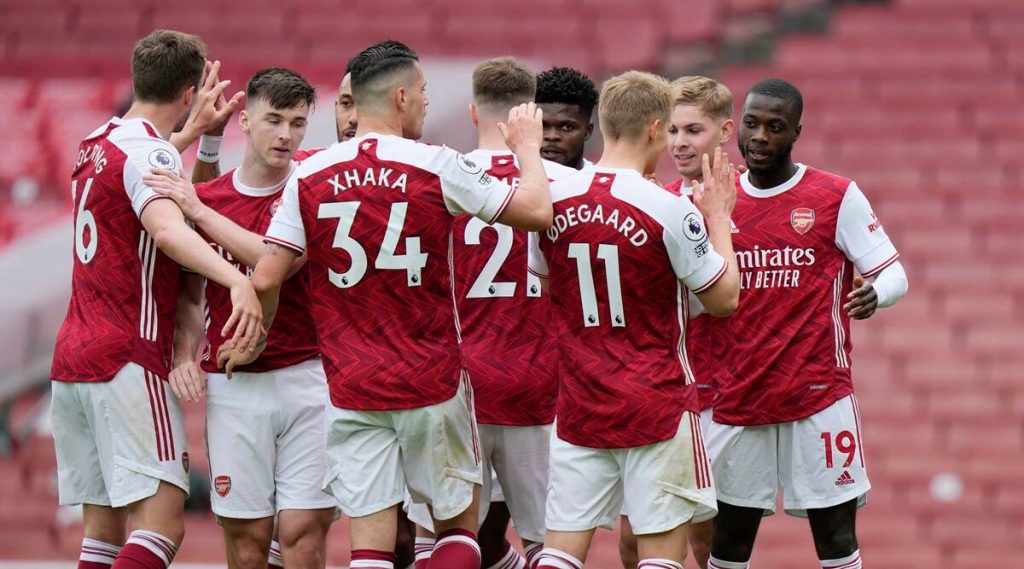 Arsenal came extremely close to finishing fourth in the Premier League and qualifying for the Champions League this season. However, Mikel Arteta’s side stumbled as they faced two consecutive losses against Tottenham and Newcastle City. The reason behind the Gunners’ inconsistent performance this season was due to the lack of bench strength which was exposed after a series of injuries.

However, Arsenal will have an opportunity to play in the Europa League. Hence, Arteta will have a chance to get some big players during the summer transfer to strengthen their side and put up a better fight next season. With the summer transfer approaching, several players have been linked to the Gunners who could join the Emirates Club and help the franchise do better next year. So, let’s take a look at all the possible prospects who could end up in North London this summer.

Serge Gnabry Could Return To Arsenal

The Bayern Munich winger could make a possible comeback to Emirates Stadium this summer. The German footballer will enter the final year of his deal with Bayern. And there have been speculations about his future at the club. However, the Gunners may not be able to get the 26-year-old this summer. Sadly, they failed to qualify for the Champions League yet again. Hence, Serge might return to the north London club in 2023 when he enters free agency. Gnabry has played ten games for Arsenal between 2012-2016 before finally moving to Bayern Munich in 2017.

Reports suggest that Eddie Nketiah would be looking for a new club this offseason. The Chelsea and Arsenal academy graduate has been with the Gunners since 2017. He was loaned to Leeds United during the 2019-20 season. The 22-year-old has been reportedly offered a five year-deal for £100k-per-week. He was also presented with a signing bonus of £5m for closing the deal. It seems like the move could go Arsenal’s way as the Nketiah is keen on staying at the club after scoring five goals in his last seven appearances for Arsenal.

PSV is making great efforts to hold Cody Gakpo at the club this summer after Arsenal’s growing interest in the winger. As per the Mirror, PSV offered a wager bonus and lucrative contract promises to make the 23-year-old stay at the club. The Gunners will look to get Cody to their side this summer. The youngster has 27 goals for the Dutch side in 92 appearances. Hopefully, Arsenal will get hold of some of these crucial players who could prove to be game-changers for the Gunners next season.