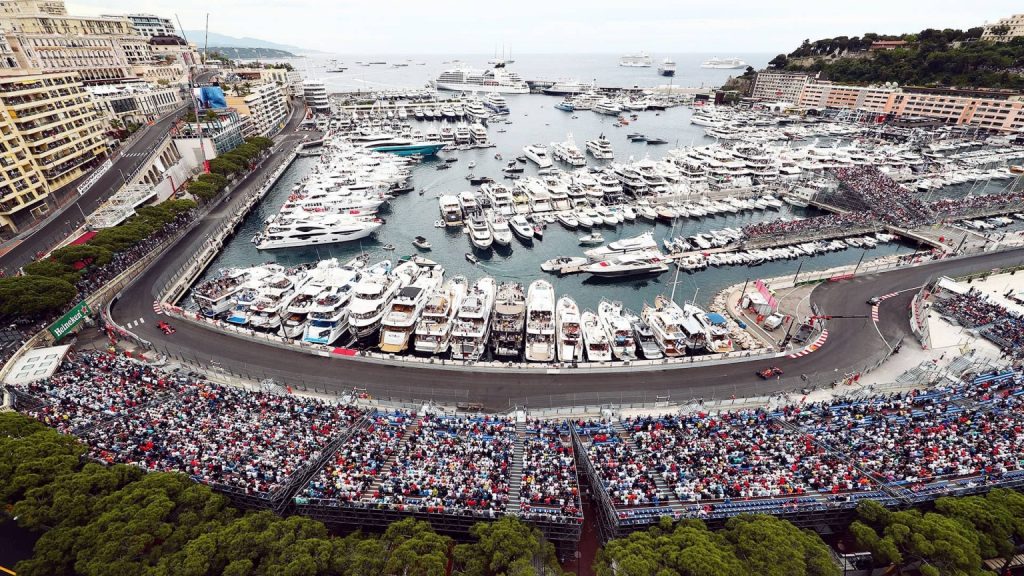 Monaco Grand Prix is one of the most challenging races of the year as it takes the most focus from the drivers. Many racers dream of finishing on top in Monaco, as it is considered to be the highlight of their careers. However, the Monaco track is not renowned for its overtaking. Hence, to win a race on Sunday, a driver must fight hard during Saturday’s qualifying to get a front grid spot. With the modern cars becoming wider, it is nearly impossible to overtake around the tight and twisty street circuit.

Last year’s race witnessed zero on-track overtake during the opening lap, and the only real drama at the event was Charles Leclerc’s pre-race retirement from pole position following a qualifying crash. Red Bull’s Max Verstappen won the race last year. He is known for his swift overtakes. However, the Dutchman could not even fit his car through the tight spaces of the Monaco circuit. Meanwhile, in research conducted by BonusCodeBets, Monaco has averaged ten overtakes per race in the last ten years. This statistic is substantially lesser than any other circuit on the calendar. Surprisingly in 2018, Daniel Ricciardo managed to ward off Sebastian Vettel from overtaking, despite losing a quarter of his engine’s power for fifty laps. Daniel still managed to keep Vettel behind due to the track’s overtaking limitations.

In the past decade, there have been 101 overtakes in Monaco, which is much lesser than the Chinese Grand Prix, where 170 overtakes were recorded during a single race in 2016. But recently, the three-time Monaco GP winner Lewis Hamilton spoke from the fans’ perspective and demanded the race to be made more exciting for future generations.

Hamilton Thinks Monaco GP Is Not Exciting For Fans

Lewis Hamilton recently called for a change to make the race more interesting for the fans. The Briton revealed that the format had been the same for years. He feels that Monaco is a great venue and the most beautiful place to race. However, Hamilton believes that the race is not exciting for the fans due to limited overtaking opportunities. Moreover, the Mercedes driver stated that Monaco GP is a one-stop race with long stints. It is off the scale on the list of most difficult places to overtake. And it is highly unlikely for a driver to pull off an overtaking opportunity.

Further, Hamilton shared that he does not feel that the fans enjoy it. He was also not aware of the solution. But the Briton hoped that Monaco could be a more exciting race as F1 looks forward to the future generations. While Sunday may not be as fun, Saturday brings out one of the most challenging qualifying races of the year. In Monte Carlo, grid sports usually convert into finishes and points. Hence, the drivers are required to stay focused at all times and avoid mistakes.

It is said that drivers have to pay harsher prices for their errors in Monaco. The tires are millimeters away from the naked barriers throughout the lap. Hence, a mistake usually results in a most certain retirement. Moreover, with the 18-inch wheels introduced in 2022 and the aero flaps restricting the view from the cockpit, the track will become even more testing for the drivers this year.

On the other hand, Alpha Tauri’s Pierre Gasly shared his perspective on the racing circuit in Monaco. The French racer pointed out that while the race might be dull for the fans, the drivers inside the cockpit need the highest level of concentration.

The 26-year-old said that Monaco GP might not be the most exciting race of the year for the fans. However, it is the most exciting one for the drivers in terms of concentration and the level of difficulty. He added, “Driving right on the limit at this circuit requires maximum concentration and it’s a real challenge. One that I very much appreciate.”

Pierre further shared that he likes the super-complicated track, which evolves from one session to the next. He thinks that being on the limit, just millimeters away from the barriers gives a real adrenaline rush. Moreover, Gasly mentioned that it might be nearly impossible to overtake wider cars this year. Monaco is the Frenchman’s favorite track and definitely in his top three. Thus, Saturday’s qualifying could turn out to be a more exciting run than Sunday’s main race. This is because the grid positions could be the major winning factor this year in Monaco.

Share. Facebook Twitter Pinterest LinkedIn Tumblr Email
Previous ArticlePlayers Arsenal Will Look To Acquire During The Upcoming Summer Trade!
Next Article LeBron James Overpaid $2.2 Million For A Porsche 918 Spyder After Winning The 2020 Championship With The Lakers!