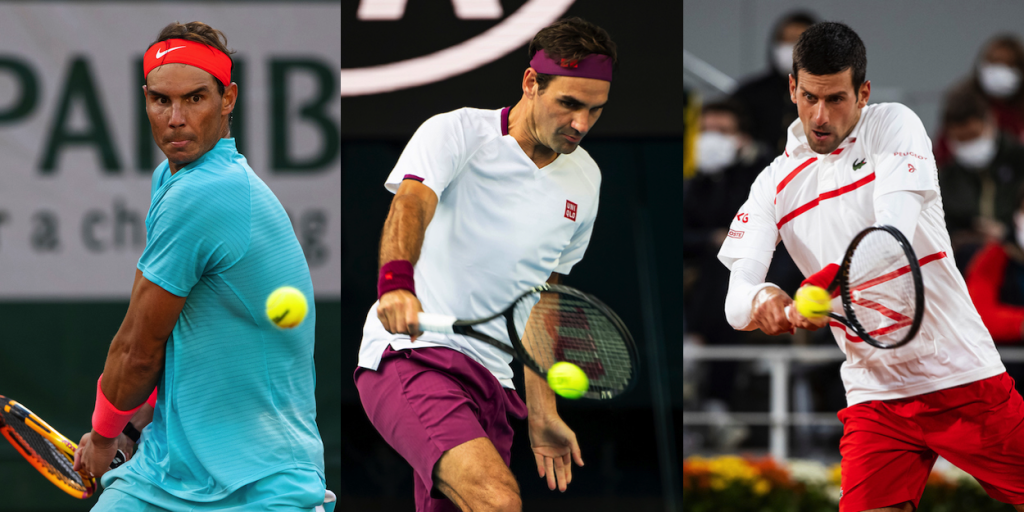 Novak Djokovic recently reclaimed the top position in the ATP rankings after Daniil Medvedev lost the quarter-finals of the Indian Wells Masters. Serena William’s former coach Patrick Mouratoglou stated that Djokovic has the capability of winning 25-30 Grand Slam titles with the shape he is in currently. Moreover, Patrick is widely rumored to become Djokovic’s newest coach. He might replace Marian Vajda on Novak’s coaching team during the upcoming weeks. Patrick Mouratoglou feels that Roger Feder may not be able to catch up with Nadal and Djokovic after sustaining a knee injury. Unfortunately, Federer has been out of the tennis court for more than eight months.

Rafael Nadal passed Djokovic and Federer to clinch his 21st Grand Slam title during the Australian Open 2022. Now that Nadal is ahead, Djokovic would be looking to catch up with the Spaniard while Federer still fights to get back on the court. Patrick Mouratoglou feels that it would be very hard for Roger Federer to win another major title during the late stage of his career.

What Does Mouratoglou Have To Say About Roger Federer?

Patrick has been Serena Williams’ coach since 2012. He helped 23-time Grand Slam Champ win ten major titles. Mouratoglou has also coached several other players over the years. The French coach told Tennis World USA that Roger Federer won his last Grand Slam title back in 2018. Federer has only played three majors in the last two seasons. Moreover, Roger has also announced that he will not attend Wimbledon this year. Thus, Patrick said, “I see it hard that he can increase his Grand Slam tally.”

Federer and Djokovic have 20-Grand Slams each. However, Roger has not been able to win any of the four major tournaments. He won his last title in Melbourne back in 2018. After being out of the court since August last year, it will be extremely tough for the forty-year-old to get back to his best form during the concluding stages of his career. Further, it would be tougher to compete against tennis giants like Nadal and Djokovic, who have got an age advantage on him. However, Federer shared a video of himself hitting forehand shots on Instagram recently. He seemed motivated to get back in shape and return to the court soon to win his next title.

The 51-year-old French coach suggested that Djokovic will have to win Wimbledon if he wants to stand a chance of chasing Nadal. Patrick believes that Nadal has a high possibility of securing the French Open. He has won four consecutive Roland Garros between 2017-2020. Fortunately, Djokovic managed to end Nadal’s winning streak last season. However, the Spaniard suffered a painful rib injury during the Indian Wells finals against Taylor Fritz, ruling him out for 4-6 weeks.

Patrick feels that Djokovic was ahead of Nadal before the Australian Open. However, he could not play in the tournament due to his deportation from Australia. Rafa’s win in Melbourne has forced Djokovic to chase again. The Serbian has not been able to play major tournaments this year due to his stand on vaccination. He will make an appearance at the Monte Carlos Masters in April.

Hence, Djokovic needs to establish himself in 2022 by winning Wimbledon. The next major tournament would be the Rolland Garros, where Nadal has won seven times in the past ten seasons. Therefore, Djokovic will be under a lot of pressure at Wimbledon as he catches up to Nadal. Meanwhile, Federer battles his injury to make a comeback.

Share. Facebook Twitter Pinterest LinkedIn Tumblr Email
Previous ArticleLewis Hamilton & Other Drivers Unsure About Racing In Saudi Arabia After Missile Strike 10-Miles From Circuit!
Next Article Lakers’ LeBron James Says “We Are Who We Are,” After Another Disappointing Loss Against The Pelicans On Sunday