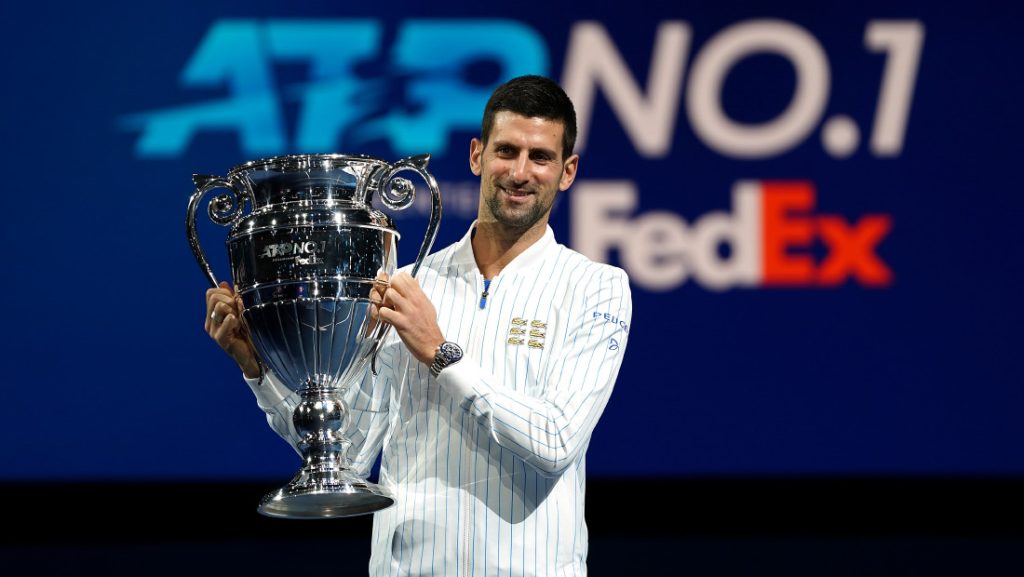 For several months now, Novak Djokovic has been at the center of a heated debate regarding his anti-vaccine stance. This has prevented him from playing a few tournaments as well. And once again, Novak Djokovic has reaffirmed his position on the Covid-19 immunization. He is prepared to skip the US Open later this year if vaccination is required to compete in the season’s last Grand Slam. Novak might not be a part of as officials have said that those who have not received their required immunizations would not be admitted.

Even if it prevents him from competing in the US Open later this year, Novak Djokovic has repeated his position on not receiving the Covid-19 vaccination. Speaking ahead of the Wimbledon 2022 season, Novak stated he can now not prevent a potential US Open suspension.

During a press conversation on Sunday, Novak stated, “As of today I am not allowed to enter the States under these circumstances.” He added, “I am aware of that. And this is an extra motivation to do well here. Hopefully, I can have a very good time here as I have had in the last three editions.”

The 35-year-old Serb was lately denied entry in Australia and will not be permitted to participate in the US Open. He was denied entry to Australia due to his lack of COVID-19 vaccination. The top seed is attempting to become just the fourth player to successfully defend his Wimbledon title four times in a row in the Open Era.

As vaccination is compulsory to enter the US, Djokovic may not play in any Grand Slam tournament there until the French Open the following year. Rafael Nadal currently holds the record for most Grand Slam championships won, with 22, eclipsing Djokovic’s 20. This has seriously hurt Djokovic’s chances of breaking that record.

After being unable to defend his Australian Open title, Djokovic suffered a 2000-point drop in the rankings. Irrespective of whether he wins Wimbledon, the Serbian will lose another 2000 points. This is because the grass-court Grand Slam is no longer eligible to award ranking points. This is because of Wimbledon’s decision to exclude players from Russia and Belarus.

Djokovic further stated that it would be a dream come true for him to equal Pete Sampras’ Wimbledon record. The Serb is attempting to capture his seventh Wimbledon championship. With this, he will tie Sampras for second place and fall one championship short of Roger Federer’s record of eight Wimbledon victories.