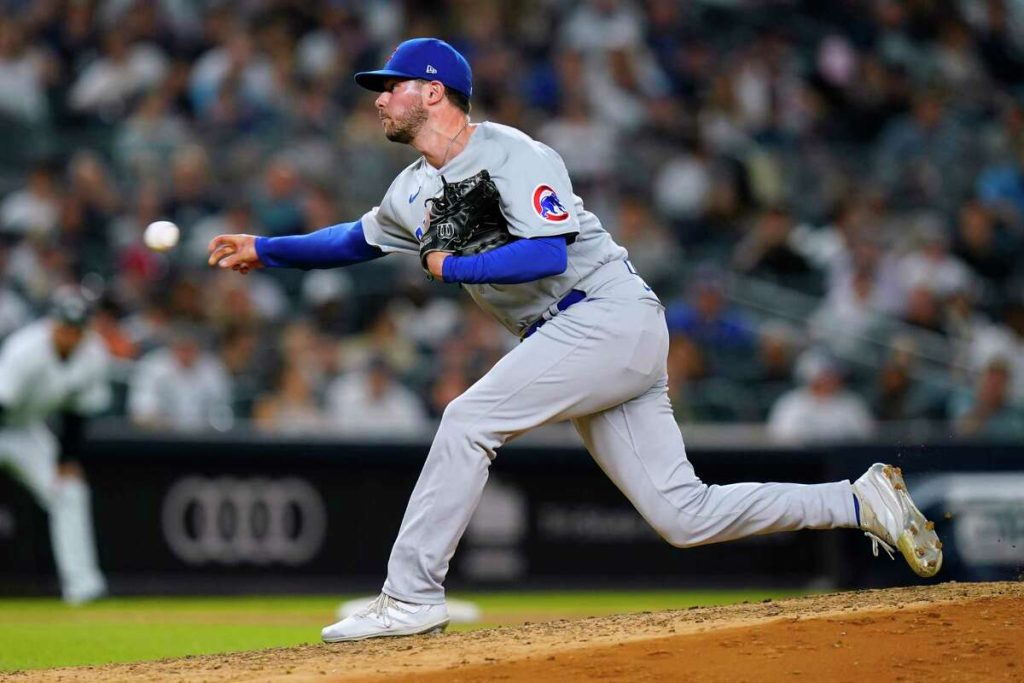 On Monday, the Chicago Cubs reliever Scott Effross joined the New York Yankees ahead of Tuesday’s trade deadline. The 28-year also was traded to the Bronx Bombers in exchange for their minor league right-hander Hayden Wesneski. Effross is a right-handed sidearmer and has been effectively impressive in his rookie season. He has an ERA of 2.66, with a strikeout ratio above 4-to-1 across 44 innings. In addition, the reliever has the tenth best FIP (fielding independent pitching) of 2.19 among pitchers with above 40 innings.

Many teams have been eyeing relievers with futuristic team control during the deadline. Luckily for the Yankees, Effross will not enter the free agency until 2027. Thus, the pinstripers have bid on the rookie’s effectiveness, despite having a 90 mph fastball. Scott has made 50 strikeouts and walked 11 players signifying his amazing control over his fastball and changeup slider.

However, the 28-year-old strongest suit is his ability to keep the ball in the ballpark. Scott had conceded only two home runs this season and gave away just two in 14 2/3 inning last year. Effross was the 15-round pick from the University of Indiana in the 2015 draft. He has been a part of the CUBs’ pitching system for the last seven seasons before he finally got to make his debut.

Meanwhile, the Cubs will gain Triple-A Scranton/Wilke-Barre pitcher Weseneski. The 24-year-old has an ERA of 3.51 and went 6-7 in 19 innings. The Bombers selected Wesneski for the sixth draft of the 2019 draft from State Houston State.

Yankees have been eyeing some top starting prospects during the final stages of the trade deadline. The Bombers were initially after Luis Castillo. However, the Mariners spoiled the party by acquiring Castillo in exchange for elite shortstop prospect Noelvi Marte. Hence, the Yankees had to go for their other starting prospect Frankie Montas from the Oakland Athletics. Montas had been flinging splitter and two different hard fastballs, making him the A’s number 2 starter over the last two seasons.

Thus, Montas could come in handy during New York’s attempt to beat the Astros and win the World Series for the first time since 2009. Moreover, Frankie’s presence will also help the franchise make up for Luis Severino, who has been sidelined until mid-September. Further, the Bombers had to give up on their pitching prospect Ken Waldichuk. He will join pitching prospects JP Sears and Luis Medina along with second base prospect Cooper Bowman.

Share. Facebook Twitter Pinterest LinkedIn Tumblr Email
Previous ArticleNovak Djokovic Prepared For The US Open Despite Vaccination Ban Concerns! The Serb Thanks His Fans For The Petition At Change.org
Next Article Lewis Hamilton Confident About Winning A Race For Mercedes In 2022 After Two Consecutive Double Podiums!