Lewis Hamilton Confident About Winning A Race For Mercedes In 2022 After Two Consecutive Double Podiums! 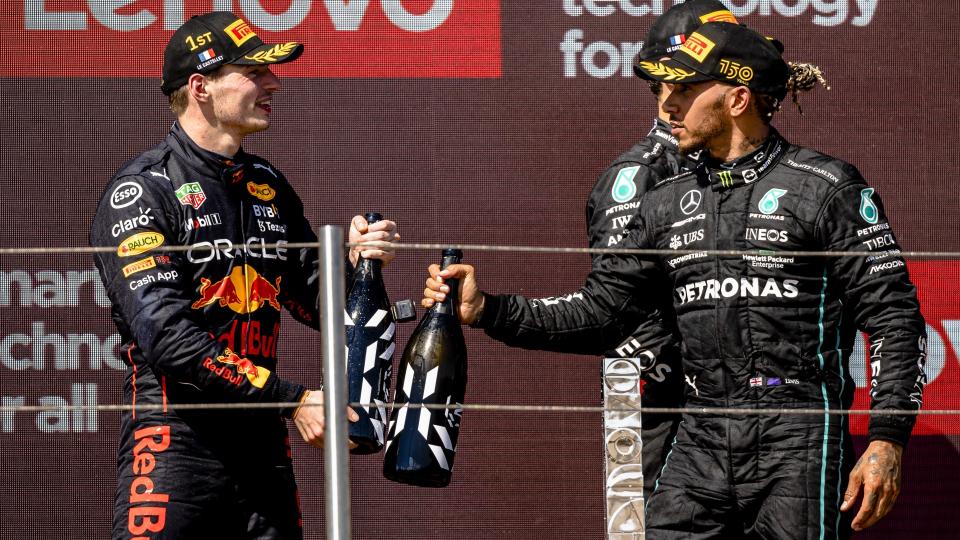 Mercedes undoubtedly had two great outings in Paul Ricard and Hungaroring. This is because Lewis Hamilton and George Russell secured double podiums in the last two races. Hamilton has secured five consecutive podiums in the last five outings, with a P2 finish in the last two races. The Briton also recorded the fastest lap during the Hungarian GP. He claimed to have a chance of winning the race in Budapest if he did not have DRS issues during the qualifying, which resulted in a P7 start. However, the seven-time world champ made a great recovery and finished second around eight seconds behind Max Verstappen.

Meanwhile, George Russell started in pole position in Hungary and managed to finish third after his tyres ran out during the final stint. As the F1 teams head into the summer break, Lewis Hamilton has given an honest view about Mercedes’ chances of winning at least a single race this season. Lewis felt that Mercedes could have won the race last weekend as George Russell started on pole position. He hopes that their first victory is coming soon as the team is working really hard for it. Hamilton feels that if both the Mercedes drivers had been on the top, they could have worked together as a team. The Briton even suggests that Mercedes’ pace in the second half of the season give way to the possibility that his team could fight with the frontrunners.

Hamilton further revealed that it was the first time in 2022 that Mercedes battled against Ferrari. However, Red Bull was still ahead. Max Verstappen started 11th, spun, and still managed to finish ten seconds ahead of the Silver Arrows. However, Mercedes’ progress and consistency over the last couple of races have given the Briton some hope and a huge push for the second half of 2022.

George Russell showed some great pace on Saturday. He managed to snatch the pole position away from the frontrunners. The 24-year-old led the race for quite a while as he kept the two Ferraris behind him. The Briton was excited to start his first race in pole position.

However, Russell admitted that he could have done better to come closer to his first Formula 1 victory. He had a good first stint starting on soft compounds and took an early lead. However, towards the end on mediums, the rain started to come, and he really struggled after losing tyre temperature. Although, the Mercedes driver was happy that his team was finally making progress with each race.