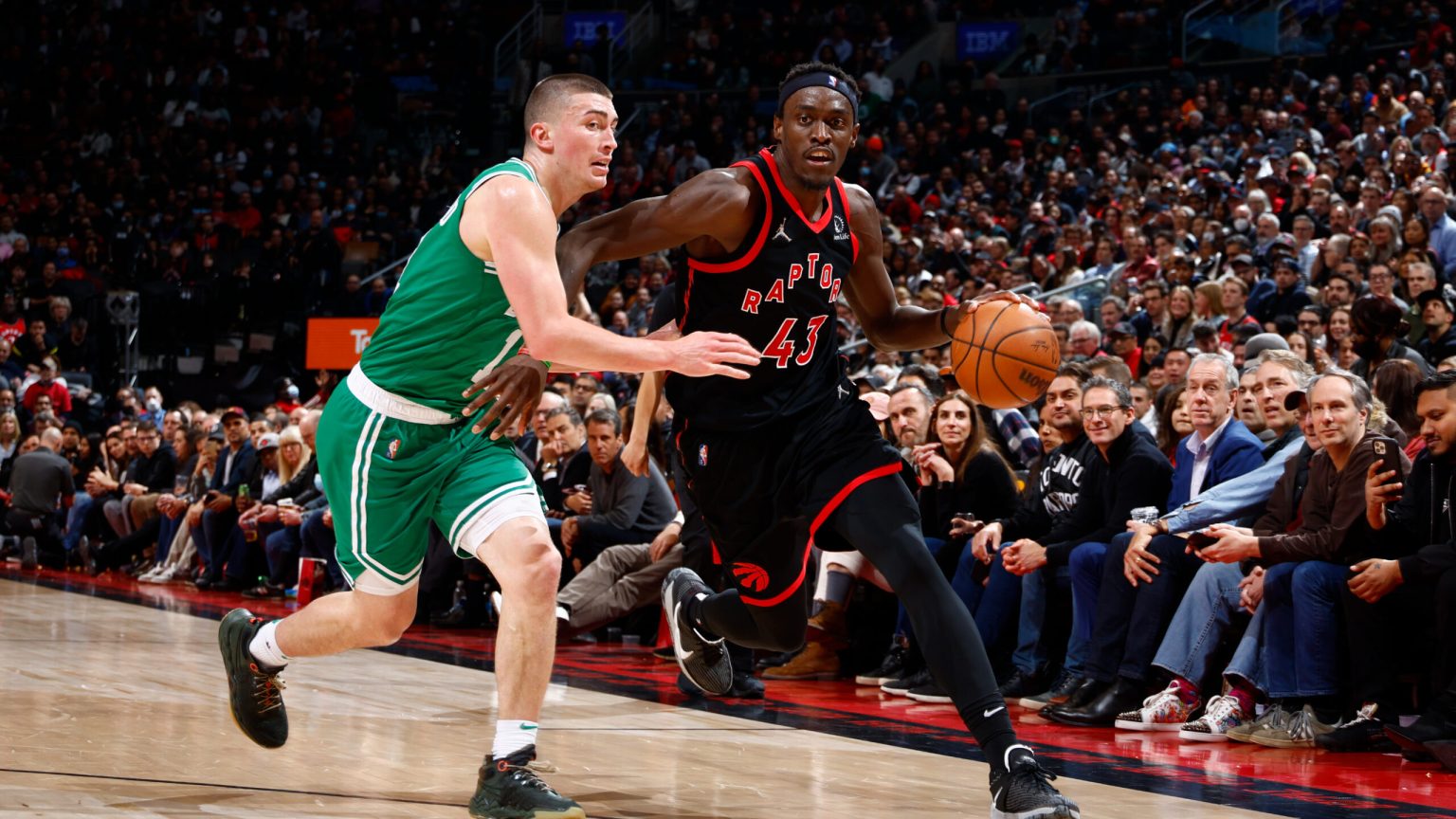 The regular season is about to end, with a few games left for the teams to play. With the first round of the playoffs nearing, the Boston Celtics might be forced to play without their frontline players if they face the Toronto Raptors. The vaccination status of several players from the Boston team was questioned when the squad traveled to Canada for an away game on March 28. The Celtics had to play without their four frontline players leading to an overtime loss.

The C’s players Jaylen Brown, Jayson Tatum, Al Horford, and Robert Williams III could not travel north of the border with the team. However, Williams is suffering from a torn meniscus injury which will keep him off the court for a few weeks. The incident led to speculations that the players were not vaccinated. Therefore, they could not travel to Canada after the country reinstated the prohibition on the entry of unvaccinated players on January 15.

With only three games left in the regular season, the Celtics are currently positioned at the second spot in the Eastern Conference with a record of 49-30. However, Boston Globe’s Gary Washburn has reported recently that the Celtics could get derailed if they face the Toronto Raptors during the first round of the playoffs due to the unavailability of its best players.

At Least Two Players Unvaccinated In The Boston Roster:

Gary Washburn’s report claims that two of the Celtics’ players may not be vaccinated. Hence, they will not be able to play in Canada. Gary feels that the Celtics could derail their season without all vaccinated players. Moreover, the Celtics have refused to deny or confirm its players’ 100% vaccination status. As per an NBA source, at least two frontline players are not vaccinated, which will prevent them from participating in the road games during the playoff series against the Toronto Raptors. Recently, Celtics’ Jaylen Brown refused to comment on his vaccination status in public after a 144-102 win over the Washington Wizards.

It is not confirmed as of now that the Boston Celtics will face the raptors for sure. In the Eastern Conference, the Chicago Bulls and the Raptors are tied for the fifth seed. Hence, there is a possibility that the Celtics and Raptors might play a best-of-7 series in a fourth vs. fifth-place matchup. The scenario is possible if the second-ranked Boston loses two of their last three games. But, if the Celtics somehow reach the no. 1 seed after their final games or stay in the top two, they will have the opportunity of avoiding the Toronto Raptors during the first round of playoffs. It will be wise for the Celtics to avoid a potential best-of-7 series against the Raptors. Because the absence of their two key players could certainly affect their fate this season.

Jaylen Brown will make his first postseason appearance since 2020. He suffered a severe wrist injury just before the start of the 2021 playoffs. Jaylen revealed that he had missed the playoffs. He is quite excited and ready to play against any team. Jaylen has played 63 matches for the C’s with an average of 23.7 points per game. Brown scored 22 points with six rebounds and seven assists against the Wizards on Sunday.

After Sunday’s game, Brown commented that as a vice president of the players association, it is a part of his job description to protect players’ rights and maintain their medical privacy. Jaylen added, “So, you won’t hear me commenting on my status or anybody else’s. That’s how I feel about it.”

Celtics coach Ime Udoke also supported Brown’s comment. He told that the team does not discuss any issues related to vaccination. Udoka said, “It’s a personal choice for everybody. That’s their decision.”