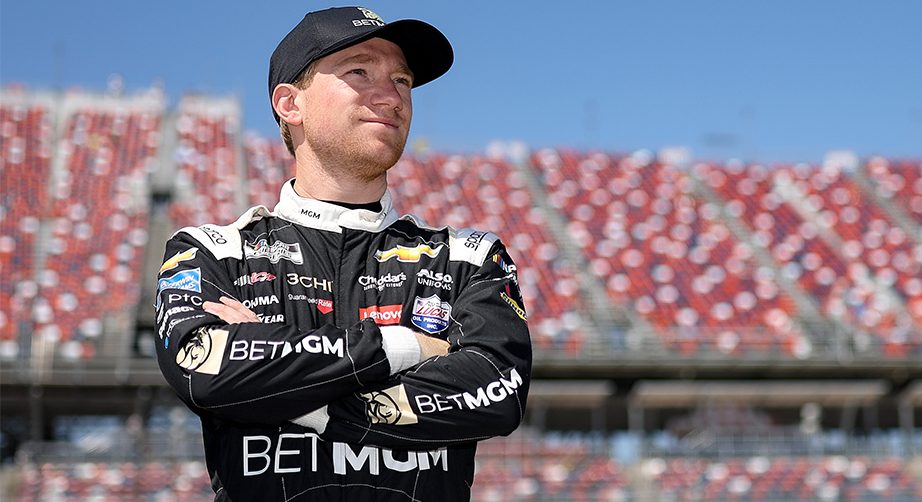 On Tuesday, Toyota Racing held its mid-season update along with the 23XI Racing team principals and TRD. While everyone expected the discussion to be about the 2022 NASCAR CUP Series playoffs, 23XI Racing co-owner and driver Danny Hamlin revealed shocking news. Tyler Reddick, the No. 8 Chevrolet driver for Richard Childress Racing, showed up at Toyota’s meet. Hamlin announced that Reddick would join the 23XI Racing and the Toyota team for the 2024 season. Thus, after Tyler ends with RCR in 2023, he will start the 2024 season racing for 23XI Racing at the Daytona 500.

The team principal Steve Lauletta revealed that announcing Reddick more than a year before he would join the team was a little unprecedented. However, Steve pointed out that Tyler was the driver they wanted the most and did not want to miss a chance to add him to the team. Further, the 23XI team principal shared that the announcement would give the team enough time to prepare for 2024, keeping the business side in focus. Moreover, the team expects interest from potential partners and is already getting strong engagement from their current partners.

Hamlin Happy To Have Reddick On 23XI Racing Team

Reddick is one of the most sensational young drivers in NASCAR currently. He is a two-time Infinity Series champion and recently won his first CUP Series race at the Road America during the fourth of July weekend. Meanwhile, Danny Hamlin said that he watched Tyler, raced against him, wanted him on the team, and got him. The 23XI driver suggested the move was not unprecedented. However, he admitted that signing a driver over a year before he would join the team was rare. Danny added, “In my mind, so is Tyler, and you act accordingly.”

Further, the 41-year-old pointed out that franchise drivers do not come up often. Hence, teams go after such drivers if they get an opportunity. Hamlin suggested that the teams need to do whatever it takes to make it happen and then work on the details later. Moreover, the 23XI co-owner shared that there would be a lot of free agents at the end of 2023.

Meanwhile, Lauletta revealed that there would be no changes in the side for the 2023 season. The team is focused on 2024 and finding ways to maximize the opportunities at the organization.