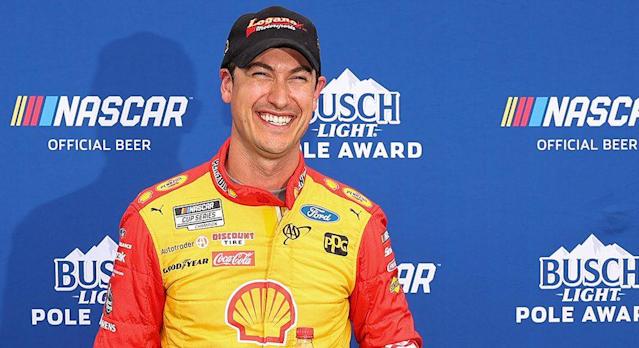 Ford No. 22 Joey Logano won his first race of the Cup Series season on Sunday at the Darlington Raceway. The American racing driver bumped into Chevrolet’s William Byron coming to the final lap. Logano made contact with Chevrolet’s no. 24 in an attempt to get ahead while racing for the checkered flag. Joey became the tenth driver this season to win a race in 12 Cup Series races so far. Although, William Byron has won two races for Chevrolet this year and came very close to winning his third race. However, Byron was tagged into the wall following a push from Joey Logano. The Chevrolet driver succeeded in straightening his car and finished 13th after leading 24 laps. Eventually, Tyler Reddick and Justin Haley passed Byron to finish second and third, respectively.

However, Logano’s move during the final stages of the race in Darlington gave rise to a lot of criticism. Byron was not able to hold onto his emotions as he called Logano a moron in his statement. In a post-race interview, the Ford driver said that the bump was partially a response to an earlier contact by Byron. Joey felt Byron had tried to drive him into the wall coming off Turn 2. Logano said that it would not have looked like that if Byron had crossed him cleanly. The Ford driver added, “That was the way he wanted to race, so I said let’s go.”

The American racer also revealed that his team had to win the race to get into the playoffs. Logano shared that winning and other crucial factors went into making the decision against Byron.

Byron Frustrated Over The Bump, Jeff Gordon Not Surprised By The Contact:

The No. 22 Ford driver managed to finish first during the race in Darlington Raceway. However, Logano received a chorus of boos from the spectators. William Byron also expressed his frustrations after the bump. Bryon told Hendrick Motorsports vice chairman Jeff Gordon that Joey is a piece of s***. The Chevrolet Driver added, “He can’t f*****g win unless he drives through everybody.”

While talking to FS1, Byron revealed that the race was close after the restart, and Chevrolet was much faster than Ford. William said, “Obviously at the end, the right rear started to go away. And yeah, he didn’t even make it a contest.”

Meanwhile, Joey Logano led the race for 108 out of 293 laps. His car was catching up to Byron as the race headed closer to a finish. Ford’s crew chief Paul Wolf told that he felt their car was not the fastest on track. However, the chief was also aware that Joey would not have gotten another shot at the win without making contact.

Gordon also acknowledged how a win is and how important it is to come by. Moreover, Jeff told that Logano’s bump did not surprise him as he is an aggressive driver. Moreover, Logano pointed out that he considered himself and Byron to be equals in terms of retaliation. Joey said that Byron put him into the wall, and it was game on. However, the feud might not be over from Byron’s end as we would likely see another fierce encounter between the two rivals in Kansas next weekend.