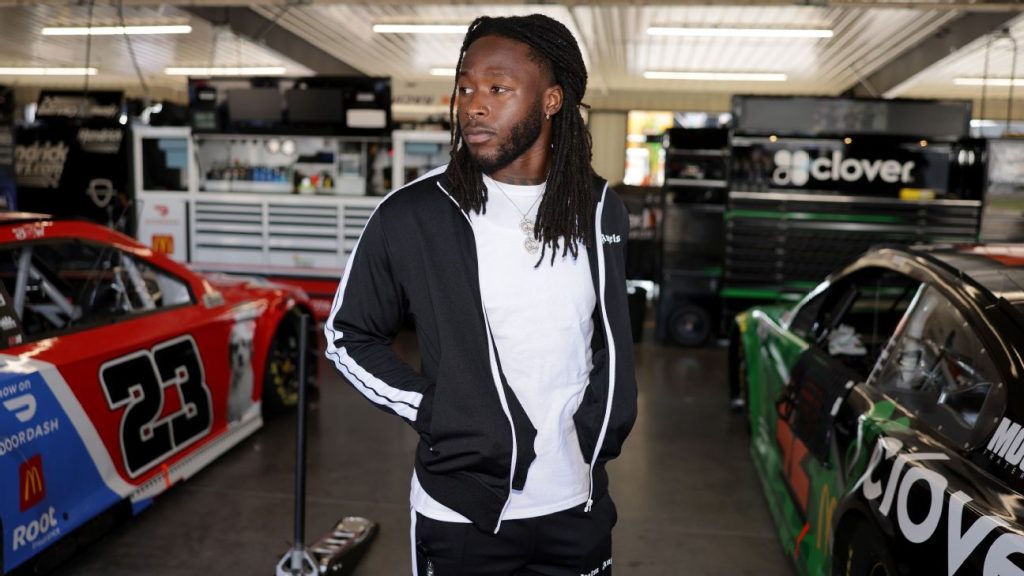 NASCAR has been sensitive to the involvement of its drivers, team employees, and management in any unethical issues. The most recent one was the penalty handed to Denny Hamlin for sharing a Family Guy meme directed towards Kyle Larson. NASCAR was quick to respond to the issue and ordered sensitivity training for the Joe Gibbs driver. However, NASCAR has kept quiet for almost three months regarding a legal issue involving Alvin Kamara. The New Orleans Saints running back in the NFL was enlisted as NASCAR’s first ever Growth and Engagement Advisor last June.

Unfortunately, Kamara was arrested in February 2022 after playing in the NFL Pro Bowl at the Allegiant Stadium in Las Vegas. Moreover, Alvin was charged after a disturbing incident along with three individuals. The people involved in the lawsuit, along with Kamara, are Kansas City’s cornerback Chris Lammons, Percy Harris, and Darrin Young. The incident took place at a nightclub a day prior to his arrest.

Further, Kamara was released on a $5000 bond the next day, and his court date was set for March. However, the justice of Peace Harmony Letizia rescheduled the hearing to April. Kamara and the other individuals’ attorneys demanded more time to review the prosecutor’s evidence. Hence, the hearing has been postponed again to August 1.

Kamara’s fandom for NASCAR turned into a business opportunity. His juice and smoothie brand, The Big Squeezy, served as the primary sponsor for Ryan Vargas at the Daytona International Speedway in February 2021.

A few months later, Kamara was made a part of NASCAR’s board as their Growth and Engagement Advisor. Since then, Nascar had become quite closer to the 26-year-old. Hence, there is a need for NASCAR to acknowledge the ongoing issue regarding Kamara instead of keeping quiet. The racing body avoided any comments regarding Kamara’s issue.