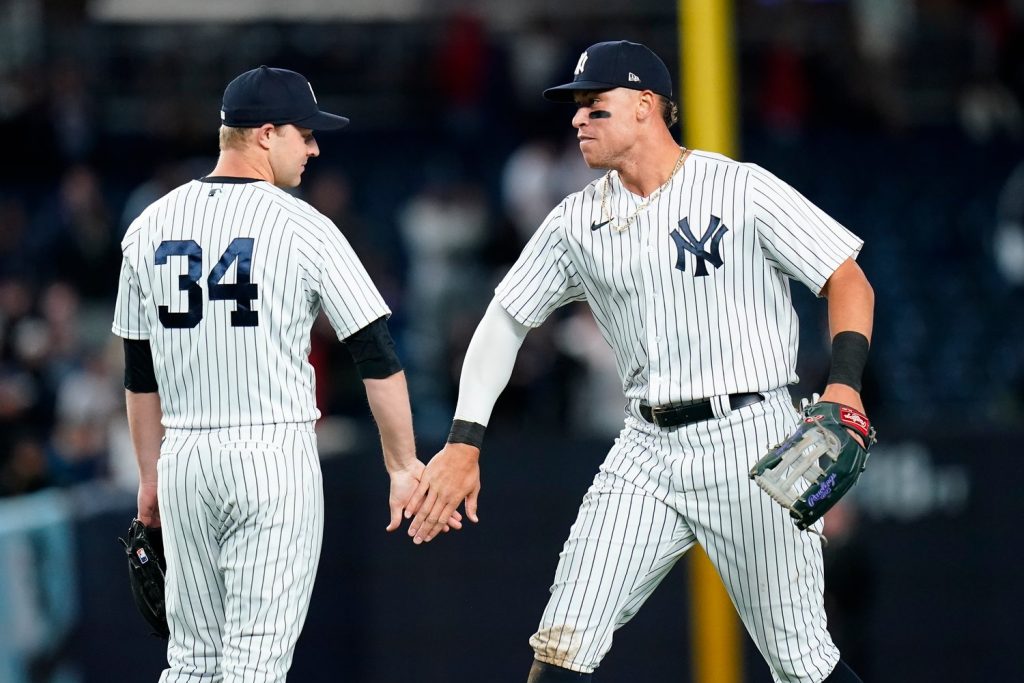 On Tuesday, the New York Yankees continued their dominating form with a 5-4 win over the Baltimore Orioles. The Yankees’ seasoned campaigner Aroldis Chapman is having a troubling season, conceding runs in four straight appearances. However, the Pinstrikers team is still thriving, and Micheal King has made a big contribution to the team’s success. The Yankees pitcher retired all nine batters that he pitched against. The 26-year-old replaced Jameson Taillon and struck out six, along with a runner on second.

The Bombers’ manager Aaron Boone is pretty happy with how the franchise has performed this season. Boone recently praised Micheal King for his performances in 2022. The former infielder admitted that King is among the best relievers in the league, considering the number of impactful innings he has delivered for the Yankees. Moreover, King has also expressed his desire to take the responsibility of a starter again. He has been doing well in pen this season and would like more responsibility. The Yankees pitcher told that if Boone thinks he is valuable out of the pen and wants him to start, King would gladly accept it. Micheal added that he would love to help the team in as many ways as possible.

The Yankees have been in a commanding position despite a dip in form from Chapman. The Brox Bombers manager revealed that the lefty has been struggling with command problems for most of the season and was may a little bit off his game on Tuesday. It was the first instance when Aroldis gave away three hits in a match for the first time. Aaron Boone revealed that he did not consider removing Chapman for Clay Holmes. Eventually, the Yankees veteran popped out Cedric Mullins with a 97 mph four-seamer to finish the game with enough winning runs on the base.

Gleybor Torres has been the surprise package for the Yankees in the season. Torres has struggled with his balance during the last two seasons. However, the second baseman has made a strong comeback this season. The 25-year-old laid out a brilliant defensive play on Monday, preventing Baltimore from rallying ahead in the first innings. He has secured nine hits, a homer, five RBIs, and three walks in his last six appearances. Boone has shown his confidence in Torress and was confident that the hits will eventually come.

Moreover, Boone mentioned that Gleyber hits better than his number suggests. The Yankees boss thinks that the quality of Torres’ contact is back to where it was during the spring training when he was betting well from the get-go. Further, the second baseman’s OPS has humped shockingly from .654 on May 10 to .729 before Tuesday’s game. Boone feels that Torres is enjoying his new position and feels comfortable there. Boone was happy with the response from Gleyber after two below-par seasons. The Yankees manager added, “I think it’s motivating, He is taking advantage of his experience.”

The new trade recruits John Donaldson and Isiah Kiner-Falefa have also delivered this season. Josh has been great in defense at third base. The 36-year-old has scored three homers in the last six games and went 1-for-4 with a run on Tuesday against Baltimore. Further, Isiah has gone 6-for-7 with three runs during the current road series. The 27-year-old also clinched two walks and a pair of stolen bases, performing much better in the away games. The Yankees will play their third game against the Baltimore Orioles on Wednesday.