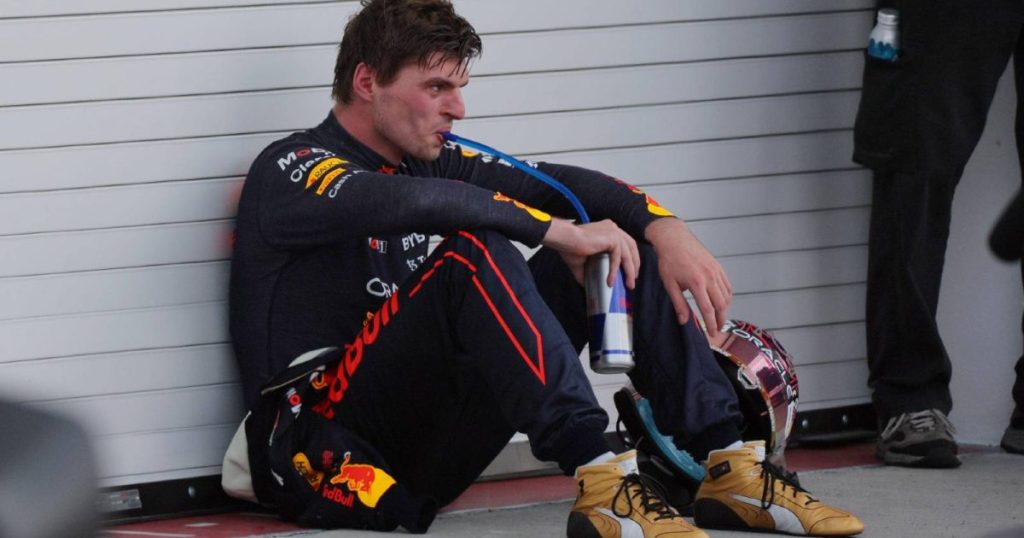 The inaugural Miami Grand Prix was exhausting for all the F1 drivers, who found the event to be one of the most challenging races of the season. The race started during the extremely hot mid-afternoon on Sunday. There was a possibility of rain. But nothing came down from the clouds during what had been one of the most battering 94 minutes for the Formula One drivers, including Max Verstappen.

The reigning world champ struggled with the hot temperature during his win in Miami. The Dutchman was seen sitting on the floor and drinking Red Bulls before joining the post-match ceremony. However, the podium was not built at the end of the finishing line. The 24-year-old had to hop onto a buggy with his Red Bull colleagues and was driven through the access roads of the Hard Rock Stadium for the podium presentation. Police outriders accompanied the Red Bull driver with sirens and blue flashing lights.

The whole show was a part of the Formula One experience for the American fans by the organizers. However, Sky Sports Martin Brundle thinks being carted off in a buggy to the podium in scorching heat was the last thing Verstappen would have wanted after winning.

Brundle Explained Why Superfit F1 Drivers Were So Exhausted In Miami

In his post-race column, Brundle acknowledged that he has not seen these superfit and perfectly prepared F1 drivers look so beat up after a 94-minute race in a long time. Martin sympathized with the drivers who would have felt horrible after the race. The former Formula One driver further revealed that the drivers’ cores would have been so hot, and they would have been missing a lot of fluids.

Further, the Briton said that every organ, muscle, and tendon of the drivers must be demanding for essential ingredients. Brundle explained that as the pain builds and adrenalin fades away, the drivers would have been through a lot of pain. The 62-year-old was sure that Verstappen would have wanted to lie down, roll around, and groan a little. In addition, Martin said, “I felt for Max Verstappen sitting on the buggy post-race with the camera zoomed in.”

Brundle also gave an insight into why Miami’s track was so challenging. Max Verstappen pointed out that the track’s grip level and low degradation tyres, along with the relentless pace, were very tough for the drivers. Further, Martin shared that the inside of the cockpit could get up 50 degrees due to the airless nature racing against the walls of a street circuit.

Moreover, multiple layers of clothing, gloves, helmets, boots, and balaclava make the heated conditions worse. Moreover, Brundle believes that clumsy contact during the ending stages of the race was due to the drivers getting overheated. The heat wave could have resulted in the drivers feeling light-headed, and the judgment fades a little.