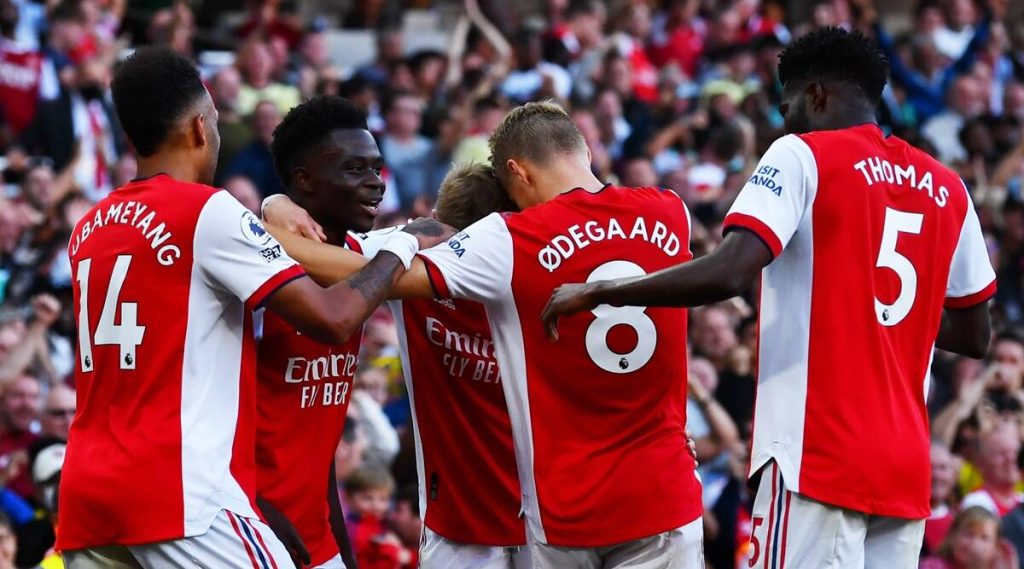 On Thursday, Arsenal lost their most crucial encounter against Tottenham, making situations tougher for the Gunners to qualify for the Europa League. The Hotspurs pulled off a 3-0 shocker on the Gunners at their home ground to keep their fourth finish hopes alive. However, things have become much simpler and clearer for the north London football club after their loss against the Spurs. With two games left in the season, Mikel Arteta’s side still has the Champions League qualifications in their hands. If the Gunners win Monday’s away game against Newcastle United and then at home against Everton on Sunday, they will go to Europa League next season.

Regardless of what Tottenham does in their last two games against Burnley and Norwich City if the Gunners will, they will go to the Emirates Stadium, where Champions League Football will return for the first time since 2017. After Thursday’s defeat, Gunner’s manager said the disappointment should not take away the opportunity that Arsenal has in front of them during the last two games. Arteta added, “We can’t wait to play on Monday, this is how i feel, and that is all I want to say.”

Will The Gunners Beat The Spurs To The Finish Line?

It will be a tough road for Mike Arteta’s squad to win two high-pressure games in a row after their inconsistent performance this season. The Gunners will go through a test of nerve and characters with the Hotspurs just one win behind them, ready to take over the fourth Premier League spot. Moreover, Arsenal has had some great wins and some disappointing losses this season.

Last month, the Gunners seemed to lack confidence as they last three successive games against Crystal Palace, Brighton, and Southampton. However, Arsenal came stronger since and won four games in a row against Chelsea, Manchester United, West Ham, and Leeds United before Tottenham handed them an embarrassing loss. Thus, what the Gunners will do next in the last two games is anyone’s guess. But, the side has shown some promising desire and temperament to emerge on top. Mikel Arteta would hope that his side responds to pressure with confidence and secure the Europa League qualification.

Meanwhile, Arteta would be forced to reshuffle his team due to injuries and suspensions. The Gunners center half Rob Holding will miss the game at St James Park on Monday. Holding was sent off and suspended for one match after two yellow cards for his fowls against Son Heung-min. Moreover, the center-back Gabriel dos Santos has been most certainly sidelined after he suffered a hamstring injury during the final stages of Thursday’s match. Hence, the Gunners have some serious issues in their defense with the two crucial players out.

The Gunners manager will look to strengthen the defense by bringing Granit Xhaka in as the center-half. Moreover, Arteta would hope that Ben White has fully recovered from his hamstring injury. Ben was available on the bench during the game against the Hotspurs. But, Mikel chose to shield White as the Gunners were 2-0 down at halftime. Therefore, Arteta would have no idea how his squad would rise up to the challenge against Newcastle United and Everton.

Arsenal Missing A Leader In The Squad

In the absence of Alexandre Lacazette, Arteta handed the captainly to 23-year-old Martin Odegaard. The decision that came in the recent weeks has certainly highlighted that Arsenal is missing a player who can control the team in tough situations. The Gunners have lacked the presence of seasoned campaigners on their side. An experienced player could guide the likes of Gabriel Martinelli, Cedric Soares, Bukayo Saka, and Odegaard. Mikel Arteta has very few options for the captaincy. And the side’s lack of experience was clearly on display against the Spurs.

Arteta has a promising squad filled with young talent. But, the Gunners have lacked some on-field wisdom for a long time to take the club back to its glory. Moreover, the London club has worked really hard to be in contention for the Europa League qualification. Last year, Arsenal finished eighth in the Premier League and was no way near a chance of qualifying.

A fourth-place finish provides the Gunners an opportunity to recruit top-player with Championship League funds. One such potential player that Arteta is interested in is Gabriel Jesus. The Manchester City forward could prove to be important in the Europa League. Hence, the Gunners will have to make sure they win the last two games. They need to break the vicious circle and finally get to participate in the Champions League next season.