Ferrari’s Charles Leclerc Is Too Generous & Soft In His Championship Battle Against Red Bull’s Max Verstappen! 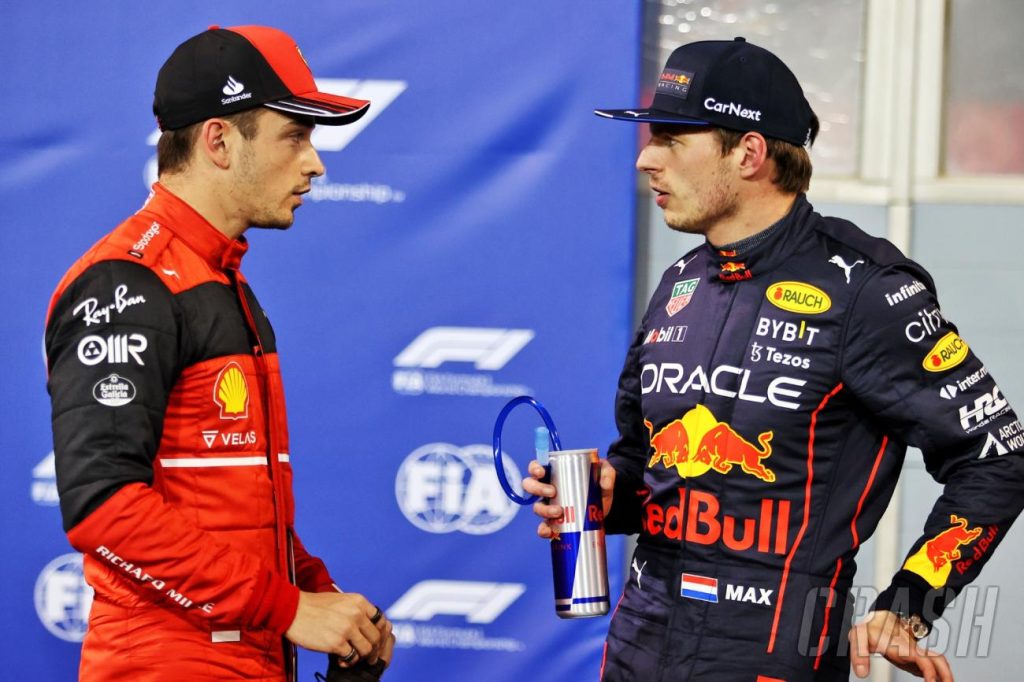 Max Verstappen won the inaugural Miami Grand Prix on Sunday ahead of Ferrari’s Charles Leclerc and Carlos Sainz. Recently, commentator Jolyon Palmer claimed that Verstappen must be having fun during his championship battle against Leclerc, who has been quite generous so far. The former British F1 driver also blamed Max and Charles for being too respectful of one another. Verstappen has seemed calmer during the race compared to his fierce championship fight against Lewis Verstappen last year. The fight went on to the last race of the season in Abu Dhabi, where the 24-year-old emerged as the world champion over the seven-time world champ.

The problem that would have concerned Verstappen most would be the RB-18’s reliability. The Red Bull’s car continued to struggle with reliability concerns during the Miami weekend, resulting in the Red Bull driver missing a lot of practice time on Friday. However, Verstappen overtook the two Ferrari drivers early after starting third on the grid and eventually secured the chequered flag. The Dutchman crossed Carlos Sainz on the first corner during the opening lap before taking over the first spot from Charles Leclerc in the seventh lap.

The Dutchman kept the lead until the end and won his third race of the season. The Miami victory also allowed Max to reduce Charles’ lead from 27 points to mere 19 points in the drivers’ rankings. However, Leclerc is still in the lead with 104 points after five races because the Red Bull driver suffered a couple of early retirements in Bahrain and Australia. Moreover, the Dutchman has won every race that he has finished this season.

Recently, Jolyon Palmer accused Ferrari of being too conservative with their strategy against Red Bull. The 31-year-old shared that Verstappen appreciated the fight after all the drama during his right fight with Lewis Hamilton in 2021. Both the drivers have been extremely respectful of one another. Moreover, the British columnist claimed that Leclerc was surely too generous in Miami.

Palmer said that Leclerc hoped to get the DRS on the long straights in the next lap. However, the move did not work as the DRS was seven turns away. The lapse allowed Verstappen to break clear, unlike Bahrain or Jeddah. Moreover, Jolyon believes that the Ferrari drivers were maybe a little soft against Verstappen in Miami. Moreover, Ferrari’s strategy was also kind to Red Bull. But things are bound to change as the season progresses, and the pressure rises.