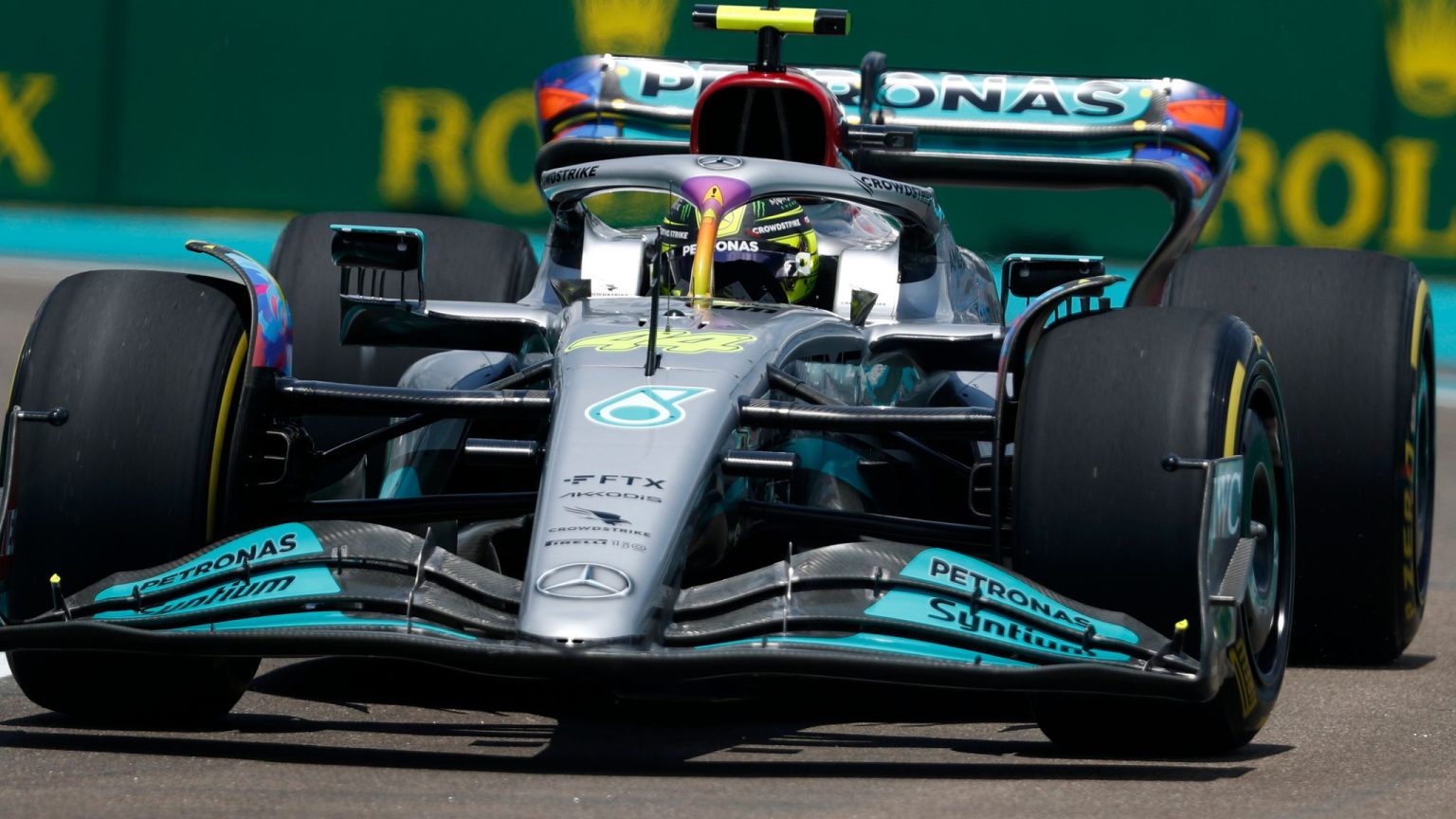 The Mercedes racing team attracted yet another controversy during the racing weekend in Montreal. The Silver Arrows introduced a floor-stay within 24 hours of the FIA’s technical directive’s announcement on Thursday. The German racing team has struggled with the porpoising and bottoming out the issue of their new W13. As a result, Mercedes have not won a single race this season. Not just that, they currently stand far behind in the constructors’ championship.

The FIA quickly responded to ensure the drivers’ safety after several racers complained about dealing with pain and trouble controlling the car due to the bouncing in Baku. Soon after, Mercedes introduced a second floor-stay during the practice session on Friday in Montreal, which led rival teams to suspect if the FIA informed the Silver Arrows of the change in advance. However, Mercedes claimed that they had no idea when the regulation change was supposed to be announced. Some teams also claimed that the floor-stay was illegal because the regulation change did not allow it. Hence, Mercedes found themselves in the middle of rival team protests ahead of Saturday’s qualifying. But, the part was removed from the W13 before Saturday’s qualifying. The team claimed the component did not help improve the car’s bouncing issues.

Amid the chaos among teams, Mercedes and rival teams had a team principals’ meeting on Saturday morning in Montreal. Wolff shared his disappointment with the political gameplay by other teams. The Mercedes boss felt that teams have been instructing the drivers to downplay the effects of porpoising in order to maintain their competitive lead. Wolff believed that the rival teams were trying not to slow down the FIA’s approach to the porpoising.

As per sources, Wolff shared his disappointment about rival teams trying to gain competitive and political advantage from an issue that is a genuine safety risk to the drivers. Talking about meeting, he said the F1 is a sport where teams try to find ways to keep/gain a competitive advantage. However, the Mercedes boss felt that the bouncing issue had already gone too far. He mentioned that at least one driver in each team has complained about the pain, difficulty keeping the car on track, or blurred vision after the race in Baku.

The former Austrian driver also pointed out that the team principals were trying to manipulate the communication. This is to keep the competitive advantage and play political games to delay the FIA’s initiative to find a quick solution. He added that the teams were trying to put their cars in a better position using a genuine concern which is disingenuous. Further, Wolff shared that all the teams suffered in some manner in Baku. According to him, the cars are so stiff, resulting in painful and dangerous porpoising/bouncing.

Meanwhile, Toto also claimed that Mercedes have long-term effects, which they cannot even judge, is a major safety risk. And little manipulations, whispers, and briefings on top of the crucial issue were pitiful, as per Wolff.

Mercedes and its drivers have openly spoken about the issue and the risks its poses to the drivers. Wolff said that it was unfair to think that the Mercedes drivers were trying to make their cars quicker by speaking out. He advocated that other team drivers were also unhappy with the problem, including Red Bull’s Sergio Perez. Wolff mentioned that people would certainly question his sincerity regarding the bouncing issue.

The Mercedes boss stated that Perez had said the bouncing issue came up when the car ran at 300 km/hour. As a result, Checo kept losing vision while braking and could not put his car in the right position properly. Wolff also revealed that Ferrari’s Carlos Sainz, McLaren’s Daniel Ricciardo, Alpine’s Esteban Ocon, and Haas’ Kevin Magnussen also complained about the bouncing in Baku. He added, “This is not a team problem.”

Further, Toto said that the porpoising was due to a design issue of the ground effect cars. This needs to be countered before a tricky incident occurs. He even countered that raising the ride height of the car would not counter the bouncing. The problem is with the cars’ stiffness due to their inherent aerodynamic characteristics.

Share. Facebook Twitter Pinterest LinkedIn Tumblr Email
Previous ArticleF1 Team Principals Suspect The FIA Warned Mercedes Ahead Of The New Technical Directive’s Release!
Next Article The Proposed Anthony Davis Trade Lakers Should Not Do Despite Criticism From The Fans!