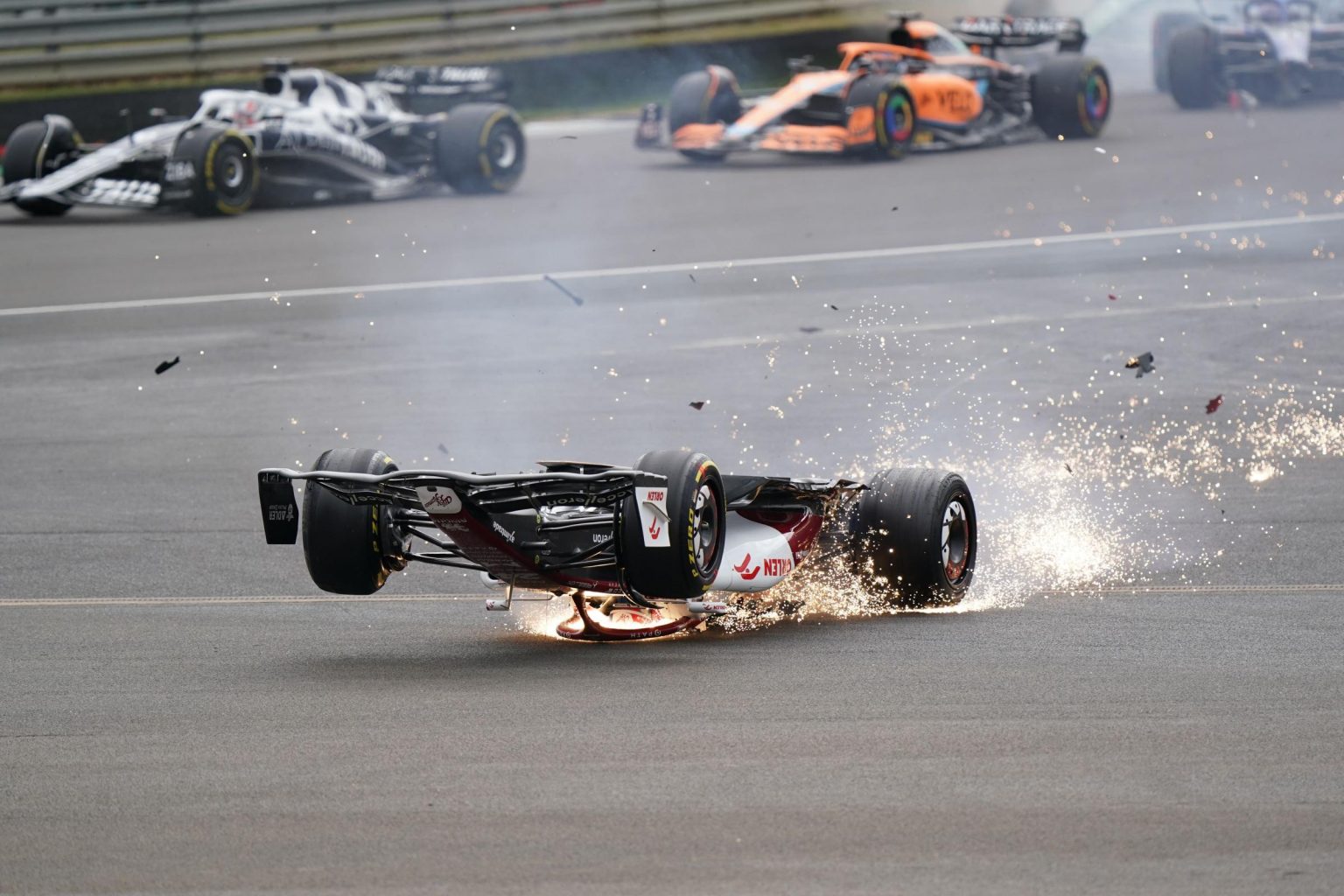 Alfa Romeo’s Zhou Gyanyu went through a life-threatening crash during the opening stages of the British Grand Prix. Mercedes’ George Russell made a heavy impact with the Chinese driver’s car, resulting in the Alfa Romeo sliding upside down towards the barriers and eventually flipping over between the fencing and the barriers. Luckily, the marshals responded quickly and Zhou was rescued safely before sending him to the hospital for further checkups. Luckily, the 23-year-old was fine and did not suffer any serious injuries. But the fatal accident led to a series of discussions among the F1 fraternity about the drivers’ safety and what the FIA can do to improve it.

Recently, Mercedes’ test driver Anthony Davidson demanded that the FIA needs to look into Guanyu’s terrifying crash in Silverstone. The former British driver pointed out that the roll hoop did not really do its job, and the FIA needed to look into the matter. Davidson further stated that F1 roll hoops are required to be as strong as the Halo to ensure the safety of drivers’ heads at all times.

Talking to Sky Sports, the 43-year-old said that the actual hoop seemed to be missing from Zhou’s car in the scary images that he had seen. The Briton told that the roll hoop did not do its job and must be as strong as Halo. Davidson revealed that the roll hoop needs to stay intact at all times to protect the drivers’ heads from impact. He added, “And it didn’t do it. So they will be asking questions with that.”

After sliding through the gravel upside down, Zhou’s Alfa Romeo hit the barrier and flipped over into the gap between the fencing and the tyre barrier, trapping the Chinese driver. Sky Sports’ Craig Slater shared his concerns about the gap and asked Davidson if a change was required. Anthony said that he had not spoken to the FIA yet, but he would when he gets the chance.

The Briton specified that the gap between the barriers and the fencing is an access path for the marshals. But, Davidson questioned the size of the gap and thought that there must be some protocols that must have been in place for a Grade 1 FIA safety circuit. The Mercedes simulator driver was sure that there must be some reason behind the gap. But it was unfortunate that Guanyu’s car was slotted into the gap.

Meanwhile, despite the car’s roll hoop controversy, Zhou appreciated F1’s Halo Technology for saving his life during a high-speed crash. The Chinese driver disclosed that it was a big crash and was glad to be okay. Further, Guanyu commended the marshals and the medical staff at the track for their quick response. He also thanked the FIA and F1 for their progress in improving the safety of the racing cars. Zhou concluded, “The Halo saved me today. And it goes to show that every step we take in improving our cars has real, valuable results.”

Share. Facebook Twitter Pinterest LinkedIn Tumblr Email
Previous ArticleMercedes’ George Russell Claims He Left His W13 “To See If He Could Have Helped Zhou” After Opening Lap Crash At British Grand Prix!
Next Article Mercedes Looking Into Red Bull’s Floor Concept To Get Back In The 2022 Championship Battle!