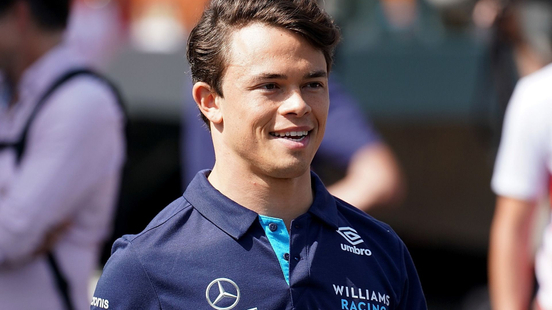 Mercedes is set to give a chance to their reserve driver Nyck de Vries during the upcoming weekend at the French Grand Prix. The 2020-21 Formula E World champ will replace Lewis Hamilton during the first practice session in Pual Ricard on Friday. The Dutchman would be the first young driver for Mercedes this season to get a run in the W13. This will be a second FP1 run for the 27-year-old. He was also a part of the pre-season test in Abu Dhabi in 2021. Earlier in 2022, he had a test run in Alex Albons’ Williams FW44 in Barcelona. It looks like the Dutchman is one of the prime contenders to land an F1 seat if there is one available shortly.

As per the recent announcement, the substitution would be part of the mandate. The rule requires racing teams to conduct two young driver test sessions in a season. As a result, George Russell would also have to make way for De Vries or another young driver ahead in the season. According to Mercedes boss Toto Wolff, Nyck would replace Lewis Hamilton during the first practice on Friday as a part of the allocated sessions for young drivers in 2022. The Mercedes team principal is looking forward to the Dutchman’s performance during FP1.

At the same time, the Silver Arrows have planned some upgrades to their W13 for the French weekend. Thus, Nyck’s run would collect the crucial data that Mercedes require to get their setup right for the qualifying and main race. Mercedes have made some big steps in recent times in terms of porpoising and performance. They have won four podiums in the last four races. However, Wolff feels that his team still needs to cover more ground to close the gap to Red Bull and Ferrari.

Can Mercedes Win Their First Race Of 2022 In France?

Mercedes have been chipping in the distance to the frontrunners with every race. After a tough start to the season, the Silver Arrows have caught up. But, they still need to work hard to close the gap and fight for a race win. With upgrades on the way, Mercedes might have the chance to take on Red Bull and Ferrari if they get their setup right. Wolff stated that Mercedes’ understanding of the W13 has been reflected in their development and results. However, his team was still not quick enough to challenge the front in Austria.

Toto felt the Silver Arrows need to keep chasing the final few tenths and bring in some developments to compete with the top teams this season. Moreover, Paul Ricard is a different track with new challenges with its smooth tarmac and wide array of corner types. Thus, Mercedes aims to make more progress towards the front over the French weekend and secure another podium.