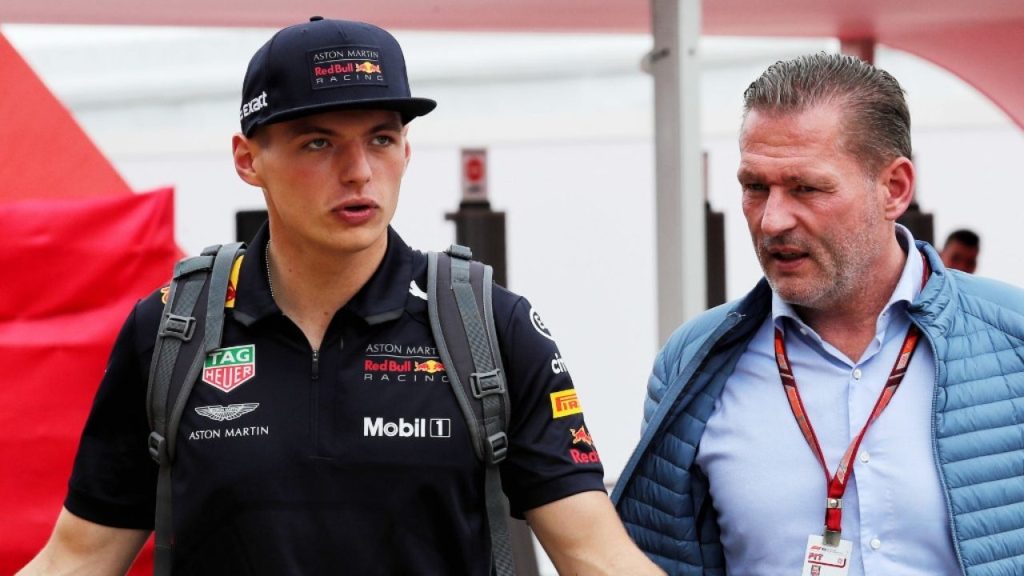 Lewis Hamilton had a tough run at the Emilia Romagna GP, where he finished a lap behind Max Verstappen in the 13th position. The young Dutchman managed to lap a slow Mercedes and won his second race of the season in Imola. Verstappen lapping Hamilton is a big incident after the fierce rivalry between the Red Bull and Mercedes drivers last season. Hamilton and Verstappen entered the final rounds of the 2021 championship with equal points after an intense title battle that witnessed collisions, penalties, and a lot of heat on and off the circuit. Former F1 driver Jos Verstappen recently admitted that he enjoyed watching his son lap the seven-time world champ after what happened last year.

Verstappen and Red Bull blamed Hamilton for the collision between the two at the British Grand Prix. The FIA stewards concluded Lewis was to be blamed predominantly for the tangle. The incident led to a heavy crash for the Dutch driver. Further, Red Bull requested the FIA to review the incident. The racing team sought harsher punishment for Hamilton, who won the GP in the UK. The racing team denounced the Briton for celebrating after the race while Verstappen was being taken to the hospital.

The two rivals clashed against each other over the remaining races of the season. In another instance, Verstappen landed on top of Hamilton’s car during a collision in Monza. Moreover, the Dutchman was penalized for a sudden break test in Jeddah. The duo entered the final race of the season, giving all in to win the championship. However, Verstappen managed to pass Hamilton during the final stages following a safety car procedure, which resulted in the Dutchman winning the championship. Last month, the FIA confirmed that the racing director, Micheal Masi, did not follow the governing body’s regulations while arranging a final-lap restart. Therefore, Jos was happy to see his son pull one up on his former rival Hamilton.

Jos Praises Max For His Performance In Imola

Verstappen won the second race after failing to complete two of them due to his car’s reliability issues. Max’s father wrote on his son’s website that Hamilton had a tough time. Meanwhile, his teammate George Russell appeared balanced in Imola. Jos was happy about his son lapping Hamilton and reveals that it is a rare feat to lap a Mercedes. The 50-year-old added, “Honestly, I did enjoy seeing Max lap Hamilton after everything that happened last year.”

The former F1 driver further wrote that Max had an excellent weekend in Italy. He seemed incredibly strong and did not make any single mistake. Max’s father pointed out that Red Bull took the right steps after bringing in an update in Italy. However, the weather conditions made it hard to make a comparison. But, Red Bull clearly seemed to be the fastest across the circuit in Imola.

Moreover, Jos appreciated Max as he was nominated for the Laureus Sportsman of the Year award. Verstappen’s father informed the fans that his son’s nomination was special and a big honor. Verstappen could be the first person to achieve this award. The 24-year-old belongs to the league of the greatest athletes in the Netherlands, as per Jos. Hopefully, Verstappen will continue to spread his magic across the F1 circuit and keep making his father proud.

Share. Facebook Twitter Pinterest LinkedIn Tumblr Email
Previous ArticleLeBron James & Kevin Durant Will Miss The Second Round Of The NBA Playoffs For The First Time In 17 years!
Next Article How Much Is Formula One Racer Charles Leclerc’s Luxury Car Collections Worth?