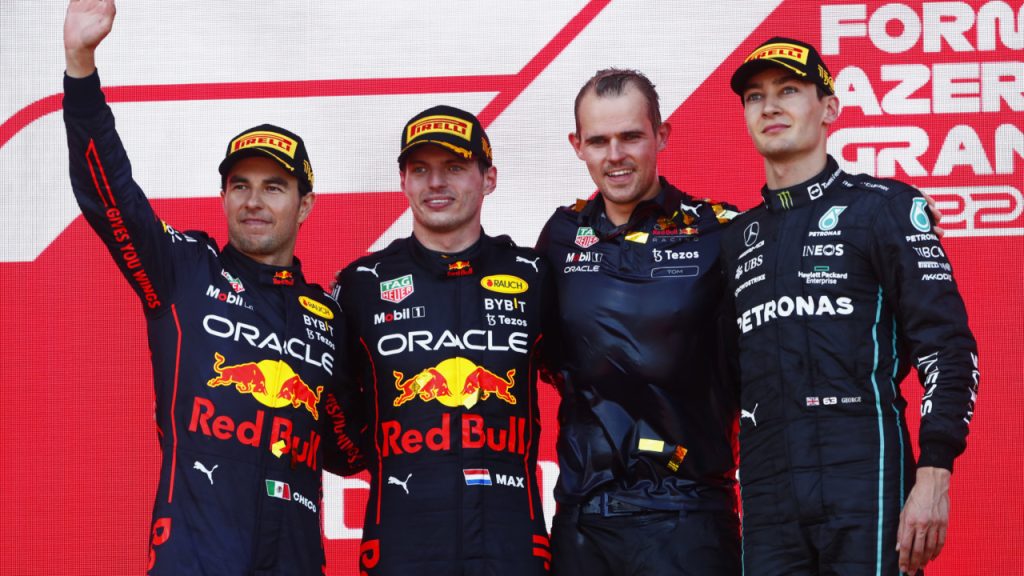 As per the regulations, Formula 1 teams are restricted to using the three legal power units per season. If the team exceeds the given mandate, the particular driver has to face a 10-place grid penalty on the fourth illegal engine and a five-place penalty for the fifth one. The rule was introduced after the V6 hybrid engine was developed without any cost cap in place, significantly increasing the costs of power units.

The FIA aimed to ensure that the customer teams did not have to spend too much on expensive power units. They focused the manufacturers’ attention on developing more reliable engines. Both Ferrari drivers Charles Leclerc and Carlos Sainz have taken extra power units this season and have faced grid penalties. However, the F1-75’s race-winning pace has allowed them to recover from the back of the grid on both occasions.

Recently, Red Bull chief Helmut Marko revealed that Max Verstappen would be opting for a new power unit. The Austrian outfit plans to initiate the power unit switch at a track where the team feels they are less competitive, possibly in Monza. Meanwhile, after Leclerc’s disastrous crash while leading in France, the Monegasque chances of winning the championship were affected significantly. Ferrari’s reliability issues have hindered Charles’ progress as he suffered three DNFs from the lead of the race. Thus, Verstappen’s grid penalty ahead in the season could be a great opportunity for the Ferrari driver to get back into contention.

Red Bull is leading both the championships currently, and Verstappen is 63 points ahead of Charles Leclerc. The Dutchman has won eight out of the 12 races this season. He is the favorite to win his second straight F1 championship. The 24-year-old has benefitted the most from Ferrari’s reliability concerns, making it harder for the Scuderia to stay in the battle.

However, Marko stated that Red Bull plans on making power unit changes for both Verstappen and Sergio Perez on a track where they feel the RB18 would be less competitive. The Red Bull chief advisor suggested that Monza could be the ideal circuit to bring in the changes. This is because Ferrari will have the edge on their home circuit. Talking about Ferrari reliability issues, Helmut said, “That will also happen with us. And we just have to choose a track where you can overtake relatively well.”

Red Bull Aims To Clinch Both championships In 2022

Helmut Marko further shared that Red Bull could switch the power unit at the Belgian GP in Spa or the Italian GP. The last time Max faced a grid penalty was in Qatar last season. He failed to slow down after a double yellow flag in qualifying. However, he finished second despite starting seventh on the grid. Thus, the engine switch would not affect Red bull much as they have one of the fastest cars this season.

Marko even disclosed that Red Bull would also bring some upgrades after the summer break to guarantee a win in both the championships. Helmut said Red Bull is constantly developing the RB18. The 79-year-old mentioned that there would not be some severe changes. However, the team will bring more upgrades during the second half. He concluded, “That is the DNA of Red Bull Racing.”