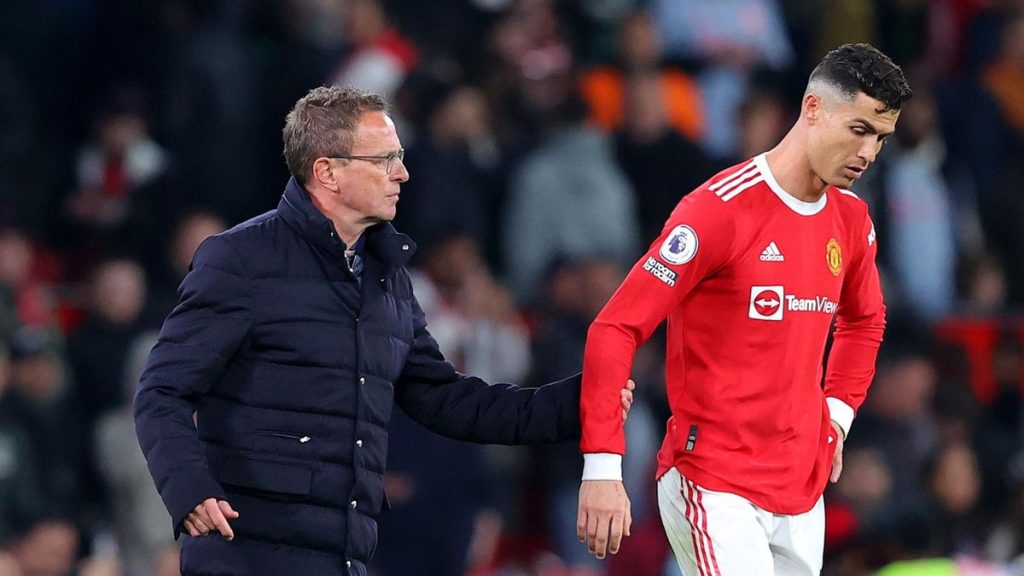 Manchester United has struggled to find the right kind of players to support Cristiano Ronaldo on the front. Portugal’s forward has 18 goals so far, which is over a third of United’s 57 goals this season. Recently, the Red Devils’ Ralf Rangnick told the United need to find two attacking modern strikers with real quality. Ralf would be replaced by the new manager Erick ten Hag takes over next season.

Moreover, Rangnick will step down at the end of the season. The future Austria manager will remain at Old Trafford in a consultancy position. Ralf acknowledged that the first order of business for Erick Hag would be to find players who can relieve Cristiano Ronaldo’s scoring burden.

Cristiano Does Not Want To Play As A Central Striker

Ronaldo is not a central striker, and Ralf shared that the Portuguese legend does not want to play in that position. Rangnick feels it is quite obvious that the Red Devils need at least two new strikers capable of adding quality and options to the team. Further, Ralf added that the United needs two modern strikers who don’t necessarily have to be wingers. The interim manager pointed out that there aren’t any top teams in international football that still play with two strikers. Rangnick said, “Most play with either three strikers or a false nine.”

Further, the German manager sighted the example of title contenders Manchester City and Liverpool, who have five or six top-strikers in their squad. Rangnick explained how Gabriel Jesus was hardly playing until four weeks ago. Now he is making regular appearances on the field for Manchester City. Further, Ralf said that players like Jesus and Jack Grealish have a multifaceted game that allows them to play in different positions and fulfill the role of a striker at the same time. In addition, the Red Devils’ Manager concluded, “They can also switch, they can rotate. Those kind of players, we don’t have any.”

Manchester United is having a tough time in the field with limited options in their squad. The Red Devils were hoping to finish in the top four to qualify for the Champions League. However, they are currently situated at the sixth position with 58 points in the Premier League table. Hopefully, they will listen to Ralf and consider adding more talented strikers around Ronaldo. However, it will be thrilling to find out if Cristiano stays with the club for the upcoming season.