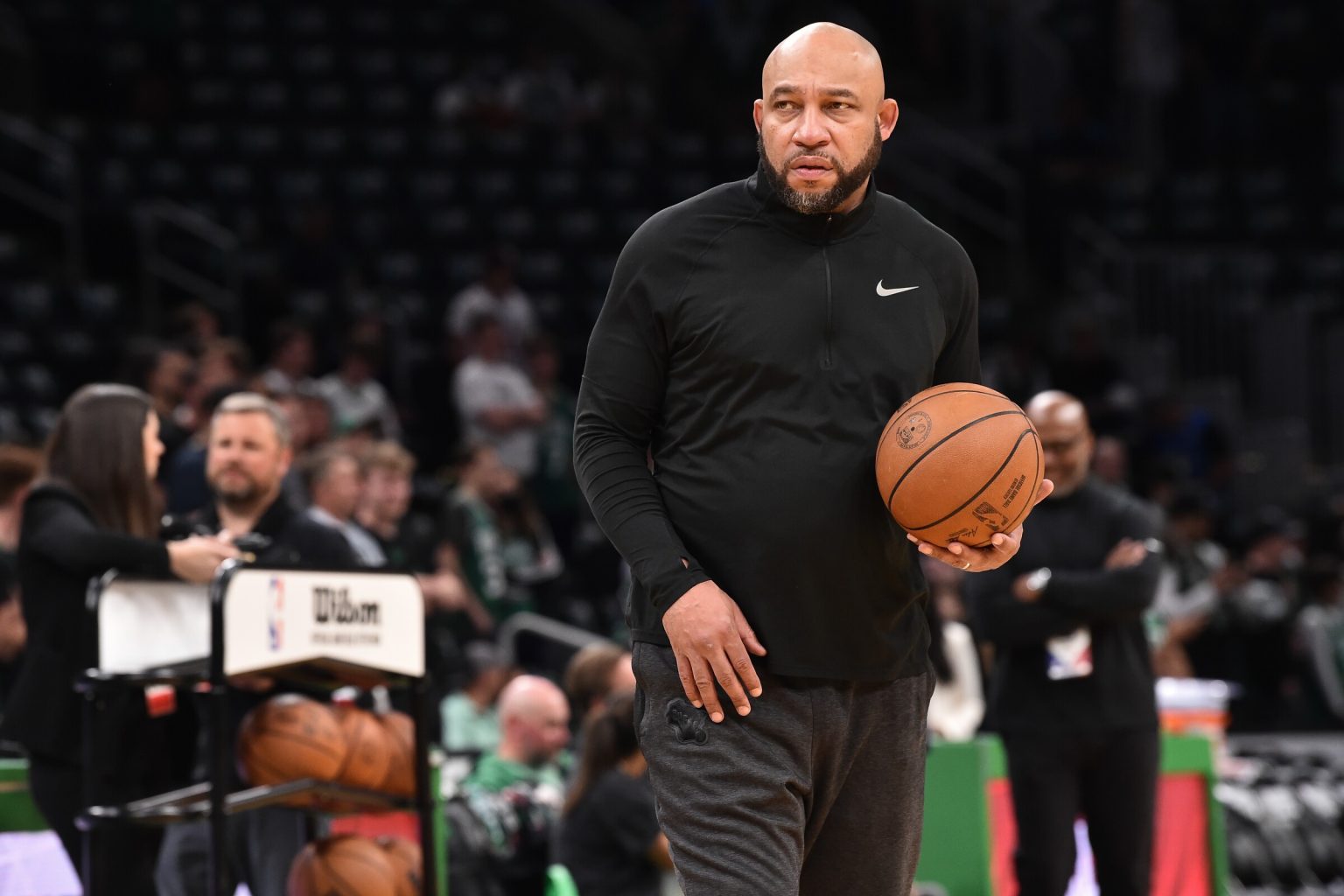 On Friday, the Los Angeles Lakers appointed Darvin Ham as the 28th head coach of the franchise. The Milwaukee Bucks’ former assistant coach is ready to take up one of the most high-profile jobs in the NBA during his debut stint as a head coach. Ham had been an assistant with the Bucks coach Mike Budenholzer since 2013 when the duo coached Atlanta Hawks. He was also a part of Milwaukee’s championship-winning setup in 2021. While the Lakers have not made an official announcement yet, news about Ham’s recruitment has spread widely over the US. And, LeBron James also gave a response on Twitter.

Darvin will be the 15th currently active Black coach in the league, the highest in the NBA’s history. The 48-year-old will replace Frank Vogel, who was fired minutes after the end of the Lakers’ nightmare season. LA had a terrible record of 33-49 and finished on the eleventh seed at the end of the regular season. The Lakers team failed to qualify for the postseason. And now, Ham will have the responsibility to turn things around with stars like LeBron James, Anthony Davis, and Russell Westbrook on the roster.

The Lakers had a horrible season despite James being in the prime form in his 19th season. While Anthony Davis is battling injuries, the biggest concern for the Lakers is Russell Westbrook. The 9-time All-Star failed to perform consistently around LeBron with his limited abilities to shoot from the outside. Moreover, Davis, James, and Westbrook only played 22 games together this season. Thus, the prime objective for Darvin will be to find a way to incorporate Russell’s future into the Lakers framework involving King James and AD.

The Lakers had finalized three main candidates for the vacant head coach position. Along with Darvin Ham, Portland’s Terry Stotts and Brooklyn’s Kenny Atkinson were also in contention for the job. However, the Lakers were impressed by the Ham during the final round of interviews on Thursday. The LA front office offered a deal to Ham on Friday. And he gladly accepted a four-year contract with the Los Angeles Lakers as their next head coach.

Darvin reportedly made a strong impression on the franchise with his experience with big players, championship-winning experience, toughness, and commanding presence. The next order of business for Ham would be to put together a strong staff to assist him during his reign as the head coach.

Ham worked as an assistant coach for the Lakers between 2011-2013 under Mike Brown and Mike D’Antoni when Kobe Bryant was on the team. Darvin developed under Budenholzer since he first joined the buck head coach in 2013. He earned a reputation for being an effective communicator with versatile tactical knowledge. Moreover, Ham also played eight seasons in the NBA and won a championship title with the Detroit Pistons in 2004. The 48-year-old took up his first assistant coaching position in 2008 and is finally ready to become a head coach with the Lakers.

LeBron James was thrilled with the news and congratulated Ham on Twitter. King James and that he was excited and welcomed “Coach DHam” to the Lakers.