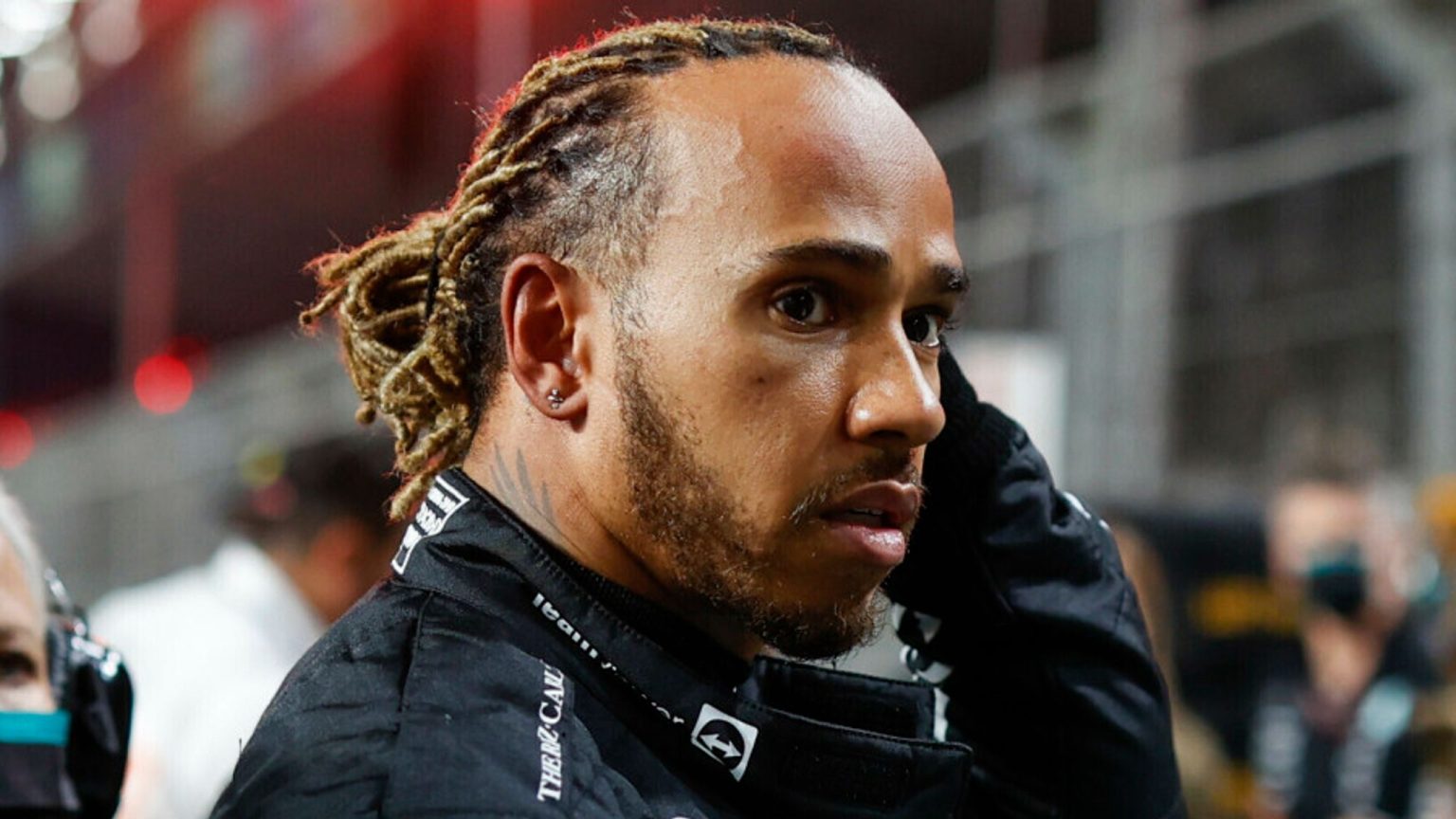 Lewis Hamilton is known for his bold and flashy lifestyle. And his fashion frenzy attires have led to questionable situations on several occasions. On Saturday, Lewis Hamilton stepped into the Monte Carlo Circuit wearing a vibrant aquamarine ensemble with a lot of jewelry amid his tussle with the FIA over the jewelry ban. The seven-time world champ wore a blue checkered vest top with wide teal trousers and a pair of azure sneakers. The Briton also has a blue sling bag on his shoulder for his essentials. The sleeveless vest displayed his intricate arms tattoos, making him look like a high-profile male model.

The 37-year-old also had a pair of square navy sunglasses, and his brunette hair was braided in locks. Moreover, his outfit was matched up by a silver chain necklace, a wide array of rings on his fingers, a bracelet, a watch, hoop earrings, and his infamous nose ring. Lewis showed up with a bunch of jewelry on Saturday after the FIA did not take any action. The governing body provided Hamilton with an exemption of two races to get his nose ring removed. However, the Mercedes driver was seen with a bunch of jewelry, and his nose pin still fitted. Hamilton advocated that his nose ring needed to be removed surgically, and hence he was given the exemption. The Briton also threatened to miss out on a race if the FIA continued to go after him.

The FIA has enforced the jewelry ban very strictly under new race directors and FIA presidents. Moreover, director Neils Wittich included the ban in his race note during the Australian GP. The rule has been in F1 since 2005. However, the drivers have never been penalized for wearing jewelry while racing.

Hamilton Says His Focus This Weekend Is Not On Jewelry Issue

Lewis has pointed out on several occasions that the FIA is wasting too much time on a petty issue. They need to focus on frying bigger fishes. Lewis felt that too much time and energy was being given to a small issue. The Briton told that he had said everything he had to say over the jewelry issue. Moreover, he pointed out that his focus on the Monaco weekend was not n the jewelry ban. Lewis is hoping to make a strong performance in Monaco during Sunday’s race. He appeared to be the fastest driver in Barcelona after falling behind in the 19th position during the opening lap. Lewis finished P5 coming from the back of the field and fighting with all his strength, securing crucial points for himself and Mercedes.

Earlier this month, the FIA president Mohammed ben Sulayem stated that hamilton would face a penalty for not complying with the F1 rules. However, recently, the FIA announced another extension to Lewis Hamilton. The extension will last until the end of June, and Hamilton could compete in three races till then. However, it will be interesting to see if Hamilton gets rid of his jewelry before his home British Grand Prix on July 3.