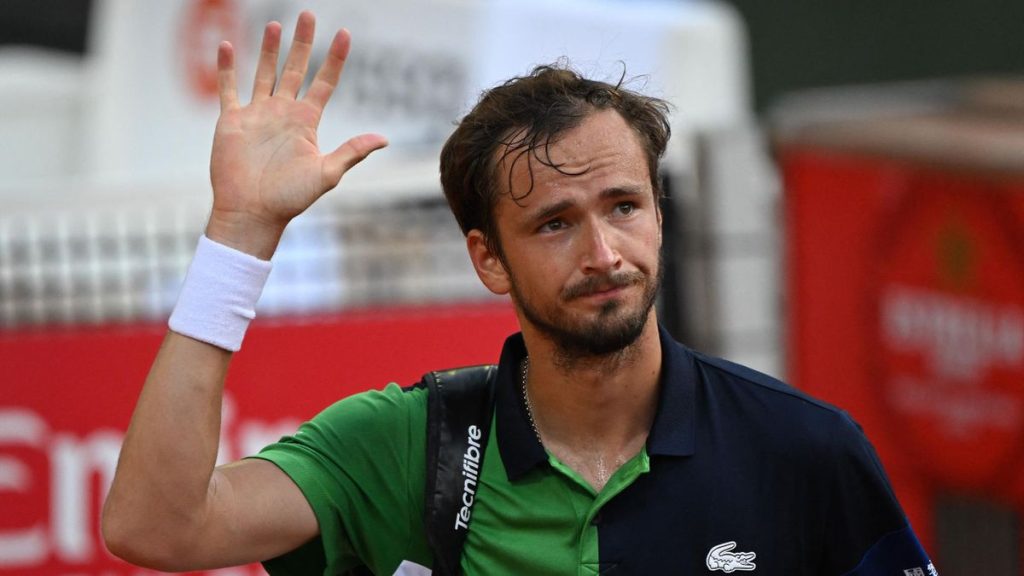 Daniil Medvedev has put up a strong performance at the Roland Garros as he moved to the third round after defeating Laslo Dere in Round 2. The world no.1 came straight from recovering from a hernia procedure and lost his first match in Geneva. He did not have any prior practice on clay this year. Sadly, the Russian tennis star did not have a lot of success playing in France as he lost his first three games. However, the 26-year-old worked on his clay court performance and won the Paris Bercy two years ago, the Marseilles Open, and made it to the French Open quarterfinals in 2021.

After finding some recent form in Paris, Daniil Medvedev revealed that the toughest thing in tennis at the French Open other than facing the Big Three, Federer, Nadal, and Djokovic. Medvedev has been good in Paris this year and is yet to drop a set in the major tournament. Medvedev talked about developing a living relationship with the Parisian crowd. He shared he had never won a match at the French Open before making it to the quarter finals last year. Talking about his experience with the French crowd, Daniil said that he had lost his first three matches at the Roland Garros against French players. It was tough for Medvedev as the crowd was not cheering him. The 26-year-old added, “Playing, yeah. Playing against a French guy in Roland Garros is one of the toughest things in tennis.

At that losing point, the Russian did not enjoy playing in French at all as he did not have good results. However, Medvedev mentioned that his recent wins in Paris over a lost couple of years had taught him to love the French fans. The world no. 2 added that he loves playing in France, and sometimes, a player just needs time to adapt.

Medvedev Talks About His Horrific Encounter With Australian Crowd

Daniil Medvedev also opened up with his dreadful encounter with the Australian crowd earlier this year. The Russian tennis player hoped that he could learn to feel the same about Australia. The Australian Open runner-up lost to Nadal after taking a two-set lead against the 21-time Grand Slam winner. After his finals defeat, Medvedev slammed the crowd. He also claimed that the kid inside him died after the fans disrespected him.

Further, the 26-year-old shared that he usually feels super happy to come to Australia and play there. However, his experience earlier this year has tainted things a little bit. He hoped to return next year and have a better experience. Medvedev admitted that he made some mistakes too. And the crowd did not choose to go against him specifically.

Share. Facebook Twitter Pinterest LinkedIn Tumblr Email
Previous ArticleLewis Hamilton Wears Controversial Blue Attire With Jewelry Ahead Of Saturday’s Action At Monaco GP!
Next Article Matt Carpenter Makes a Dream Debut For The Yankees In a 7-2 Win Against The Rays!