Lewis Hamilton Is No Longer The Top Dog At Mercedes After Russell’s Arrival, Claims Eddie Jordan! 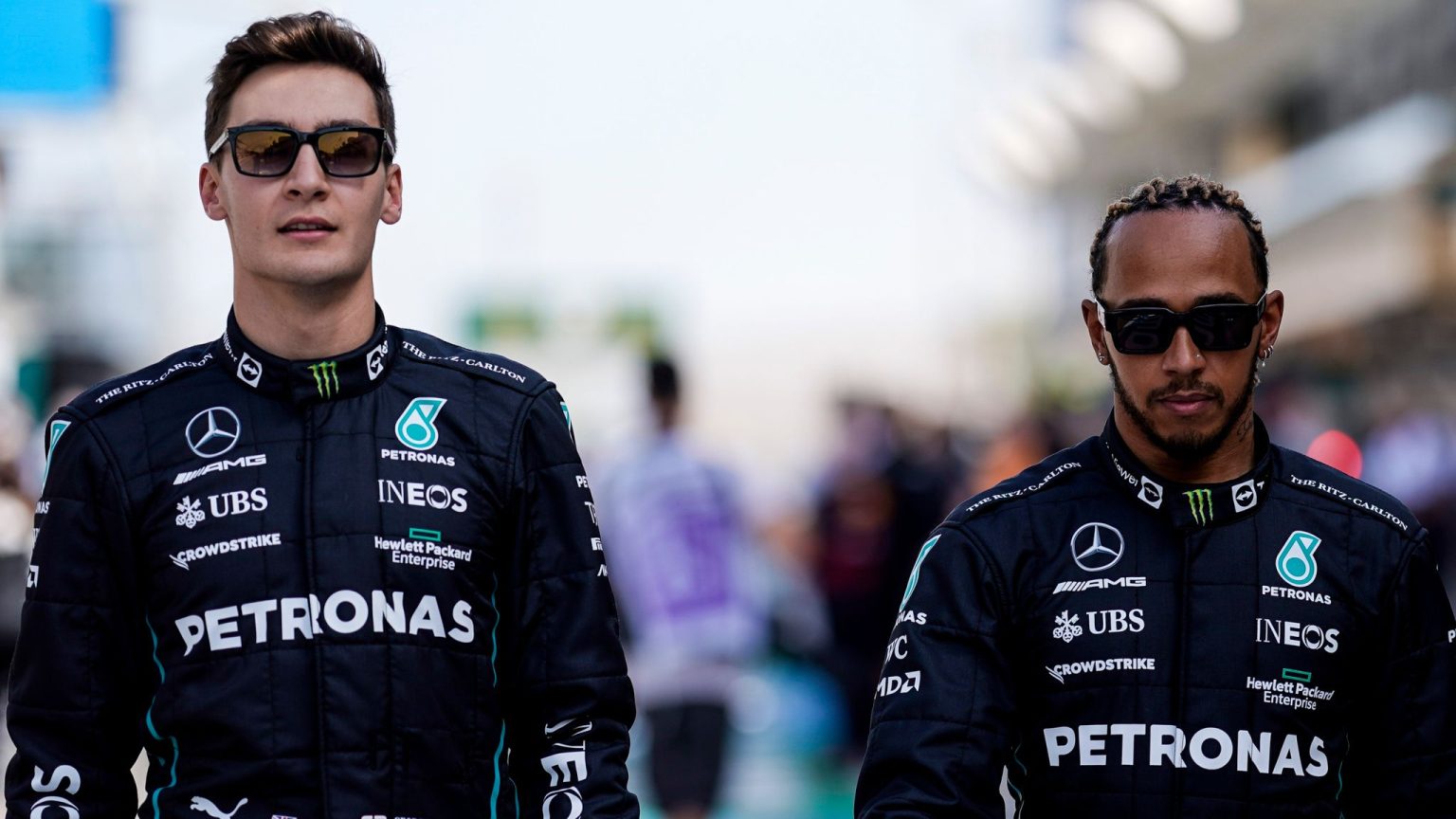 Mercedes has been through very testing times since the start of the 2022 championship, as they failed to get their new W13 right. The reigning constructors’ champions haven’t been able to do better than being the third fastest team across the circuits. Unfortunately, Lewis Hamilton has suffered the consequences of not having the pace or the stability to compete in front of the grid so far. The seven-time world champ was hoped to make a stronger comeback after missing out on his eighth world championship last season.

While the Briton has been extremely unlucky so far, his new teammate George Russell has shown his potential on the racing track by getting more out of his underperforming W13. The former Williams driver has been one of the most consistent in 2022, with a top 5 finish in all seven races in the season.

At the same time, Hamilton’s performance this season is completely opposite to his reputation. After winning a podium in Bahrain, where both Red Bull retired in the later stages, the highest that Hamilton managed to finish was P4 at the Australian GP. The Silvers Arrows failed to deliver Lewis a championship-winning car. And this is far behind in terms of pace to the frontrunners, Red Bull and Ferrari. The British racer’s unlucky run this season has led many experts to believe that the tides are turning at Mercedes. Moreover, the former F1 team owner Eddie Jordan thinks that Lewis may not be the top dog at the German racing team as a result of George Russell’s consistency.

Is Hamilton Not The Best Driver At Mercedes Anymore?

Talking about George Russell, Jordan shared that the younger Briton absolutely deserves his move to Mercedes. The big surprise for Eddie was that F1 enthusiasts globally think Lewis Hamilton is the top dog. But, the former Jordan GP owner thinks that the British racer is not the top dog anymore at Mercedes as Russell has taken his perch away. Jordan added, “I think it’s very interesting to watch. And I want to see how Lewis is going to overcome that.”

However, the Mercedes team principal has claimed the speculations to be rubbish. Toto Wolff said that he was happy with both Mercedes drivers. And he can only smile when he reads stories about Russell replacing Hamilton. Wolff revealed that he hardly follows such noises around the team. The former Austrian driver thought that George had done a good job. And that was exactly what the Silver Arrows expected of him when they hired the 24-year-old.

Further, many F1 experts Juan Pablo Montoya also mentioned that Russell had a lot to learn from Hamilton. The former Columbian racing driver felt that George was doing better on a one-lap pace and getting more out of the car in a lap than Lewis. The 46-year-old said that Hamilton is pretty hard to compete with when he is in top form. Juan Pablo further stated that George might have a better lap pace. But the younger Briton has got to learn a lot from Lewis in terms of race pace. Montoya added, “Same as when Valtteri Bottas was there. The pace of Lewis in the races was incredible.”