Lewis Hamilton Given The ‘Hero Status’ After His 2021 F1 Championship Loss! 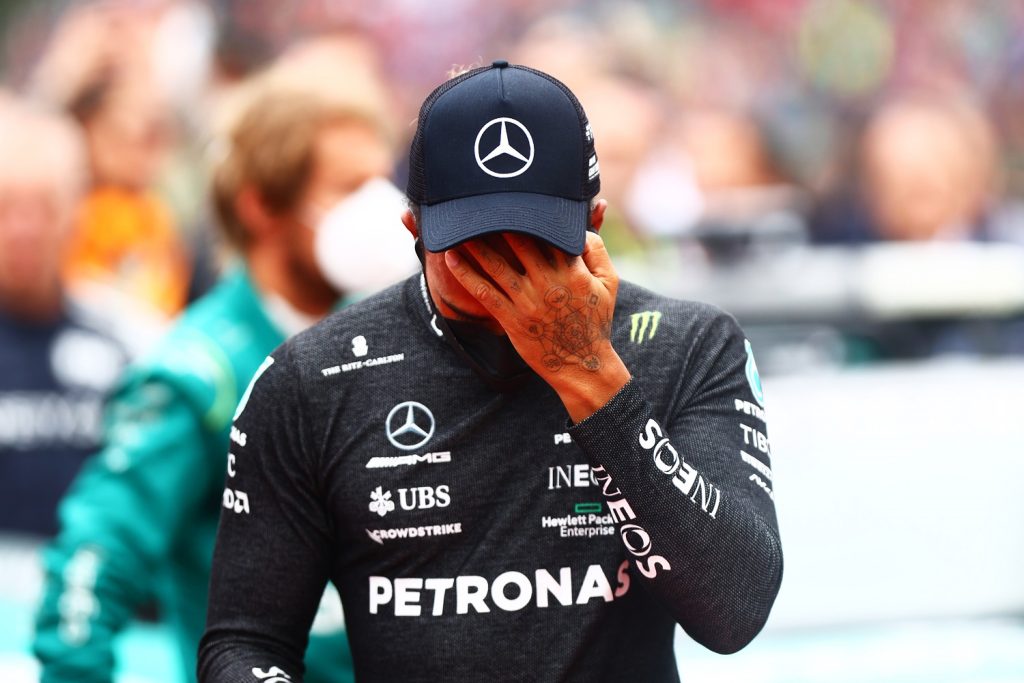 The 2021 F1 season experienced one of the closest championship battles in motorsport for a long time. Mercedes’ Lewis Hamilton and Red Bull’s Max Verstappen were involved in a fierce on-field rivalry last season. The two drivers headed into the last race with equal championship points. Apparently, the Briton was the clear favorite to win his record eighth championship title, while the Dutchman hoped to win his maiden F1 championship.

However, the drama and the controversy that unvieled during the last few laps of the Abu Dhabi GP left Lewis Hamilton in a very dark place. The Briton had a comfortable 12-second lead over Verstappen. But, a late safety car after Nicolas Latifi’s crash and a controversial decision to allow the lapped cars between Hamilton and Verstappen gave the latter a big advantage. The Red Bull driver shockingly managed to get past Lewis Hamilton during the final lap on fresher tyres and clinched the championship away from Lewis.

Many famous personalities came to watch Hamilton create history by doing something no driver had ever achieved. However, the unimaginable drama during the race left everyone’s jaws dropped. Among all the celebrities were the Star Wars mastermind George Lucas and his wife, Mellody Hobson. The couple came to support their friend Lewis without informing him. Mellody recently revealed how the horrific championship result affected the Briton. She also recalled how Lewis received the hero status from her husband, George. Mellody recalled Lucas took her to watch the Monaco GP in 2007. He told her how a rookie Black driver had broken into the sport’s top ranks for the first time in F1’s 70-year history.

Hobson revealed how surprised she and Lucas were shocked to see how calm Hamilton was after losing the championship in the worst possible manner. Fans definitely expected the Briton to lash out after what had just transpired in front of his eyes. However, Lewis Hamilton acted as a perfect gentleman despite being devastated on the inside. He congratulated Max Verstappen on winning his maiden F1 championship. Seeing Hamilton’s reaction to the whole fiasco, Lucas told his wife, “Heroes are bigger than champions. Lewis just earned hero status.”

Lewis Hamilton Reckons Lucas’ Compliment Was One Of The Greatest

Hobson revealed that Hamilton found himself in a very tough spot after the end of the season. So, she invited the 37-year-old to their house for Christmas and somehow managed to convince him. Mellody also reminded Lewis Hamilton not to take any decision during times of anguish or pain. She insisted the Briton to think thoroughly about it despite the incident being hard and uncomfortable. Mellody said, “But there’s nothing to be done at this moment. So do nothing.”

Meanwhile, Lewis acknowledged the ‘hero status’ compliments from the Star Wars director. He stated that it was one of the greatest compliments he could receive. Lewis added, “It is very surreal to grow up watching Star Wars and have Yoda’s dad say positive things about you.”