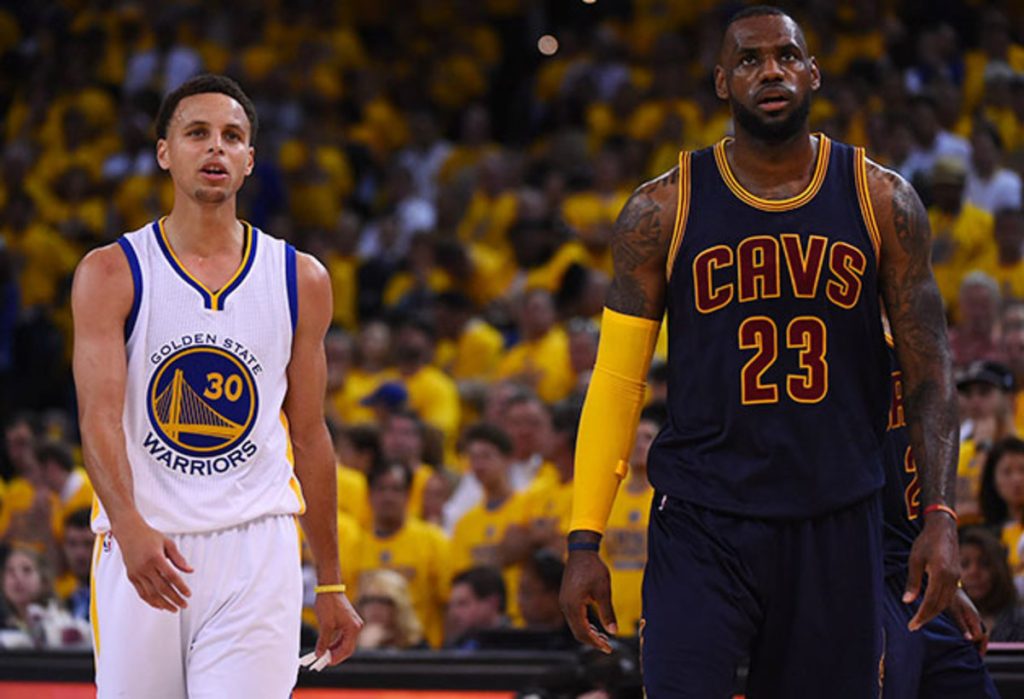 LeBron James and Stephen Curry have showcased one of the fiercest rivalries in the modern NBA era. The passion and the energy that the two legends bring to the basketball court are simply surreal. However, the two players are buddies and share utmost respect for one another’s skills off the field.

Stephen Curry has enjoyed more success with the Golden State Warriors in recent times, while LeBron James has struggled with the Los Angeles Lakers. Curry led the Warriors to their seventh NBA championship this year. And LeBron James and the Lakers failed to make it to the playoffs. Moreover, a fourth NBA ring has equalized Steph with LeBron James in terms of championship wins, despite the former entering the league six years later.

The duo shares a testing rivalry. They faced each other in four straight NBA finals between 2015-2018. Steph announced his eliteness by securing his first MVP and winning his first championship with Golden State in 2015 after being picked as the seventh overall pick in the 2009 Drafts. Since then, the eight-time All-Star has emerged as one of the greatest players in the NBA.

In his 12-year-long career, the 2022 finals MVP won his first ever unanimous MVP in 2016 by leading the Warriors to the league-best regular season record of 73-9, surpassing the 1996 Chicago Bulls team. Steph went on to win two more championships in 2017 and 2018 after a hard-fought loss against James and the Cleveland Cavaliers. The 34-year-old won his fourth title recently, entering the elite league of champions.

James made a bang in his rookie year as a first-round pick for Cleveland during the 2003 NBA drafts. He has scored at an average of at least 25 points per game each season, except his rookie year, in his 19-season long career. The durability and the skills that the 18-time All-Star has shown across the years are simply impossible to match.

Despite the Lakers missing out on the playoffs last year, James averaged 30.3 PPG and came quite close to the scoring title. He also surpassed Karl Malone to become the second-highest scorer in league history. Moreover, the four-time finals MVP is set to surpass Kareem Abdul Jabbar’s record for the most points in the NBA next season. LeBron stayed with the Cavaliers till 2010 before moving to Miami and winning his first two back-to-back rings in 2012 and 2013.

LeBron James has had a more accomplished career and is rated among the likes of Magic Johnson and Michael Jordan. He has developed a role model personality and has never been a part of the off-field controversy. James had dominated the league consistently over his 19-season-long career and showcased some smart street intelligence on the court. The King also has more All-Star teams, finals MVPs, regular MVPs, and other achievements. LeBron has had a more stable career with 18 All-Stars compared to Curry’s 8. The two players have a three-year age gap, and Curry entered the league six years after James.

Meanwhile, Stephen Curry had to work his way up into the league with the Golden State Warriors. After averaging 17.5 PPG in his rookie season, Curry had a rough couple of seasons due to injuries and criticism from the experts. However, Steph kept pushing and led the Warriors to the 2014 NBA championship, winning his first MVP award. He is undoubtedly the best shooter in the league, with the 12th All-time three-point shooting percentage of 43.3%. Curry is also the best all-time free thrower, overtaking Mark Prince and Steve Nash. However, James has better stats on both sides of the court and certainly more achievements. But, both the players have proved their greatness over the year.

James and Curry share a tough rivalry on the field but are the best of buddies off the field. James is a big fan of Curry’s work and has expressed his desire to play with the Warriors legend on several occasions. Both the players are in their 30s and have a few seasons left in them. But, the magic they spread on the field suggests that the duo will continue o dominate a lot more records in the league in the future.