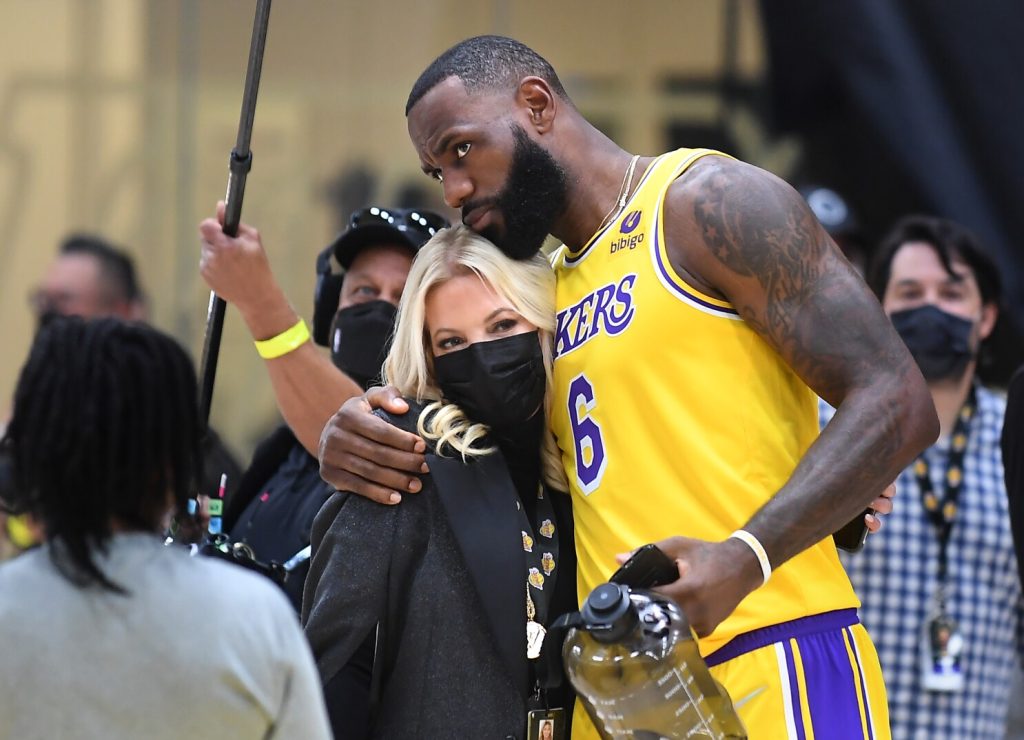 In recent times, the biggest concern for the Los Angeles Lakers has been LeBron James. Lately, the four-time NBA champion became eligible for a contract extension. The Lakers are coming off a terrible season as they failed to make it to the playoffs and finished in the 11th seed with an embarrassing 33-49 record. On the other hand, James was in the form of his life. He averaged 30.3 PPG and surpassed Karl Malone to become the second highest scorer in the history of the NBA.

The 37-year-old is in the twilight of his career and would love to win a few more championship rings before he retires. However, playing with the Lakers does not really ensure that. The LA front office has not been able to make crucial changes from their last season’s roster due to a salary cap. Moreover, they have failed to trade Russell Westbrook, who clearly did not fit alongside James and Anthony Davis.

Amid all the drama, it was speculated that LeBron James might not extend his stay in LA beyond 2023. However, James’ agent Rich Paul of Klutch Sports, announced recently that the 18-time All-Star had signed the two-year, $97.1m extension deal. The new contract will take LeBron beyond his 40th birthday in 2024.

LeBron’s recent decision put an end to the exit speculations and suggested that he is quite comfortable in LA. James joined the Lakers in 2018 and led the franchise to a championship win in 2020. However, the last two seasons have been tough for the Lakers. And sadly, the misery is expected to continue next season.

Despite all the doubts, LeBron James has shown his trust in the Lakers and does not want to relocate as of now. His new extension deal is in sync with Anthony Davis, allowing both players to leave the Lakers or negotiate a new deal in 2024. There is no doubt that James and his family are quite comfortable in LA. His eldest son, Bronny, is a future basketball prospect and currently plays for the Sierra Canyon High School in Chatsworth.

Apparently, James’ new contract will earn him a salary of $46.7m, which is a 15% hike from his previous wage. Not only that, the extension deal makes LeBron James the highest-paid player in NBA history, with a career earning of $532m. King James would also hope that the Lakers would sign Bronny when he joins the drafts in 2024. He has expressed his desire to play with his son several times. However, the senior high school player still has a long way to go before making it to the NBA. Meanwhile, if Davis and James remain healthy this season, the Lakers could return back in contention for the NBA championship this season.