LeBron James Criticized Online For Making Dirty Play During A Drew League Match! Is That True? 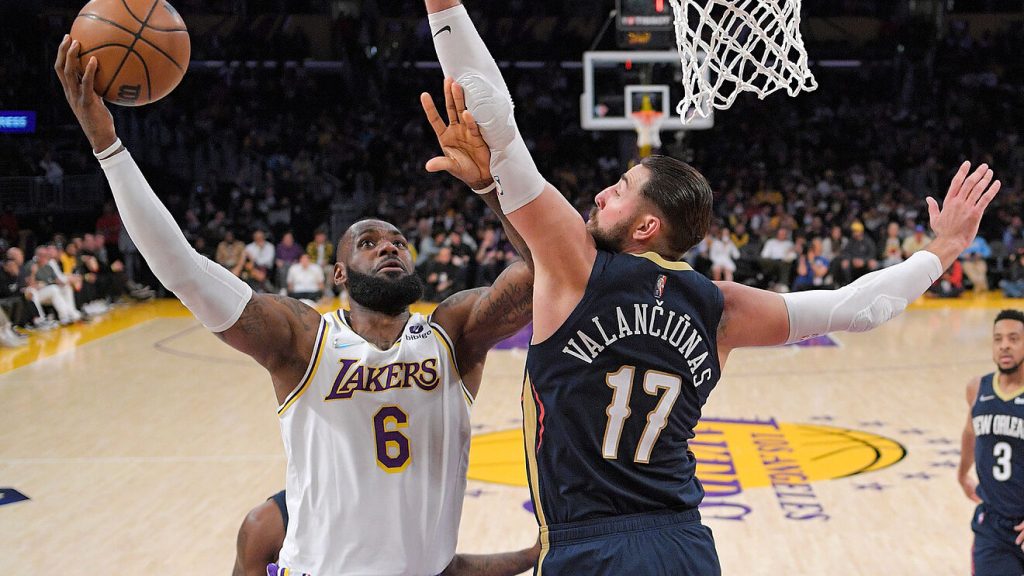 LeBron James is the modern ambassador of the NBA league and has been a superstar since his debut in 2003. The kid from Akron was considered special even before he made it to the league. Over the course of 19 seasons, James established himself as a legend as fans and media followed his every move. The dedicated LeBron fans are keen on every move that their inspiration makes and like to stay updated. However, being around an environment where everyone is looking at you could lead to some controversies when a player gets caught doing unethical or controversial things.

Recently, a new viral video of LeBron James from the Drew League game has led to accusations that the Lakers superstar played dirty. LeBron was seen for the first time on the court since the end of last season. He secured 42 points during the League match earlier this month. However, a viral video from the game has led to a lot of criticism towards the four-time NBA champ. The video showcased an embarrassing moment for LeBron James. He was seen using his elbow to push the offensive player slightly while he was in the air and on his way to dunking. The recent footage, which quickly became viral on social media platforms, has led to accusations that James often uses dirty tactics to stop his opponents from scoring.

The footage was compiled with a series of similar incidences that LeBron was caught doing on the camera. While LeBron’s intentions were unclear from the angle the video was shot, it was still a suspicious situation for the 18-time All-Star. It is not the first time LeBron has been accused of making a dirty play. A couple of years ago, James found himself in a similar situation. He received a great deal of criticism after being caught pushing the Suns’ attacker Mikal Bridges.

About six minutes in the second quarter, James tried to undercut Mikal and then pushed him as he was flying to the rim in order to score. Eventually, James’s push resulted in Bridges falling badly to the ground. However, Mikal was able to continue while LeBron had to face a great deal of heat.

Every player makes unethical moves at some point in their career. And LeBron James has been spotted pulling it off only several times in his 19-seasons long career. However, there is no doubt that LeBron might rely on such moves rarely. Viewers have seen him playing fairly for the most part of his career. He uses his skills and tough personality to get results for his team.

Share. Facebook Twitter Pinterest LinkedIn Tumblr Email
Previous ArticleMercedes To Bring A New Nose Design For Their W13 At The French Grand Prix! Is There Any Chance Of Win?
Next Article Who Are The MOST SUCCESSFUL Formula 1 Engine Manufacturers Of All Time? Take A Look