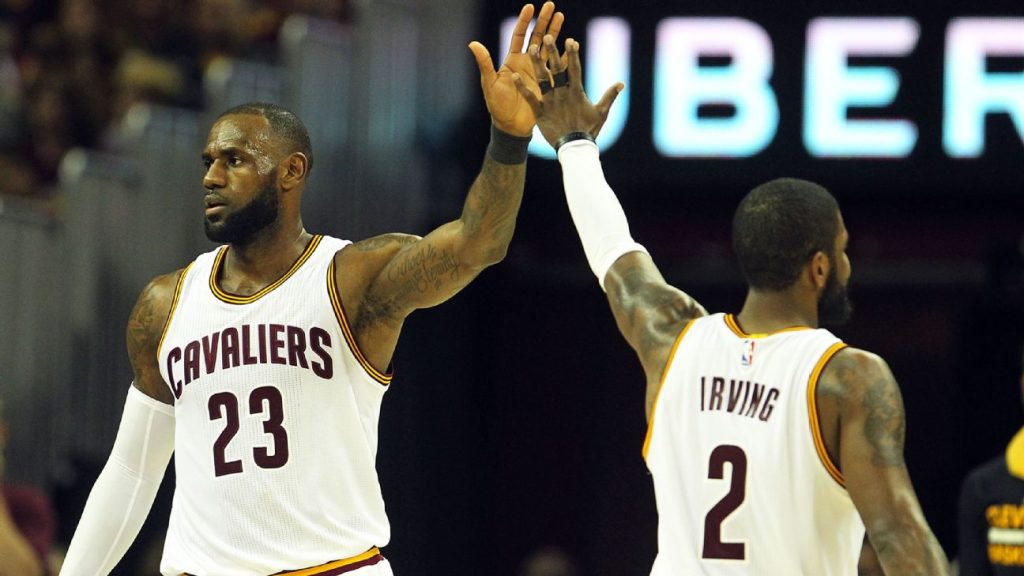 The Los Angeles Lakers went through a nightmare season, leaving them looking back at what they could have done to have a better outcome. The franchise had no interest in making last moment trades to help their roster find wins and stay in the play-ins race. Unfortunately, the Lakers kept losing with Anthony Davis. And LeBron James got injured during the season’s final stretch. King James was in prime form and averaged 30+ in his 19th season. However, the King received no support he needed to lead the Lakers to victory.

Recently, NBA Insider Ian Begley reported that several members of the Lakers front office allegedly discussed acquiring the Brooklyn Nets point guard Kyrie Irving during the 2021-22 season. The move would have reunited LeBron James with his former Clevland Cavaliers teammate. However, the deal did not go through. And the Lakers were stuck with Russell Westbrook, who failed to perform up to MVP standards.

Did Lakers Miss A Trick Not Trading For Irving?

Westbrook and James could not form the chemistry on the court to actually have a combined impact. If Kyrie had been there, the situation could have been completely different. Irving and James worked together to take Cleveland to an NBA championship in 2016.

Further, Irving only appeared in 29 games this season. He was not allowed to play home games due to his vaccination status. But, Irving was in sensational form when he was on the court. Kyrie averaged 27.4 points with 4.4 rebounds and 5.8 assists per game. He shot 46.9 percent from the field and 41.8 percent from beyond the arc.

At that time, several media outlets reported that the Nets were open to talking about potentially trading Kyrie Irving. Moreover, some members of the Lakers organization discussed the possibility of trading for Irving.

It looks like the Lakers made a big error not going for Irving. They had a chance of getting him on the team while the nets considered him a liability due to his take on vaccination. Kyrie has shown what he can do, and the Nets will look to extend his contract this summer. Meanwhile, the lakers have a long road ahead of them. They are looking for a new head coach and have a lot on their plate to deal with this offseason.