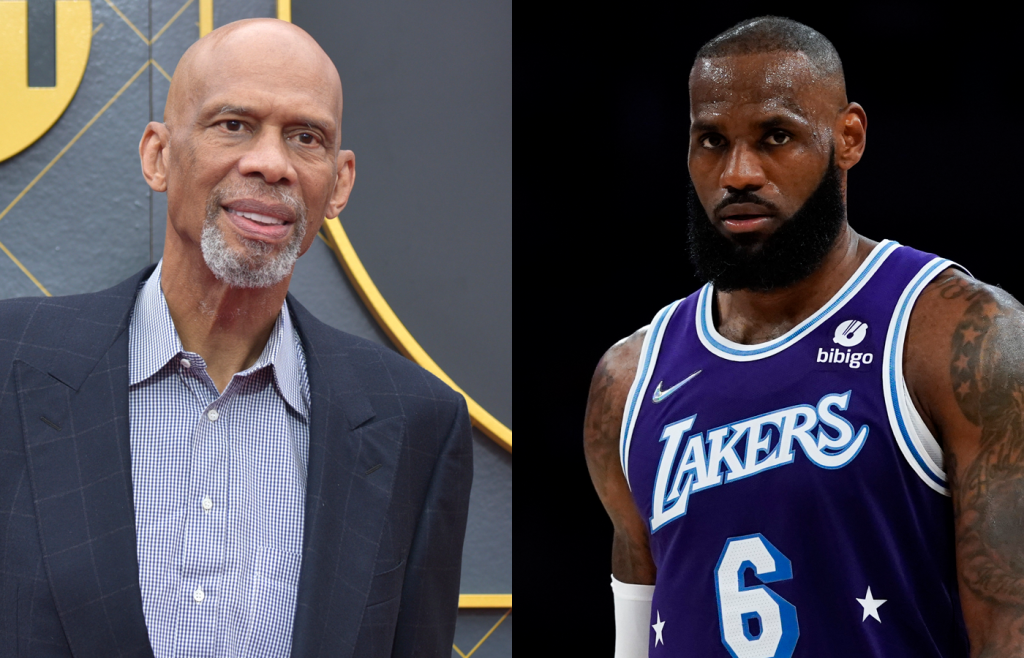 The highest scorer in NBA’s history, Kareem Abdul-Jabbar, openly criticized LeBron James before the Lakers’ 129-118 loss against the Nuggets on Sunday. Abdul-Jabbar presented Lakers’ Carmelo Anthony with the Kareem Abdul-Jabbar Trophy to honor him as NBA’s Social Justice Champion for 2021-2022. Moreover, Jabbar is not happy about how James conducts himself. The former LA superstar feels that James has a greater responsibility being a GOAT and needs to act like it. Abdul has targeted James several times for his social media posts and his strange celebrations on the court.

Jabbar feels that LeBron is standing on almost both sides of the fence. He believes that some of the things that James has done are really beneath him. And it is hard for Abdul to believe his commitment due to his contrasting stand on everything. Moreover, Jabbar added, “It’s hard to figure out where he’s standing. You’ve got to check him out every time.” In December, there were two such incidences when Jabbar expressed his disappointment in LeBron’s actions.

James celebrated by mimicking a dance by NBA All-star player Sam Cassell during an overtime win against the Indiana Pacers. The dance made Sam quite popular. Abdul was displeased by James’ dance. He said, “For me, winning is enough.” In early December, Jabbar posted a video on a subscription commentary website called Substack. Kareem pointed out that LeBron’s dance made him look stupid and childish. He disrespected the other team on the court, which did not make any sense for Jabbar, who said, “GOATs don’t dance.”

Abdul Jabbar took another shot at LeBron when the four-time MVP posted a Spider-Man meme on his Instagram account. The meme depicted two-three similar Spider-Mans pointing at each other with the labels COVID, cold, and flu. Meanwhile, Kareem wrote on Substack that the Instagram post was a blow to LeBron’s legacy. Jabbar felt that the meme implied James did not understand the difference between the three diseases in the world of pandemics, where information dissemination about COVID is at its peak.

During Anthony’s award ceremony, Kareem said that he had higher expectations from LeBron James. Kareem added, “He understands the issues and spoken to them quite forcefully and eloquently.” Jabbar feels that small things like this could taint the 37-year-old’s accomplishments and reputation.

Further, James dismissed Kareem’s criticism and said, “I don’t have a response to Kareem at all.” LeBron specified that his post acknowledged that all of us are trying to figure the pandemic out.

After Jabbar’s comments, Anthony was asked if he would take the opportunity to facilitate a meeting between Kareem and LeBron. Anthony said he was not aware of the real issue. However, he was in favor of a sitdown between the two legends. Anthony told that if the duo wanted to have a conversation, he would love to facilitate it. Abdul-Jabbar commented, “If he would take the time, I definitely got the time.” Hence, conversations might get interesting and probably heated up a little if the two greatest legends face each other sometime in the future.

Jabbar tweeted on Sunday night that he regretted how his off-hand response had been taken out of proportion by people. Kareem reminded everyone that he had expressed deep admiration for LeBron over the years as a community leader and athlete. And his admiration has not changed and never will.