Shaquille Advises The LA Lakers: LeBron Is Not The Real Reason Behind The Back To Back Defeats 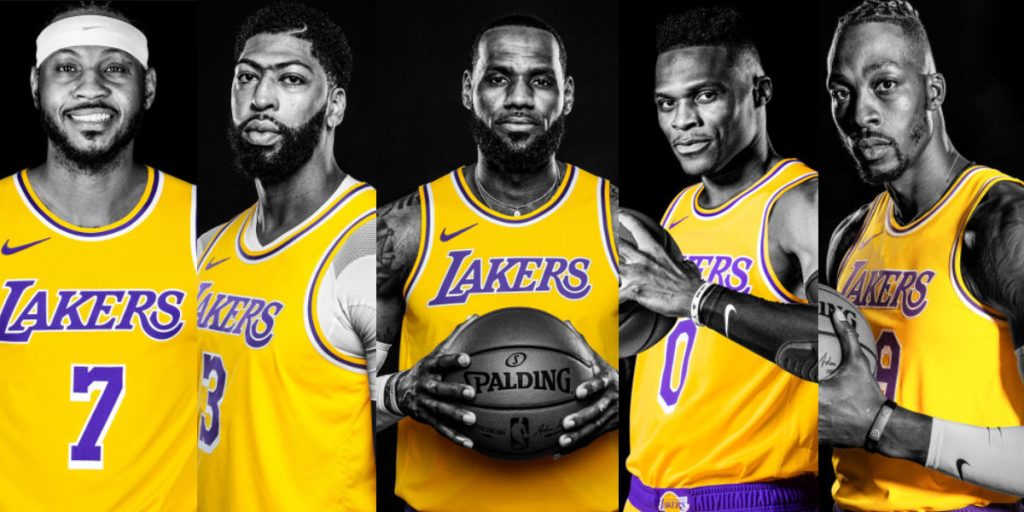 The Los Angeles Lakers lost their sixth game in a row on Sunday. The fifth-ranked Denver Nuggets defeated the Lakers by 129-118. Unfortunately, LeBron James missed out on another game due to soreness in his ankle. Anthony Davis and Russell Westbrook took charge against the Nuggets to secure a much-needed victory for the Lakers. Davis scored 28 points with nine rebounds and eight assists, while Westbrook clinched 27 points with ten rebounds and seven assists. However, their performances were not enough to match the Nuggets’ Nikola Jokic, who scored a whopping 38 points with 18 rebounds and six assists. Sadly, the Lakers have gone two matches behind the Spurs after yet another loss. Hall of Famer Shaquille O-Neal advised the Lakers to make crucial changes in their roster next year to avoid another embarrassing season.

The Lakers’ chances of making it to the play-ins depend on how the Spurs perform in their last four games. If the Spurs win two of their last four, LeBron James and the Lakers would be officially out of the postseason. However, there is still a ray of hope that the lakers might just qualify for the season. Moreover, the Lakers will have to make some crucial changes in their roster if they want to come back stronger next season. Let’s find out what the former Lakers superstar Shaquille has to say!

The team attempted to put the triple-double king as an off-ball specialist to take some scoring pressure off LeBron James. However, the move did not prove to pay off for the Lakers, as Westbrook has had a disappointing average of 18.4 points per game in 77 matches this season. Moreover, the LA media attacked Westbrook and his family several times, affecting his performance even further.

O-Neal insisted that the Lakers need to get younger and more athletic players around LeBron and Davis. He pointed out, giving Westbrook’s example, that everyone was so excited when the LA team signed him. However, age had certainly turned out to be a major factor that has affected the Lakers’ performance along with an array of injuries.

Further, the Lakers will find it hard to trade Westbrook after the inconsistencies in his performance this year. And the colossal contract with Westbrook will make it hard for the Lakers to get rid of him. The LA Lakers added aging players like Dwight Howard, Camelo Anthony, and Trevor Ariza to the team with LeBron James’ approval. However, all of these players have lacked the energy, effort, and determination the team required to win consistently.

The Lakers were forced to give more minutes to players like Austin Reaves, Malik Monk, Talen Hortin-Tucker, Stanley Johnson, and Wenyeh Gabriel lately. Due to a lack of consistency from experienced campaigners, the changes have paved the way for the Lakers to search for younger players.

Can The Lakers Still Make It To Post Season?

The Lakers have found themselves in a tricky situation after the sixth defeat in a row. They are in close competition with the San Antonio Spurs for the 10th play-in seed in the Western Conference. After their loss against the Nuggets, the Lakers are behind the Spurs by two games. Moreover, The Spurs have a tiebreaker over the Lakers. Hence, LA will have to finish two wins ahead of San Antonio. With four games left to play, if the Spurs win two of them, the LA team’s postseason hopes will come to an end.

In their final four games, the Lakers will face the Phoenix, Golden State, Oklahoma City, and the Nuggets. The Phoenix Suns are on top of the Western Conference with 62 wins. The Suns will have a home-court advantage and might rest some of their key players before the playoffs. Although it will be tough, the Lakers will have to try to clinch a much-needed win if they want to stay alive in the play-in race. The third-ranked Golden State Warriors might also rest their key players for the remaining games, giving the Lakers an off chance to sneak a win.

Meanwhile, Oklahoma City is positioned at the 14th spot. Their hopes of making the play-ins are already over. Hence, the eleventh-ranked Lakers would be expected to get a win against the Thunders. Lakers will have to watch out for the Nuggets during their last game of the season, who are also looking to cement their play-in spot. The Lakers will face the Suns on April 5. Hopefully, LeBron James will feel better about his ankle and help the team secure a much-needed victory along with Anthony Davis and others.

LeBron James Very Close To Break Kareem Abdul-Jabbar’s Record! The Date Is Sooner Than You Think