Lakers’ LeBron James Gets A ‘LJ’ Gold Crown On His Tooth! See Pictures 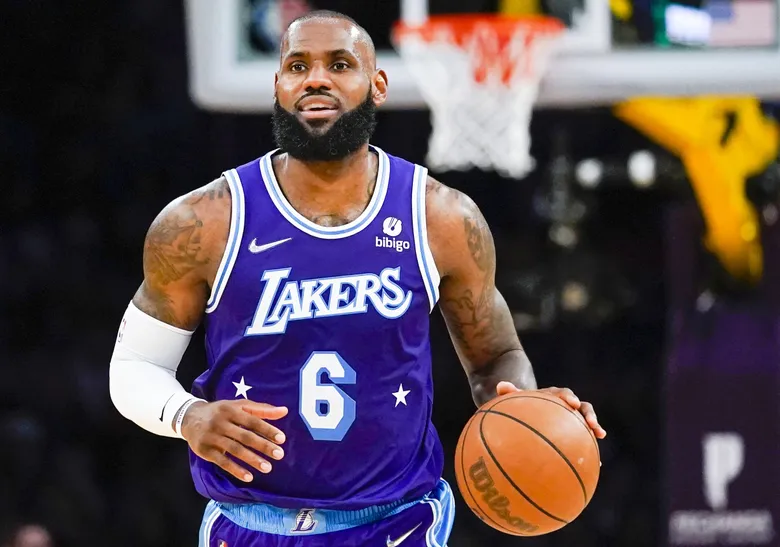 LeBron James recently signed a two-year, $97.1m extension deal with the Los Angeles Lakers, which would take him at the end of the 2025 season. The contract also made James the highest-paid player in the history of the NBA. He is already the only active billionaire player in the league. The four-time NBA champ is set to become the highest scorer in the league as he aims to surpass Kareem Abdul Jabbar next season. The 37-year-old looks more involved than ever in his off-season preparations, as he recently appeared in Jamal Crawford’s CrawsOver pro-am tournament last weekend.

Earlier in July, LeBron James also played in the Drew League pro-am. James managed to put up 42 points with 16 rebounds. There is no doubt that LeBron is a down-to-earth family man who does not like to live an expensive and lavish lifestyle. However, the King sure knows how to remember his achievements with priceless souvenirs. He has added one more item to his precious collection in the form of an LJ logo crown on one of his teeth.

James is looking to turn things around this season for the Lakers after a terrible season. The Lakers finished 11th seed with a terrible 33-49 record and failed to make it to the playoffs. Meanwhile, James scored 30.3 points per game with 8.2 rebounds and 6.2 assists per game. Despite his best efforts, Anthony Davis’ injuries and Russell Westbrook’s inconsistency gravely affected the team. However, LeBron would hope that his team could turn things around this season and come back in contention for the championship ring this year.

The 18-time All-Star is also setting up his look for the 2022-23 campaign. The season is scheduled to kick start at the end of October, and James has recently added one more piece of jewelry to his big personality. The Los Angeles Lakers’ official Twitter account shared a picture of LeBron James donning a crown in his tooth. King James got himself an LJ crown logo implanted on his teeth recently. The logo seems to be another souvenir that LeBron generally buys to mark his achievements.

The new look definitely suits the King. In this season, he is hoping to become the highest-scoring player in NBA history, overtaking the great Kareem Abdul Jabbar. Hopefully, the luck will turn around for James and the Lakers this season. Unfortunately, they have not been able to come close to the championship since 2020.