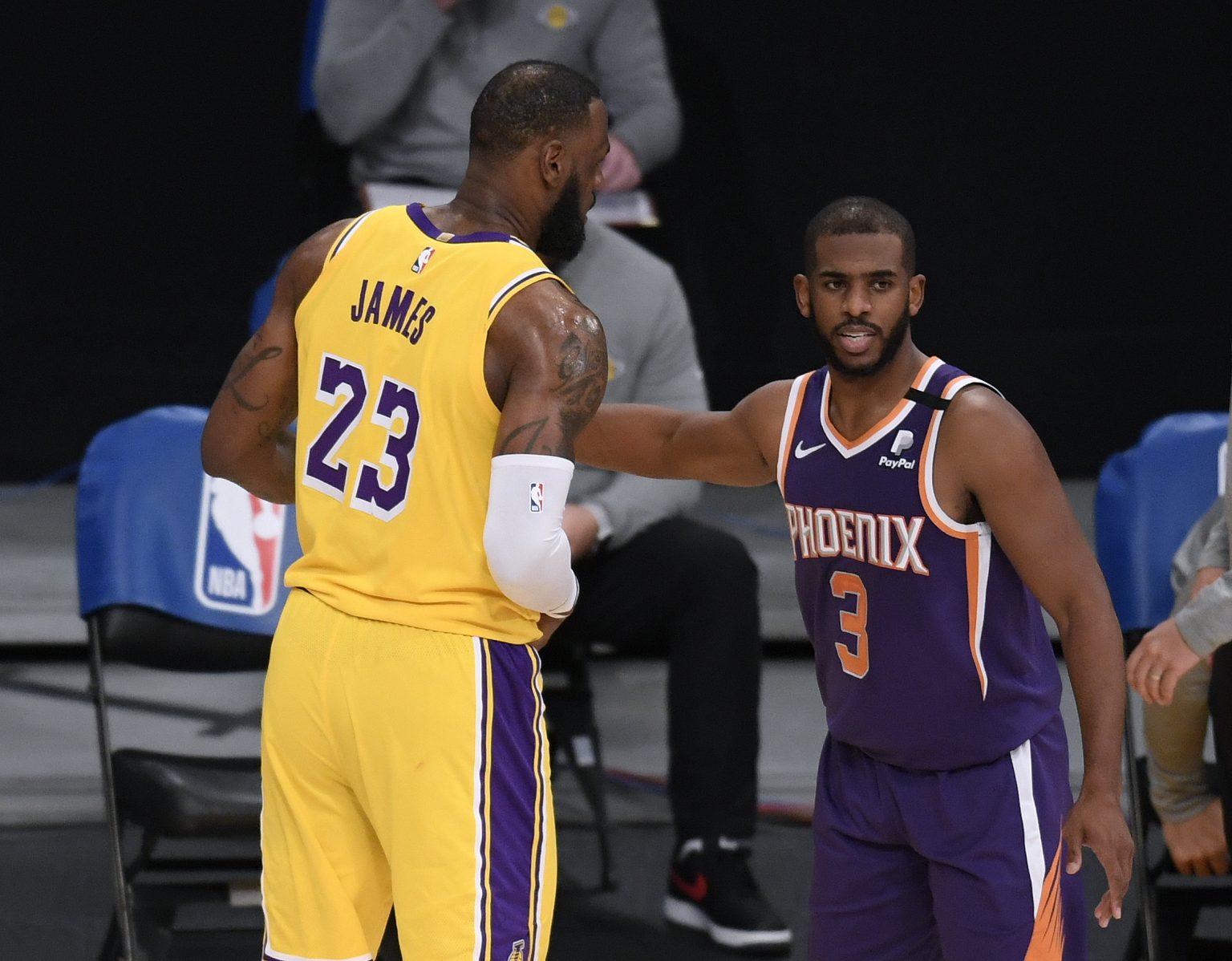 The Los Angeles Lakers star LeBron James has recently congratulated Chris Paul for achieving an incredible milestone by securing his fifth assists title of his career this season. The Phoenix Suns guard became only the sixth player in NBA history to win at least five assists titles. Chris Paul finished the season with the 702 assists in 65 games for the Suns.

The 36-year-old averaged 10.8 assists per game and had a slight lead over Philadelphia 76ers’ James Harden, who finished the season at 10.3. Further, Paul almost clinched the steals title this year too. Unfortunately, he finished second with 1.9 steals per game. While the Spurs’ young gun Dejounte Murray secured the steals championship with an average of 2.0 steals.

The Suns’ playmaker has taken his team to the top of the Western Conference with 64 wins. The win record is the highest across both Conferences. The Eastern Conference leader Chicago Bulls have won 53 games this season. Moreover, Chris Paul became the only player with five assists title along with five or more steals championships. CP3 has joined the likes of Stockon(9), Cousy(8), Robertson(6), Kidd(5), and Nash(5) with five or more assists titles.

King James shared a story on his Instagram account to congratulate his long-time friend Chris Paul for achieving for winning his fifth assists title. Chris Paul’s arrival to the Phoneix Suns in 2020-21 has brought the losing franchise back to winning ways in a short time. Meanwhile, LeBron has carried a lot of teams on his shoulders throughout his career. He understands how tough it is to turn a losing side into championship leaders. Chris Paul’s critical contributions to the Suns have certainly affected the most number of wins this season. Hence, it would have been extremely tough for Devin Booker and the rest of the team to turn things around in Paul’s absence.

Chris Paul still has a few seasons left in him. He might end up catching up with the assists title leaders as he heads towards the dusk of his NBA career. Chris Paul is third on the most assists list with 10,977. Only John Stocks(15,806) and Jason Kid(12,901) are ahead of Paul. CP3 won back-to-back assists titles with the New Orleans Hornets between 2007 & 2009. He won his third and fourth assists titles for the Los Angeles Clippers between 2013 and 2015. He won his fifth title this season with the Suns.