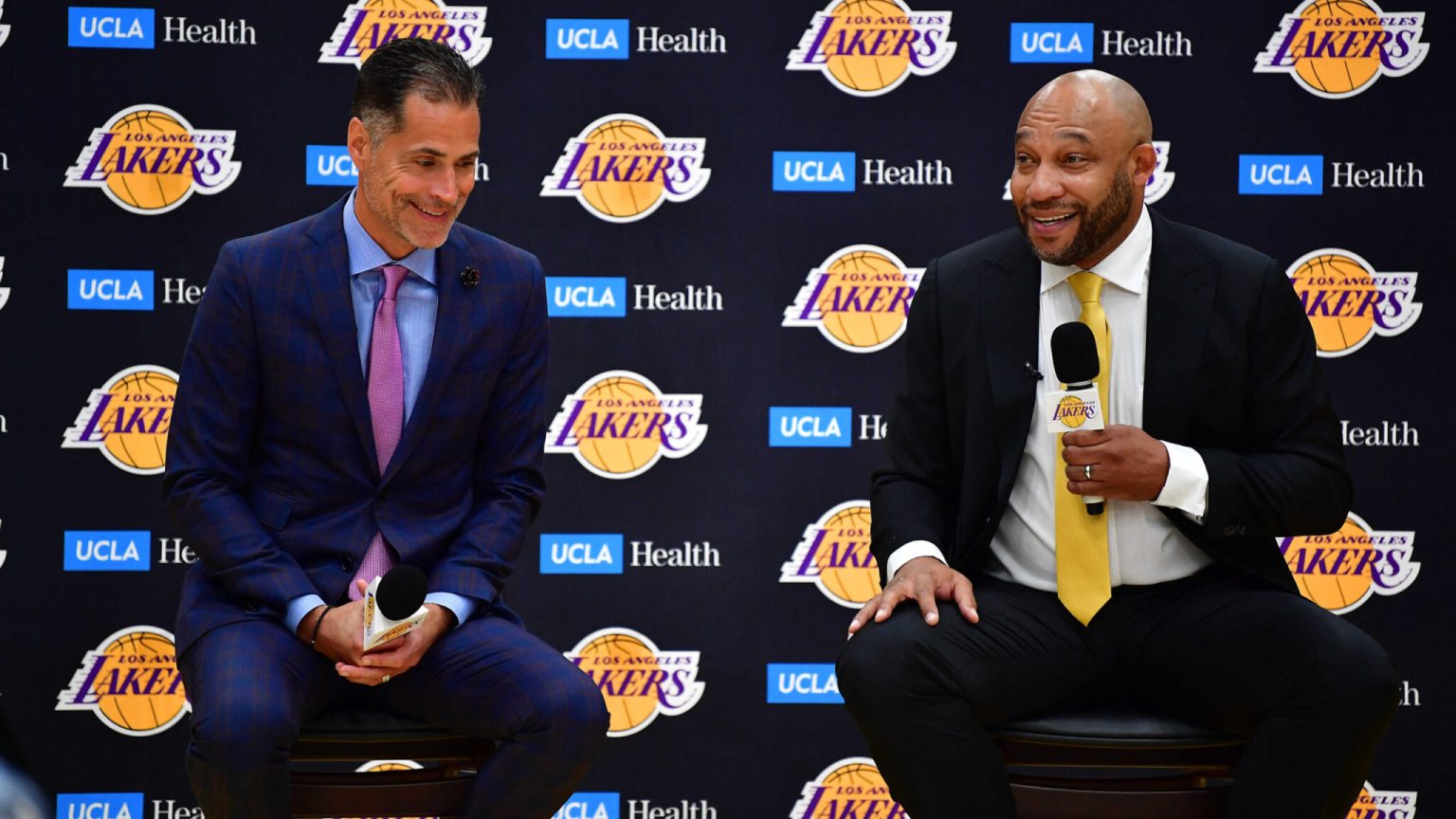 Recently, the new head coach Darvin Ham took the reigns of the Los Angeles Lakers as the offseason is closing in. The Lakers had a terrible last season due to the presence of players on their roster who failed to develop game-winning chemistry on the court. While Ham is the unanimous candidate to lead the Lakers next season, he, along with the front office and Rob Pelinka, have a challenge coming their way this season. They are looking to rebuild their roster in hopes of winning the championship.

Pelinka and Ham need to team up and make sure that they bid on the right players. The Lakers GM recently revealed that their prime focus this season would be to bring crucial players who could change things at the Lakers after a terrible season. Talking to Spectrum SportsNet, Pelinka explained that everything starts with the collaboration of the general manager and the head coach as they aim to align their visions. Moreover, Rob shared that it was Ham’s first day on the job, and wants to play in a certain way.

The Lakers vice president was excited about Ham leading the team. Pelinka said that he could not wait to roll up his sleeves with Darvin and be a part of war room meetings & debates about the skills and players the Lakers want to bring to their roster. In addition, Rob mentioned, “But rest assured, there will be changes into our roster. We have to be a better team than we were last year.”

Two things that the Lakers missed most the last season were defensive skills and scoring from the outside. Ham is a strong personality who can control the court with his tactics. The 48-year-old has already made it clear that the emphasis next season would be on the defense. And Russell Westbrook could end up playing a crucial role.

Moreover, the roster would be built around LeBron James and Anthony Davis. Thus, the Lakers would have to find players who could empower and support the two LA superstars on the court. Rob Pelinka said that the Lakers fans deserve a change and hoped to find the right players to align with the system and their vision on how the team should play next season. However, LA has limited resources to acquire impactful players. So, they will have to be really smart with their choices this offseason.

Meanwhile, Ham served as an assistant to one of the most reputed coaches in the NBA, Mike Budenholzer. Therefore, it is believed that Ham will bring some strategic principles to both sides of the floor. Darvin also shared he plans on implementing a “four-out, one-in” offense, leaving Pelinka to search for high-end shooters.