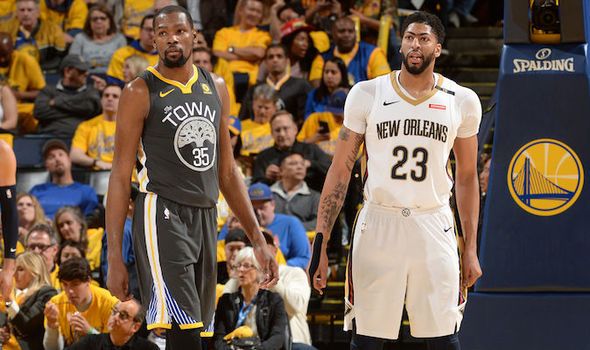 The Los Angeles Lakers and the Brooklyn Nets have found themselves in a similar situation during the 2022 NBA offseason. Both the teams are struggling to make some big changes in their roster due to the salary cap. The roster did not work out, and the offseason has been fairly difficult, coming off a terrible last season. The Lakers did not make it to the playins and finished 11th seed in the Western Conference with an embarrassing 33-49 record. Meanwhile, Brooklyn finished seventh and lost 4-0 to Boston in the playins.

And now, Durant has pulled out from his trade request and decided to stay with the Nets. This move has possibly cut off the trade for Kyrie Irving to the Lakers. However, a suspicious public appearance from Anthony Davis, Kevin Durant, and Bill Simmons had given way to several trade speculations amongst the Lakers and Nets fans.

Did Davis, Durant & Simmons Have A Possible Trade Discussion?

A recent footage of Davis, Durant, and Simmons hanging out together in LA surfaced on social media platforms. Anthony and Kevin have been involved in some trade speculations among NBA experts this offseason. There were also discussions about the Lakers offering Westbrook and Davis for Durant and Irving.

However, the move is most likely to happen. Anthony Davis was injured last season and played just 40 games. The 8-time All-Star averaged 23.2 points, 9.9 rebounds, and 3.1 assists per game. Meanwhile, Durant played 55 games with an average of 29.9 points, 6.4 assists, and 7.4 rebounds per game. Moreover, the Nets did not want Westbrook and wanted an involvement of a third team in the Irving Westbrook trade.

Apparently, the surprising thing about the recent appearance of the three players is that Kevin and Anthony have never played together. They have faced each other in 18 NBA games, with Davis finishing on the winning side 13 times. The video was soon noticed by the fans on Twitter, who tried to find the meaning of the suspicious meeting. Several fans speculated that Simmons and Durant might have been trying to recruit Anthony Davis to the Nets. Meanwhile, others countered that Durant and Simmons might be moving to the Lakers. But only time will tell what will happen between the two teams.