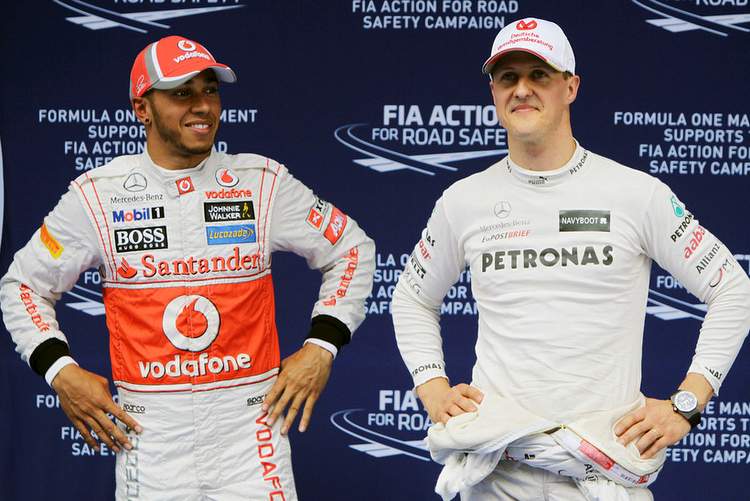 Sir Lewis Hamilton has been an active part of Formula 1 for more than 15 years. The Briton has won seven F1 world championships and holds the record for the highest (103) Grand Prix Victories. However, the last few months have been tough for the veteran F1 driver since he lost a chance of winning his deserving eighth championship title to Red Bull’s Max Verstappen. Since then, it has been tough going for Lewis as he has not won a single race this year. The most crucial reason behind his lack of victories is due to the troubles faced by Mercedes with this year’s car. However, the Silver Arrows and Lewis have got better over the season as they recorded double podiums in the last two races.

The 37-year-old finished P2 in the last two races and a win looks more likely than ever with nine races left in the season. Hamilton has won at least one race in every year he has driven in F1. Thus, the Briton would like to continue the long streak of winning this year too. There have been no doubts about his driving skills, and he is most likely to continue driving beyond his contract with Mercedes, which ends at the end of next season.

Thus, with the unknown future ahead, Mercedes’ team principal Toto Wolff might be looking for some potential drivers who could replace Lewis Hamilton and continue winning for the German outfit. It is believed that Wolff might want a proven world champion to replace Hamilton if and when he retires from Formula 1. So, let us take a look at all the possible prospects who could take over from Lewis Hamilton at Mercedes in the future.

The two-time F1 world champion is the most experienced driver in Formula 1 currently. Fernando Alonso signed a multi-year deal with Aston Martin earlier this week. He made his F1 return in 2021 for Alpine and will drive for them at the end of the season. The Spanish driver has been a part of F1 since 2001 and will continue to drive for years to come. Thus, Alonso would undoubtedly consider switching to the German outfit if a seat gets free at Mercedes and an offer comes his way. The 41-year-old will surpass Kimi Raikkonen for the most Grand Prix starts this season. Hence, Toto could rely on Fernando’s experience and his renewed will to fight harder than ever, which the Spaniard has shown in recent times.

The Dutchman ferociously beat one of the best drivers in the world at his peak to win his first f1 title. Max beat Lewis Hamilton last year during the final race in Abu Dhabi on the last lap to win his first championship. The commitment and bravery that Verstappen showed last season would not have gone unnoticed by Toto Wolff. However, Red Bull has already signed the 24-year-old until the 2028 season. So, it would be tough for Mercedes to poach a world champ from their rivals. But, if Mercedes get over their struggles this year and come back stronger next season, Max might be lured to be a Mercedes man in the future.

The Finnish driver started his F1 career with Williams and moved to Mercedes in 2017 to become Lewis Hamilton’s teammate. He stayed with the Silver Arrows for five years until the end of the last season. He was replaced by George Russell this year. However, the 32-year-old did a great job for Mercedes, winning ten GPs. However, Valtteri never had a chance of winning the championship in Lewis’ presence. Thus, if Hamilton retires, Bottas might return to make his world championship dreams come true.

The German driver’s first victory also came with Mercedes in 2012 after moving from Williams. The 37-year-old won 23 races for Mercedes and retired after winning his one and only championship. Rosberg and Hamilton were involved in a fierce rivalry as teammates at Mercedes, which often resulted in problems for the team. However, Nico has hinted at a return to Formula 1 and could return to his former team if an opportunity arises in the future.