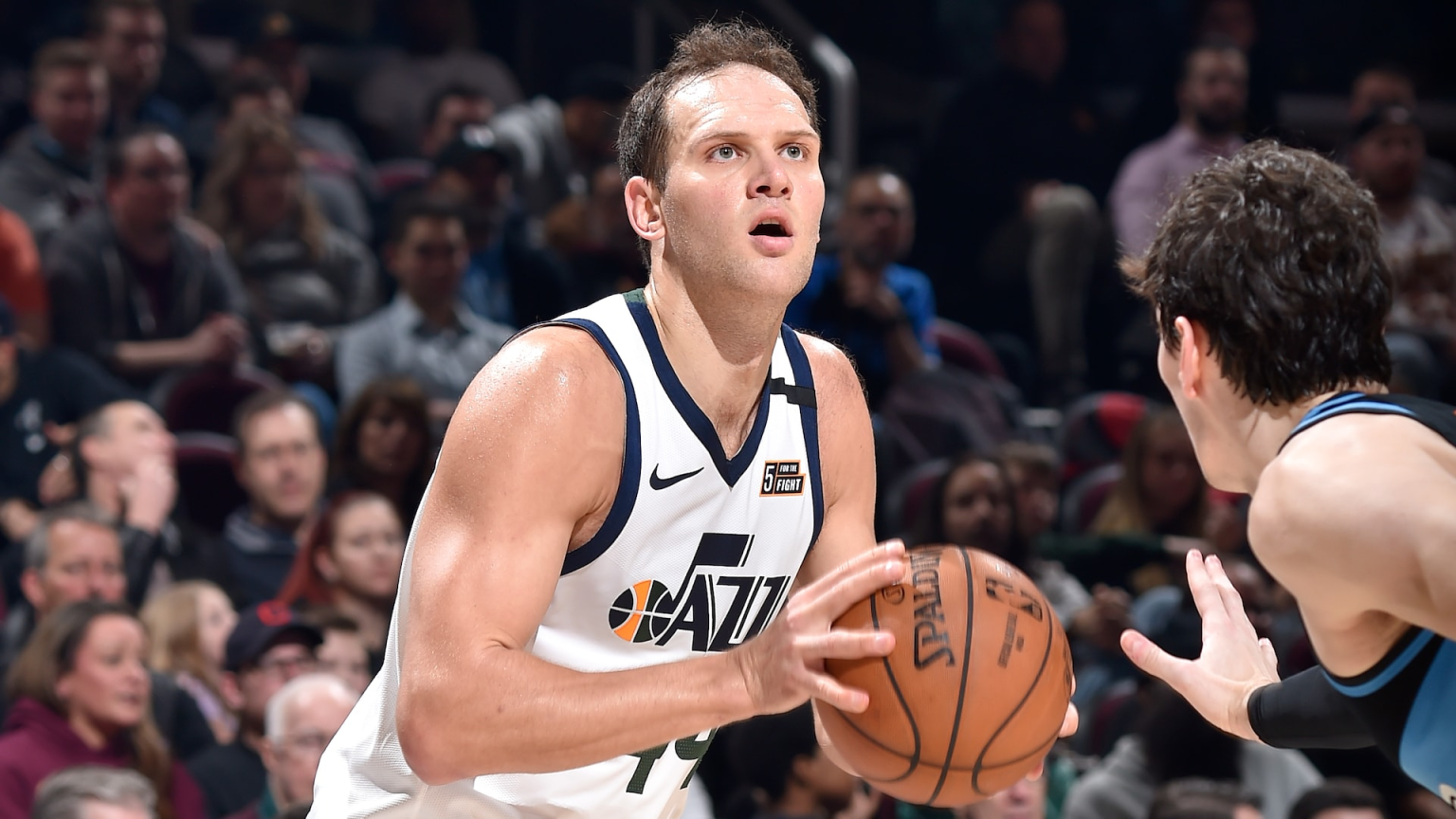 The trade window for the upcoming NBA 2022 season is going on in full swing. Meanwhile, the news of Patrick Beverly going to the Lakers from Utah Jazz dominated the news cycle previously. Meanwhile, it seems like the two clubs are not done trading. Earlier, there were whispers that Russell Westbrook may find his way to the Jazz. And now, the rumors suggest that LA Lakers might be interested in acquiring Bojan Bogdanovic from Jazz.

The Los Angeles Lakers appear to be entering the 2022–23 season with their current roster with less than two weeks until training camp. Throughout the summer, a lot of trade talks centered on Russell Westbrook. But despite the clear shooting and defensive needs, no agreement has yet been reached. Even if the recent activity has subsided, according to Tony Jones of The Athletic, it appears that Los Angeles and Utah are still negotiating a different potential deal involving Bojan Bogdanovic.

What Does Tony Jones’ Report Say?

Jones just updated the situation with Bojan Bogdanovic. He disclosed that the Lakers seem to be in control and that the Jazz are actually seeking to transfer the 33-year-old shooting guard. His report states Since the Jazz presently has 17, the roster will need to be reduced by at least two players before the start of the regular season. Moreover, trade calls are still being received by the front office. According to league insiders, Bogdanovic has a market and substantial interest in the 6-foot-8 shooting forward.

However, it doesn’t seem like the Jazz are especially close to making a deal that would give them access to more assets and help them reorganize their roster at this time. Nevertheless, discussions with the Los Angeles Lakers are still going on. According to the article, an agreement does not seem to be forthcoming at this time. However, it’s also important to note that the Lakers were the only team named.

The Jazz have made it apparent that they want to undergo a rebuild, and they are now over the permitted roster size. They should look at trades involving their veterans in return for draft selections. The Jazz are happy to speak with many teams at once. That was demonstrated by their Mitchell contract with the Cleveland Cavaliers.

The Lakers would undoubtedly use Bogdanovic extensively. But they aren’t the only club interested in a trade for him. The veteran was also mentioned in connection with the Dallas Mavericks, New York Knicks, and Phoenix Suns. It will thus be intriguing to watch who ultimately places the winning offer. The Lakers, meanwhile, are also reportedly keen on Jazz guard Jordan Clarkson in addition to Bogdanovic.

Also, read “Russell Westbrook Has Been Too Humble To The Lakers,” Claims Lakers’ Veteran Shaquille O’Neal