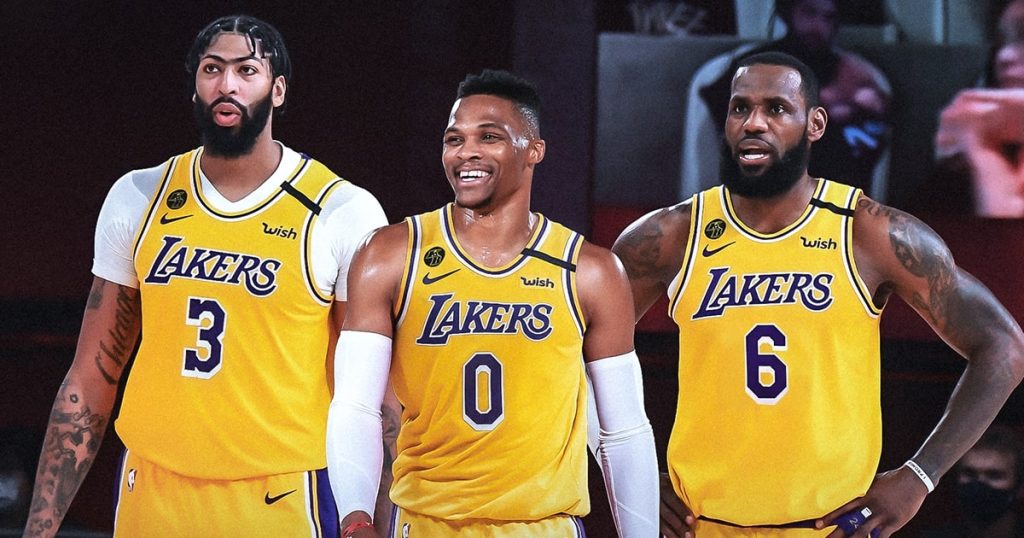 The LA Lakers found themselves in a tricky situation this summer coming off a terrible last season. The Lakers finished 11th in the Western Conference with an embarrassing 33-49 record, despite having reputed All-Stars on the roster. However, the Lakers sadly lack the resources to make any crucial changes in their lineup due to lack of resources.

In recent times, the Lakers have been associated with a potential Irving-Westbrook deal. Kyrie Irving is a part of a potential trade deal with the Lakers. He opted for a player option and chose to stay with the Nets before Kevin Durant calls it quits. As a result, the rade discussions started again between the Lakers and the Brooklyn Nets. However, the discussions seemed to have slowed down a little bit, with the nets focusing on finding a new home for Durant. Thus, the Lakers are currently unsure if they would be able to get Irving in exchange for Russell Westbrook.

Recently, NBA Insider Adrian Wojnarowski reported that the Lakers could explore a couple of other trade options this offseason other than Irving. Woj revealed on ESPN’s Get Up that LA Lakers might not look for an All-NBA player or an All-Star. Instead, they could focus on Houston’s Eric Gordon, Indiana’s Buddy Hield, and Utah Jazz’s Patrick Beverly.

All three stars have been role players for their respective winning teams. So, the Lakers would have to keep a close eye on how much it would cost them to get these players. Woj reckoned that the Lakers would make a deal or maybe more than once this summer. However, the Lakers are in a trickly financial situation due to the salary cap.

Meanwhile, LA Lakers is not willing to give up their 2027 and 2029 first-round picks. Also, the available assets for the Lakers do not provide them much value. Kendrick Nun ($5.25m) missed out on the last season due to a knee injury, while Talen Horton-Tucker($10.26M) turned out to be overpaid. At the same time, Westbrook has been the biggest problem for the Lakers as the eight-time All-Star opts for his $47.1M player option next season.

The communication between LA Lakers and the Nets has come to a standstill in recent times. The two teams have failed to come to an agreement due to an $11 million salary gap between the two stars. Thus, Westbrook’s addition to the team would cost the Nets over $50m in luxury taxes. Moreover, the Nets are more focused on finding a new home for Kevin Durant currently, keeping the Irving trade aside.

Thus, the Nets have shown no real interest in taking Westbrook on and want a third team to step in. The San Antonio Spurs have $30 million left in their cal space, giving them a chance to bid for Westbrook. However, the Nets have no plan of rushing before the Kevin Durant trade is through. Thus, with Durant finding a new franchise, the Lakers could finally talk about the Irving trade because the nets would have no interest in keeping him.

Share. Facebook Twitter Pinterest LinkedIn Tumblr Email
Previous ArticleAaron Judge Pressed About His Yankees Future After A Young Fan’s Concerns About Staying With The Bombers! The Outfielder Pays Tribute To Kobe Bryant
Next Article Djokovic Fans Raise A Petition To Remove The Serb’s US Open Ban! His Coach Thinks Otherwise