Kyle Larson Aims To Get Back On Top Of Cup Series Standing After A Close Finish In The GEICO 500! 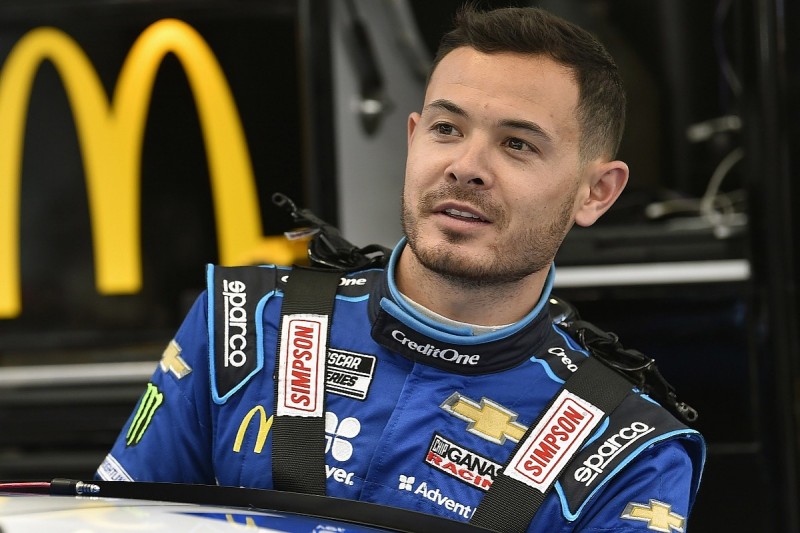 It looks like Kyle Larson will have to wait longer to secure his first GEICO 500 win since his debut in the Cup Series. The 2021 Cup series champ participated in his tenth race of the season at Talladega Superspeedway. Larson had a tough start where he was desperate to win the 188 lap race and led several of them. However, he failed to secure a victory under his belt. Fortunately, Larson managed to finish fourth in the race, getting another clean top finish.

Moreover, Kyle has finished five top-five finishes in his ten races so far. Larson collected 50 points from the event, following a fourth spot finish at Talladega Superspeedway, along with a 17 points bonus. The American racer is currently positioned at the seventh position in the NASCAR Cup Series standings for Chevrolet with 299 points, a win, and five Top5 finishes. Further, Kyle has the second-most top 5 finishes this season after his Chevrolet teammate, Ross Chastain, who won his second race of the season at the GEICO 500. Chastain is ninth on the cup series rankings with 292 points, two wins, and six top5 finishes.

Kyle Larson’s Chevrolet teammate Chase Elliot currently stands on top of the cup series standings with 368 points. Unfortunately, Larson lost the top position after three consecutive poor finishes, resulting in him slipping into the top 15. However, Larson has worked really hard to turn things around. The 29-year-old stayed in line and took all the precautions to avoid getting wrecked on the track and hindering his championship run any further.

Meanwhile, Larson displayed his dominance on the racing circuit on Sunday. He had a high probability of winning his first GEICO 500. Kyle managed to lead 32 laps and stayed in the top five for the most part of the race. Moreover, the reigning cup series champ appeared to be in control during the final lap as he raced wheel to wheel with the leader Erik Jones.

Eventually, Larson switched to the outer line to edge Jones as the checkered flag came close. But, his move gave his teammate Ross Chatain an opening to get ahead of Kyle and Jones, finishing on top. Larson had to stay happy with a fourth-place second time in a row after the Bristol Dirt Race on April 18. Kyle Larson will look to pose another strong performance at the NASCAR Cup Series Race At Denver on May 2. He will hope to secure his second win of the season and move towards the top of drivers’ rankings.