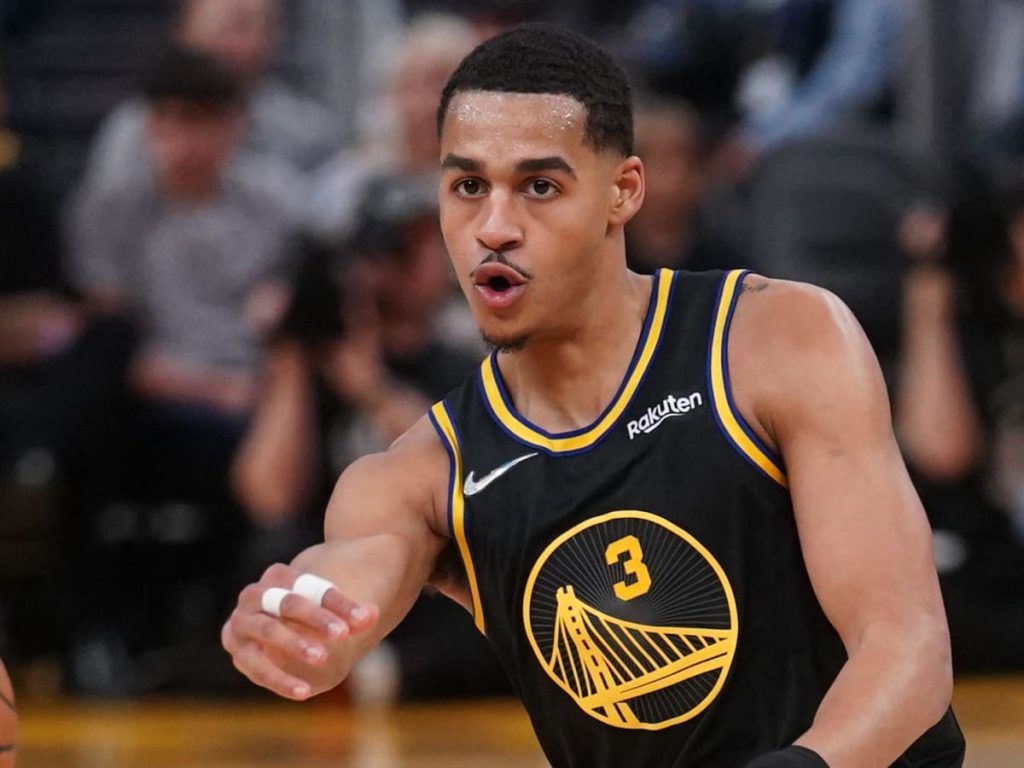 The Golden State Warriors are in a commanding position in the playoffs, leading the series against Denver Nuggets by 3-0. Jordan Poole continued his impressive form, scoring 27 points in a 118-113 win for the Warriors. The 22-years old Jordan teamed up with the Splash Brothers, Stephen Curry, and Klay Thomson, to put up 80 points together. This made it impossible for Nikola Jokic to get a win for his side. Jokic scored 37 points with 18-rebounds. But Denver still fell short of their first win against the Warriors.

Jordan Poole has had a sensational record after playing his first two NBA playoffs. He has an average of 28.7 PPG with 4.7 assists and three rebounds. The impressive performance against the Nuggets gave Jordan Poole an opportunity to equalize LeBron James’ record average of 28.7 in career playoff matches. However, it is still early days to make a comparison between the King and the young blood. The young player is still making his name in the league.

While LeBron James has played 266 playoff games in his career, Jordan has played only two of them. But, young Jordan Poole has shown with his performances that he has a long and successful career ahead of him. Jordan has also received praise from the likes of Draymond Green and Steph Curry for his impressive efforts on the court. It looks like Poole had a great start to his playoff record with better stats than James after his first two games.

Is LeBron Chasing The Wrong Jordan?

It is still early days for Jordan Poole in the world of NBA basketball. The GOAT of the game has played 196 playoff games with a whopping average of 33.4 points per game with 6.4 rebounds and 5.7 assists. But Jordan Poole has a slightly better record than LeBron James after the first two playoff matches. James scored 58 points with 13 assists and 2 steals after his first two NBA games.

Meanwhile, Jordan Poole has scored 59 points with eleven assists and two steals. Poole has scored one more point than the King. However, LeBron James has an overall record of 29.7 points per game with nine rebounds and 7.2 assists in 266 games. He has made more playoff appearances than Micheal Jordan himself. Thus, there is a long way to go for Jordan Poole to be compared with the likes of King James and MJ.