Jordan Clarkson Opens Up About Moving To The Lakers! Don’t Think ‘Baby Lakers’ Could Have Won The Title 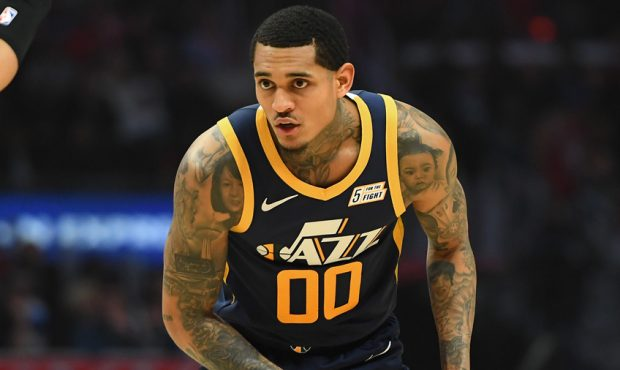 It has been like this for weeks. All of the recent news brings some predictions about players moving to the LA Lakers ahead of the 2022 NBA season. Whether it be the reports of Lakers signing new players or the rumors of their existing members moving to another team. The most recent addition to the list is the shooting guard Jordan Clarkson. Previously, the Lakers acquired Patrick Beverly from Utah Jazz. And now, there are rumors about Jordan Clarkson heading to the Lakers.

Is Jordan Clarkson Moving To LA From Utah Jazz?

Prior to the start of the regular season, the Utah Jazz have begun a team reconstruction. And Jordan Clarkson, another of their finest players, is the likely next trade target after Gobert and Mitchell. Prior to the season, several organizations are monitoring Jordan Clarkson. In an interview with Complex.com’s Mike DeStefano, the 30-year-old point guard discussed his potential trade to another team. Especially one to the Los Angeles Lakers, another team in need of fresh talent following a catastrophic season.

During to conversation, Jordan stated, “Honestly, we’ll see. I’m ready for whatever happens. I’ve been in the league for nine years now. I’m kind of a young vet in this.” According to him, whatever direction management, owners, and the team are trying to go, he is ready for it. He added that it doesn’t matter whether Clarkson is wearing a different jersey. Jordan is only trying to win and elevate whatsoever club it is so that one day he may win a championship. He attempts to assemble a club that could succeed in the playoffs, like Lakers.

NBA player is aware that this is a business over which he occasionally has no control. The Jazz will trade him to whatever club offers them the most return in draft selections, which could be any team. Clarkson has an extremely marketable contract with a player option for $14.3 million next season and a projected salary of $13.3 million this year. As one of the team’s finest players during those dreadful seasons, when the Lakers were among the poorest teams in the league, Jordan Clarkson played three seasons in Los Angeles.

Clarkson Don’t Think ‘Baby Lakers’ Could Have Won The Title!

The “Baby Lakers” are a group of players that the Los Angeles Lakers selected in the 2014 NBA Draft. L.A. began acquiring these players in 2014. Before LeBron James’ arrival, the Los Angeles Lakers had a promising young core that included several future All-Stars like Brandon Ingram and Julius Randle. It wouldn’t have been very successful, Jordan Clarkson, who is currently with the Utah Jazz, recently acknowledged. Clarkson believes that despite the youthful core’s plenty of quality players, the team’s prospects of winning the NBA championship were not great.

Also Read LA Lakers Planning To Acquire Myles Turner And Buddy Hield From Indiana Pacers! Not Looking To Sign Beyond 2023