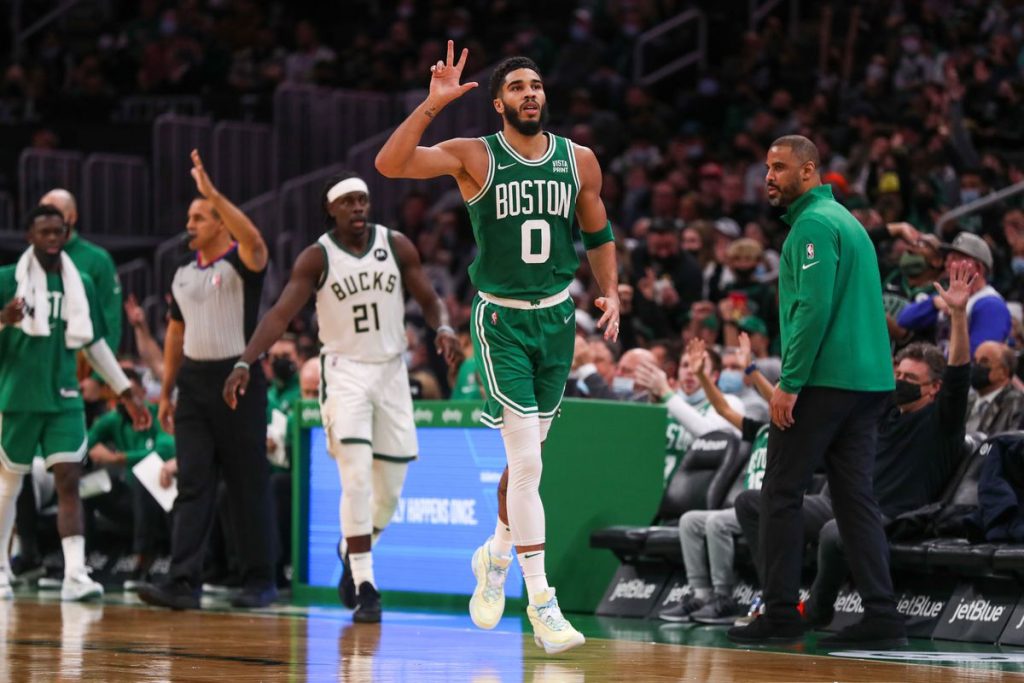 On Friday, the Boston Celtics won Game 6 against the Milwaukee Bucks to keep their final hopes alive. The Cs were down 3-2 in the conference semifinals as they traveled to Milwaukee with the pressure of elimination. It was a do-or-die game, and surprisingly, against all odds, Jayson Tatum pulled off by far the best performance in the playoffs. The three-time NBA All-Star scored 46 points with nine rebounds and four assists.

Tatum received ample support from his teammates in Game 7. His scoring partner Jaylen Brown put up 22 points with five rebounds and four assists. Moreover, Marcus Smart was excellent on both sides of the court, scoring 21 points with five rebounds and seven assists. A team effort helped the Celtics defeat the Bucks by 108-95. Meanwhile, Giannis Antetokounmpo’s 44 points with 20 rebounds and six assists were not enough to avoid a loss for the Milwaukee Bucks. The series tied at 3-3, with Game 7 scheduled for Monday. Both the star-studded teams are very dedicated to getting through to the NBA finals.

Both Giannis and Jayson put up an epic battle, and they both went against each other hard. However, Tatum and the Celtics emerged as victors after the epic battle while moving to the decider on May 16. Fans went crazy after the incredible performance from Jayson Tatum and compared his effort to LeBron James’ 2012 feat against the Celtics during the conference semis.

Tatum’s valiant efforts of 46 points were the only thing that came in the way to Giannis and the Bucks, who were going for the kill during their home game. However, Jayson and his team denied Milwaukee an easy way out, stretching the competition to Game 7. The Celtics had no one rooting for them in the arena packed with the Bucks fans. But, Tatum had some other plans in his mind as he denied the Bucks a ticket to the finals.

Fans compared his astonishing performance to what LeBron James pulled off for the Miami Heat against the Boston Celtics in a similar situation in 2012. Miami was on the brink of elimination in the conference games as they went to Game 6 down by 3-2. However, James was on fire that night as he clinched 45 points with 19 rebounds and five assists. The Miami Heat beat The Cs by 98-79. Moreover, James led Miami to beat the Celtics in Game 7 and eventually won the NBA championship in 2012.

Jason Tatum pulled off a similar performance on Friday under the same circumstances. The 24-year-old has shown that he is here to become a basketball legend like LeBron James in the future.