Isiah Thomas Claims LeBron James & Kevin Durant Are Not Top NBA Players Anymore After The Nets Are Getting Swept & Lakers Failing To Qualify For Playoffs! 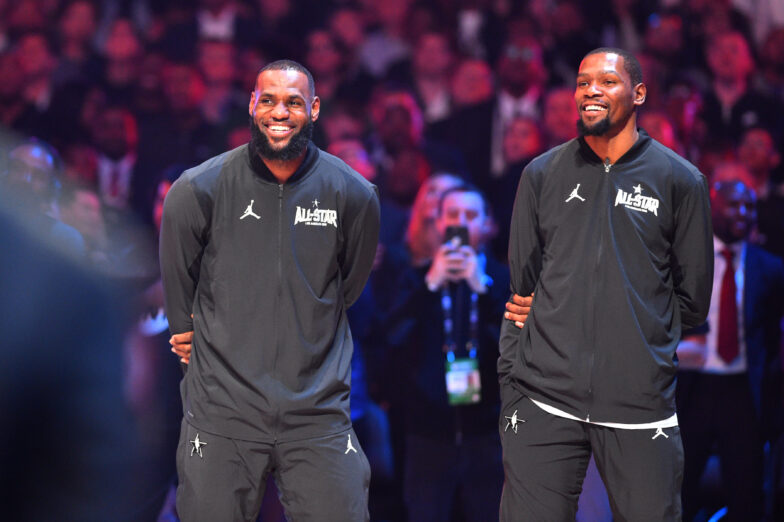 NBA analyst Isiah Thomas feels that the 2022 playoffs could be the signs of change. This will force the NBA community to have a serious conversation about who could be considered the top players in the league in the coming future. Thomas acknowledged that James and Durant had been influential forces throughout their career. But unfortunately, one could not make it to the playoffs while the other was swept in the first round of playoffs.

Moreover, the two-time NBA champ stated that the NBA fraternity would have to rethink who are the top players in the league after the current playoffs. Thomas said that the league had Kevin Durant and LeBron James on top. But “one got swept while the other failed to make it to the playoffs.”

Isiah spoke in reference to players like Luka Doncic, Jayson Tattum, Joel Embiid, and Ja Morant. These young guns have impressed a lot during the playoffs with their skills and temperament. Many experts have claimed that Durant and James’ time as the greatest players in the league are over. They feel that it is time for the youngsters to take over and become the stars that they are supposed to be.

However, superstars like LeBron James and Kevin Durant are the kind of competitors that never back down. They cannot be ignored for a long time. Therefore, Durant and LeBron will take this season’s disappointment and use it as a boost to make a stronger comeback. The duo would be inching to prove their worth once again, and James has done it this season already. He came very close to the scoring title at the age of 37, which is an amazing feat in itself.