Is Novak Djokovic Boycotting Wimbledon After Their Decision To Ban Russian & Belarusian Players? 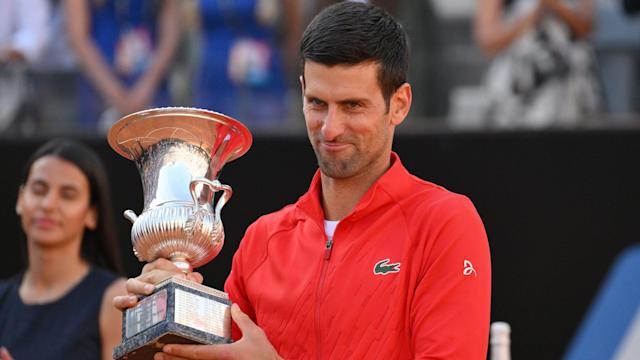 Last month, Wimbledon announced a ban on Russian and Belarusian tennis players from participating in this year’s tournament at the All England Tennis Club. The ATP and WTA criticized the decision and stated that the ban could lead to legal actions against Wimbledon. There has also been an active discussion about dropping the tournament of the ranking points. Moreover, tennis stars like Novak Djokovic and Rafael Nadal have taken active stands against Wimbledon’s decision. The world no. 1 player thinks that Wimbledon has made a wrong decision and advocated that politics should not be involved in sports.

Recently, Djokovic revealed that Wimbledon bosses have been very strict since the England club took a decision to ban players on the basis of their nationality due to Russia’s war on Ukraine. However, the Serbian tennis giant feels that boycotting the tournament may not be a great idea. And there could be another way to solve the whole issue without any rash decisions. The defending Wimbledon champ said that Athletes are here to play sports, and expelling them on the basis of their nationality is a bad decision. The Serb feels that the tennis fraternity needs to communicate with Wimbledon and urge the bosses to consider their decision.

Is Djokovic Thinking Of Boycotting Wimbledon?

Djokovic has been the center of controversies since the start of 2022. The 34-year-old was not allowed to participate in the Australian Open in January due to his vaccination status. Djokovic was also deported from the country and missed out on several other tournaments in the US because of the vaccine mandate. While Djokovic will feature at the French open, it may not be a great idea for him to boycott another major tournament with Rafael Nadal ahead of him with 21 Grand Slams.

Talking about the boycott, Nole revealed that he was not involved in the negotiations like ten years ago, and he does not talk to Wimbledon’s representatives. However, the representatives told him they are very strict about the ban this year. The bosses will not tolerate any player against the decision. The Serb added, “A boycott is a very aggressive thing and that there are much better solutions.”

Djokovic has won six times at Wimbledon in his career. He would be ready to defend his title this summer after facing some difficulties. Earlier this month, Djokovic mentioned that ordinary people always suffer, referring to the Balkan wars over the years. He criticized Wimbledon’s decision and stated that the athletes were not at fault. Moreover, Nole said, “When politics interfere with sport, it usually dosen’t turn out well.”

The players who will miss this year’s tournament are US Open champ Daniil Medvedev, world no. 7 Andrey Rublev, and women’s world no. 7 Aryna Sabalenka.