Is Daniel Ricciardo Returning To Red Bull? What Did Christian Horner Say? 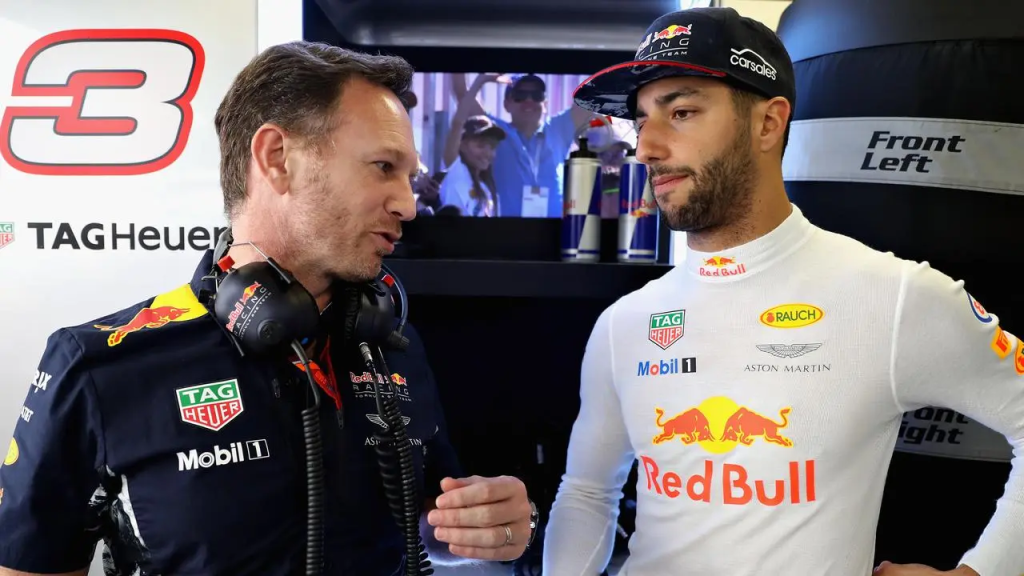 In one of the most high-profile signings of the 2021 season, Daniel Ricciardo joined McLaren’s setup in Formula One. However, recently Daniel announced that the driver would be making his exit from the team after the 2022 season. Daniel has already made clear that he is not retiring anytime soon, and fans have been curious as to which team Daniel Ricciardo is headed next. But will he turn back to Red Bull once again? Let us take a look.

Daniel Ricciardo’s time with the Red Bull team was one of the high points in his career. However, the driver left the team in the year 2018. But now, Ricciardo’s time at McLaren is coming to an end. Thus, many of his fans were hoping for his Red Bull return. However, it does not seem very likely based on what we know.

In 2023, Ricciardo won’t be racing for Red Bull again, according to the advisor for the Austrian team. This year only, Sergio Perez has extended his contract till 2024. Yuki Tsundoa’s contract hasn’t been extended yet, even though there is still a spot left at AlphaTauri. However, Daniel Ricciardo’s chances of coming back are nonexistent. During a press conversation, Red Bull head Helmut Marko stated, “Our contracts run until 2024, and nothing changes. Daniel certainly doesn’t want to go to a team like AlphaTauri. Besides, he’s not a junior anymore.”

Throughout 2018, Ricciardo competed for Red Bull and had his best seasons in Formula 1. Seven times, he was the Austrian racing team’s representative on the podium’s top step. However, he changed teams in 2019 and joined Renault, where he competed for two years while wearing the yellow jersey. In 2021, he joined McLaren. However, in the end, it turned out that the union was in trouble.

What Did Christian Horner Say About Ricciardo’s Return?

Daniel Ricciardo is clearly having trouble. He, anyway, has to find and join a team if he wants to compete in 2023. However, Christian Horner has commented on the Australian’s situation. The Red Bull boss stated that he doesn’t appear to be the same driver he was while competing for Red Bull. This Monday, McLaren made it official that Ricciardo, who joined the team in 2021, would depart after the current campaign. The Australian star has had trouble finding his form since joining the Woking-based team last season, managing just one podium result after winning at Monza in 2021. Even though Ricciardo signed a three-year contract, things did not get any better for him in 2022, ultimately leading to his departure.

The 33-year-old, one of the most gifted drivers in the world at the height of his Formula 1 career, has experienced quite the fall from grace. His tenure with Red Bull is when he had the most success in the driving world. Currently, Daniel Ricciardo’s old boss Horner believes that he is a shell of the man he once was. Horner mentioned, “I am not close to it. I have spoken to Daniel a little bit. But I don’t recognize him as the same driver as he was when he was with us. He’s one of the best guys out there.”