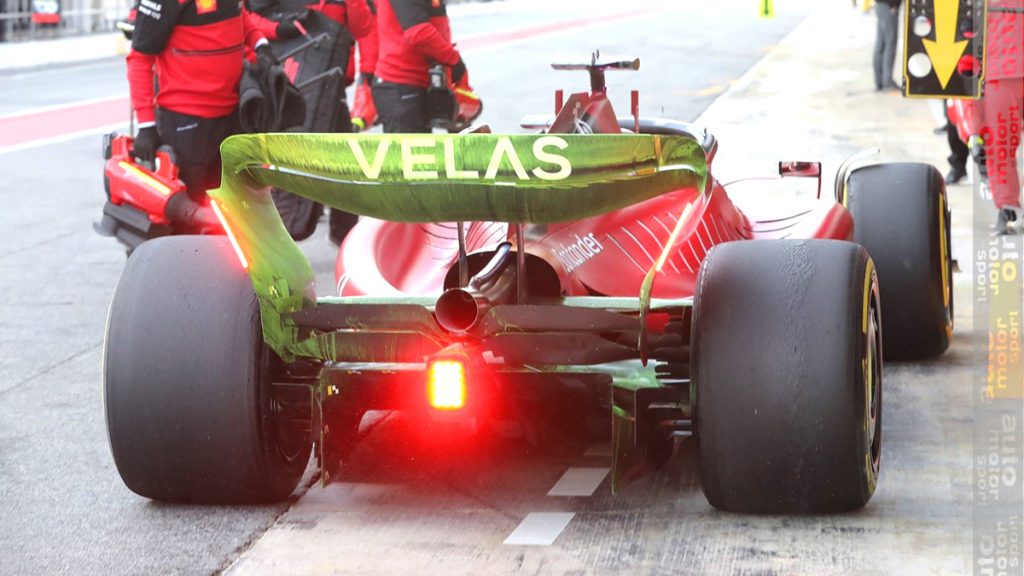 Red Bull and Ferrari are clearly the front-running outfits in the 2022 championship. The two outfits have been the only teams to have won races this season. Meanwhile, Mercedes has taken a backseat due to their porpoising troubles. While Ferrari may not have followed Red Bull’s tactic of bringing updates to their F1 cars, Ferrari has made some crucial progress to match Red bull’s superior straight-line pace.

The tactics change seemed to work for the Scuderia, with Carlos Sainz and Charles Leclerc winning the last two races in Silverstone and Austria. Thus, Ferrari is back with a bang in the championship battle. They are hoping to get more wins and reduce the deficit to Red Bull and Max Verstappen in the two championships.

The GPS data from the RB18 and F1-75 suggests that Red Bull and Ferrari have achieved their top lap times using different tactics. While Ferrari is better in the slower and medium corners, Red Bull has been significantly faster on the straights. The Ferrari boss Mattia Binotto admitted that Ferrari lacked in terms of top speed when the DRS was open.

He reckoned that the team could not ignore the issue if they wanted to get ahead of Red Bull. Ferrari was at a disadvantage in comparison with Red Bull in terms of straight-line speed, specifically in the DRS zone. Hence, the Italian outfit worked hard on the power of their F1-75’s DRS to make up for Red Bull’s advantage.

As a result, the Scuderia introduced a new rear wing at the Canadian GP. However, only Charles Leclerc raced with the new part, while Carlos Sainz remained on the older wing. The Monegasque was supposed to start at the back of the grid due to a power-unit penalty. Thus, if he destroyed the wing during the qualifying, it would not have been a total disaster for Leclerc.

The race in Monaco showcased how different the two wings were from each other. Charles recorded a top speed of 342.7km/h with the new wing. On the other hand, Sainz could achieve only 331km/h. Then, Leclerc recorded a total speed of 300.6 km/h while the Spaniard went over the finish line at 294km/h.

What Changes Did Ferrari Make In The F1-75’s Rear Wing?

Ferrari made several changes in their rear wing, resulting in a significant pace increase on the straights. The Scuderia reduced the chord length of the central section’s main plate with a much gentler transition at the rolled endplates. The changes were aimed to boost the downforce and reduce drag. Moreover, the Italian team revised the beam wing, trimming both elements towards the back. Ferrari also made changes in the transition section in the wing’s outer portion, resulting in a significant pain gain under DRS.

Formula 1 cars are designed to maximize the size of the DRS opening. An 85mm aperture is fitted between the mainplane and the top flap. However, Ferrari’s new design has increased the opening near the tip section. Elsewhere, Red Bull is working on improving the different aspects of their RB18. They intend to generate more performance from those areas. They opted to remove the upper part of the two beam wing elements, resulting in drag reduction.

Share. Facebook Twitter Pinterest LinkedIn Tumblr Email
Previous ArticleWhat Is Safety Car In Formula One? Where Is It Used & Benefits Of It
Next Article Aaron Judge Pressed About His Yankees Future After A Young Fan’s Concerns About Staying With The Bombers! The Outfielder Pays Tribute To Kobe Bryant