Hamilton-Alonso Clash: Who Was To Blame For The Crash At Belgian GP? Hamilton Responds To Alonso’s ‘Idiot’ Comments 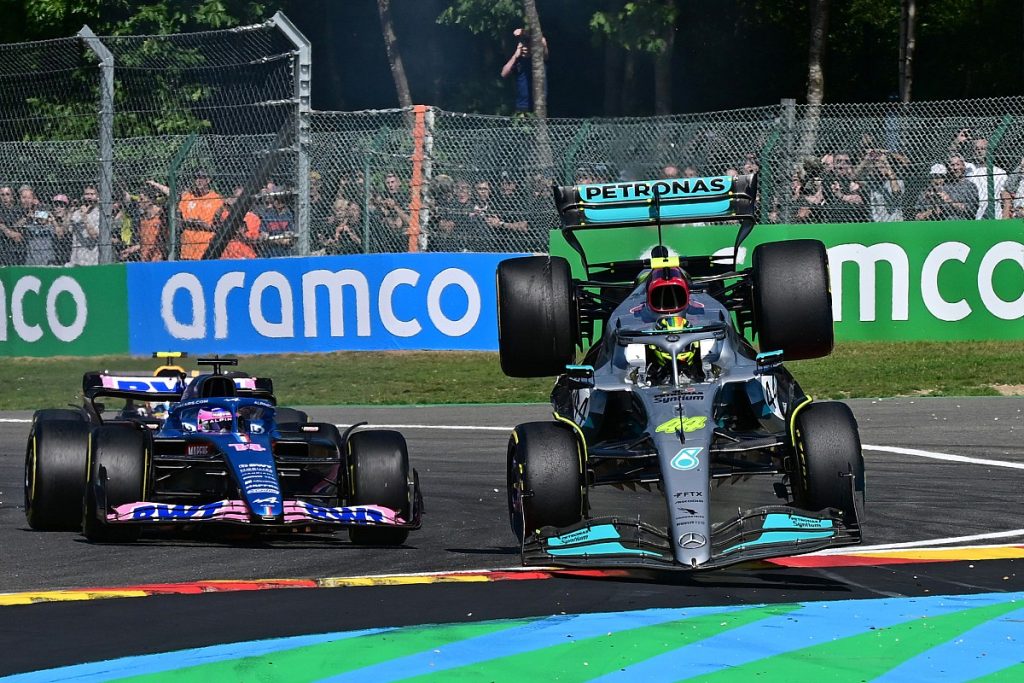 Lewis Hamilton had tough luck at the Belgian GP. The Briton was forced to retire during the opening lap of the race, following a nasty collision with Alpine’s Fernando Alonso. Lewis and Fernando started in the second lane at P4 and P3. Both the drivers managed to get a better start than second-placed Sergio Perez, who found himself behind Hamilton and Alonso quickly.

The two drivers continued to push in an attempt to get ahead into the Les Combes Chicane. However, in an attempt to get past Alonso, Hamilton went on the outside of the right-hander and quickly shut the door on Alonso. The move resulted in an impact that lifted Hamilton’s car high in the air and smashed it back on the tarmac. The Mercedes driver suffered big damage and was forced to stop his car near Blachimont. Meanwhile, Alonso continued on and managed to finish the race ahead of Charles Leclerc in P5.

Further, Lewis Hamilton was disappointed by the incident and as took zero points home from the Belgian GP. The Briton took responsibility for the incident after watching the footage. Lewis reckoned that Alonso was in his blind spot and apologized to his team for not leaving enough space. The Alpine driver was not happy after Hamilton’s mistake and called him an idiot for closing the door on the outside. Fernando also suggested that despite the mega start, Hamilton only knew how to drive and start in the first position.

Meanwhile, Hamilton was asked to respond to his former McLaren teammate Alonso’s comments. The Briton stated that it did not really matter what Alonso said as it was his fault. Lewis understood how Fernando felt in the heat of the moment and did not really have a response to his comments. The 37-year-old added, “It’s nice to know how he feels about me. It’s better it’s out in the open how he feels.” Hamilton claimed that the collision was not intentional and took full responsibility for it. The Briton disclosed that something broke in his gearbox. That affected the car’s back end, leaving him no choice but to stop.

Further, Fernando Alonso also shared his thoughts about the opening lap incident. The two-time world champ pointed out that such incidents had happened on the same corner in the past several times. With a lot of things going on, the drivers tend to cut the corner to turn 6 and rejoin at turn 7. The Spaniard admitted to being frustrated by the incident and said it was nice of Hamilton to accept his mistake. Alonso concluded, “I was frustrated but lucky my car was strong and nothing happened.” However, Lewis did not have the same luck and had to retire early in the race.