Gunther Shares His Opinion About WWE Changing His Stage Name! 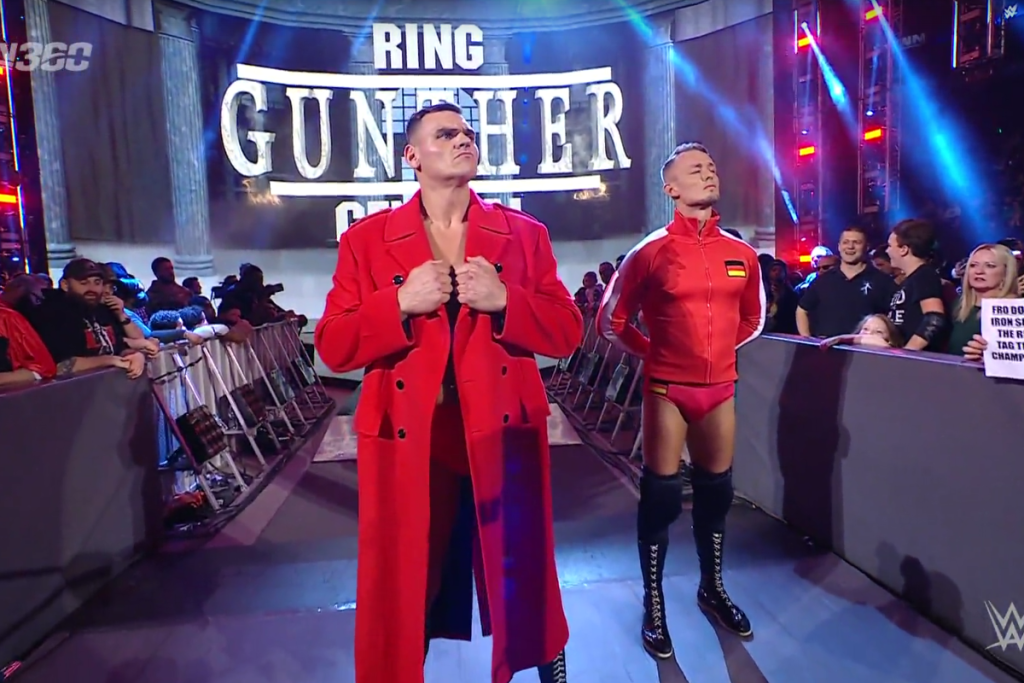 Gunther has made a giant leap in the WWE world in the past six months. The Austrian wrestler jumped from NXT UK to NXT 2.0 a few months ago. With fast-growing popularity, WWE recently promoted Gunther to the SmakDown. Previously known as Walter Hahn, Gunther recently made his SmackDown debut with his partner Ludwig Kaise(Marcel Barthel). However, the third member of their Imperium stable, Fabian Aichner, was left behind in the NXT. While talking to Sport1 in Germany, Gunther opened up about his move from Germany to the US and his new ring name given out by the WWE.

Gunther Gets A New Name

Gunther received a new ring name when he was still in the NXT. Moreover, his partner Marcel Barthel got a new name, Ludwig Kaiser, when he was called up to SmackDown. Gunther was famously known as Walter, and the switch might have annoyed some fans who have been following the giant’s career before he signed up with WWE. Talking about switching his name, Gunther said he was satisfied with his presentation in WWE. The Austrian wrestler added that change is not wrong, and he would have to leave his comfort zone a bit.

Further, Gunther explained that change is often seen negatively in the beginning. However, it is simply a part of life in the end. The wrestling star feels he does not have to change in a way that does not suit him. The SmackDown wrestler added, “Anyone who thinks they’re already something won’t become anything anymore.”

Gunther Open Up About His Move From Germany To The US

Gunther was reluctant about moving to the US at first. However, the wrestler revealed that the thought of moving at some point was in the back of his mind. He really liked living in Germany. But Walter thought it was time to make the leap. The Smackdown wrestler pointed out that you have to be on the road every weekend for WWE, and it was only possible if he was based in the US. Therefore, Walter chose to “stake everything on one card and take the risk.”

Further, talking about his buddy, Fabian Archer, wh got left behind, the wrestler said that Fabian has good qualities as a wrestler and he is a fantastic athlete. The Austrian wrestler revealed that he and Marcel both strongly believe that things can always change. In addition, Gunther said, “Fabian Aichner is there for the time being, and that’s a pity, of course.”