Gabriel Jesus Aims To Win Big With Arsenal, But The Brazilian Does Not Want To Become The New Thierry Henry! 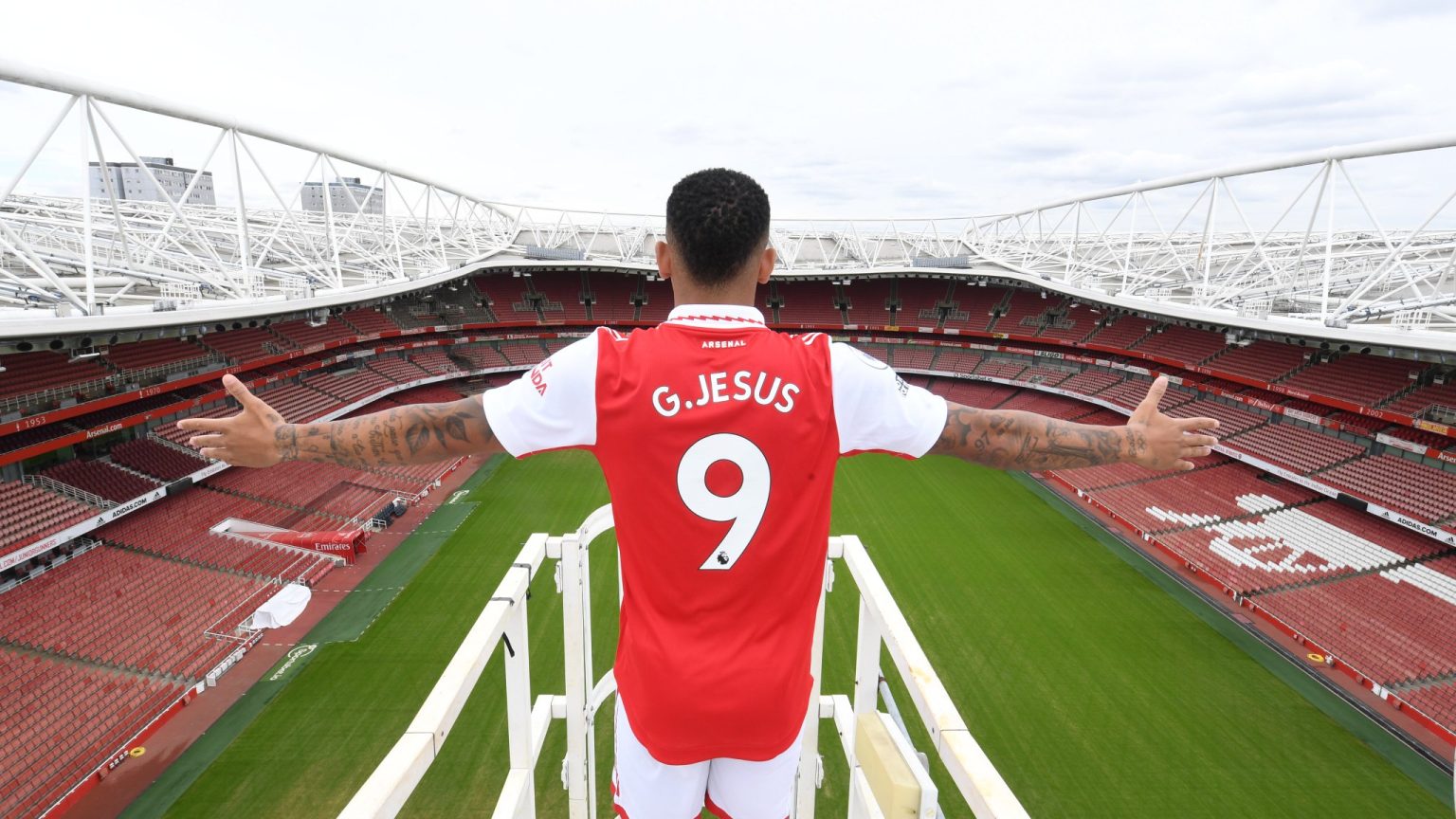 Arsenal recently signed former Manchester City forward Gabriel Jesus for £45 million. The Gunners have found a new no. 9 in Jesus, who is one of the fascinating young footballers in the world. The Brazilian disclosed what led to him moving from a dominating Ethihad club to the Emirates Stadium this summer. Several clubs were in the race for acquiring Gabriel. But it seems like Mikel Arteta’s words and the Gunners’ mindset convinced Jesus to make a move to north London. The Brazilian superstar will make his Arsenal debut during a pre-season game against Nurnberg on Friday evening.

In a recent interview with GOAL, Gabriel discussed what impressed the forward the most about the Gunners. Jesus said that he always liked projects in his life. Therefore, when Edu talked to him, the former City forward was happy with Arsenal’s ideas, approach, and what they wanted to achieve. Moreover, Jesus talked to Mikel Arteta and was a hundred percent sure about the move as the Brazilian trusted the Gunners manager, the big club, its players, and himself. Further, the 25-year-old acknowledged the presence of talented young players like himself. He added, “So everyone is together in this, like a family, That is what I want.”

Meanwhile, Jesus revealed that he had already worked with Arteta and was aware of his strategic mindset. Gabriel felt that Mikel is quite similar to Pep Guardiola, which fits well for the Brazilian. The Arsenal forward has come to the club to help the guys and learn from them as a family. Moreover, Gabriel was happy with the group and thrilled to meet everyone on his first day at the Emirates Stadium. The Gunners hope to win big with Jesus this year, who has four Premier League titles and three League Cup-winning medals with Machester City, and one FA Cup too.

Gabriel Jesus suggested that he would not have moved to Arsenal if he did not believe in the club’s ability to win medals. The Brazilian said that he needed to adapt to the club, the players, the way the Gunners play, and how they are. The 25-year-old feels that everything would come naturally after adapting as football is the same everywhere. Moreover, Jesus insisted that he wanted to win trophies like everyone else in Arsenal at the end of the season. Gabriel revealed that he was quite excited to join the club after Edu explained to him what the club wanted for the future. The Brazilian continued, “I want to win trophies. I want to win everything.”

Jesus did not have access to European football while growing up in Sao Paulo. However, when he did manage to get some action, his favorite football star was Thierry Henry. The Frenchman deeply inspired Gabriel as he aims to create his legacy at the north Lon club, just like Thierry. He said that Arsenal & Henry go hand-in-hand as he was the most unique and one of the greatest players to have blessed the sport.

However, Jesus suggested that he did not want to be the next Thierry Henry. He just wants to make a name for himself in the club’s history. Gabriel claimed that he would be there for 90 minutes in the box each game, trying to score and helping his teammates with assists, covering the ball, and running in his style without stopping. Jesus concluded, “Helping my team, helping my team-mayes. Yeah, that’s me.”